Photos of the Week - Strapwalking

This one is going to be my last Lake Calhoun set of photos for a bit (or until I get back out there).  I got these just over a week ago on one of the most glorious days of the year.

So there I was, ambling around Lake Calhoun, enjoying being outside and wondering if there would be anything new or different to shoot (or, even more of the same, meaning assorted birds).  The place was nice and crowded, with people doing all sorts of games/sports/etc., relaxing, enjoying the water.  So I stopped and tried to get some shots of the people with the city in the background.  None really special or worth posting, so I continued along the path.

And then I spotted someone levitating several feet in the air.

I stopped and looked for wires, but didn't see any.  So, I walked closer and, once there were no people obscuring the view, I could see what was going on. 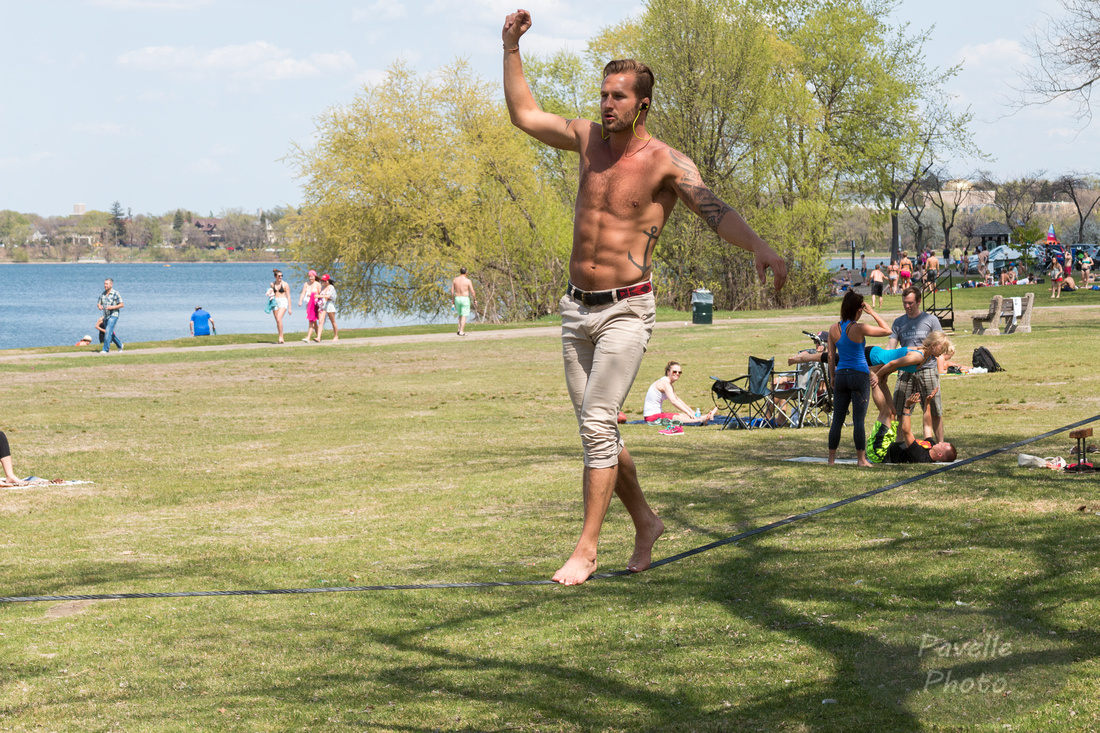 If it's not clear, the strap is several feet off the ground, even with him standing on it.

Needless to say, I was intrigued, so I wandered over to get a better view and see whether it would be alright to take some shots (the answer to which, obviously, was "no problem").  Here are some more shots. 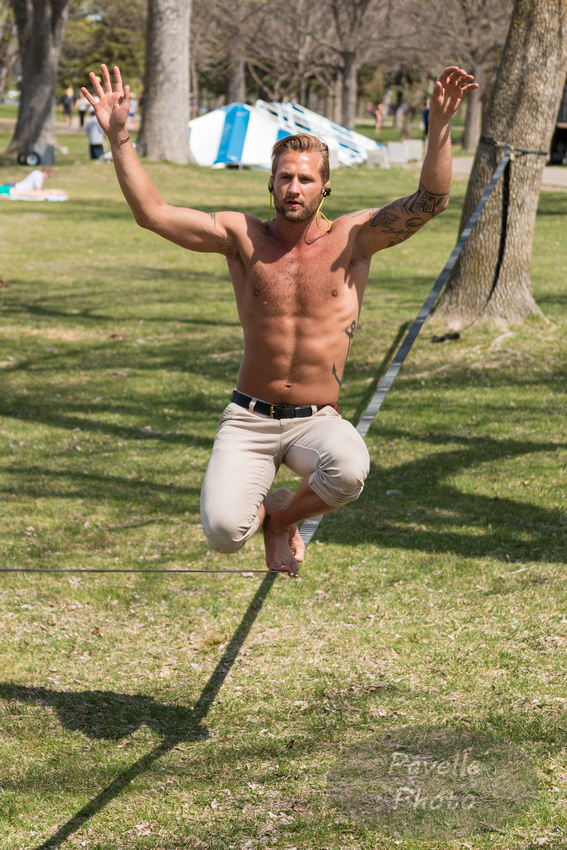 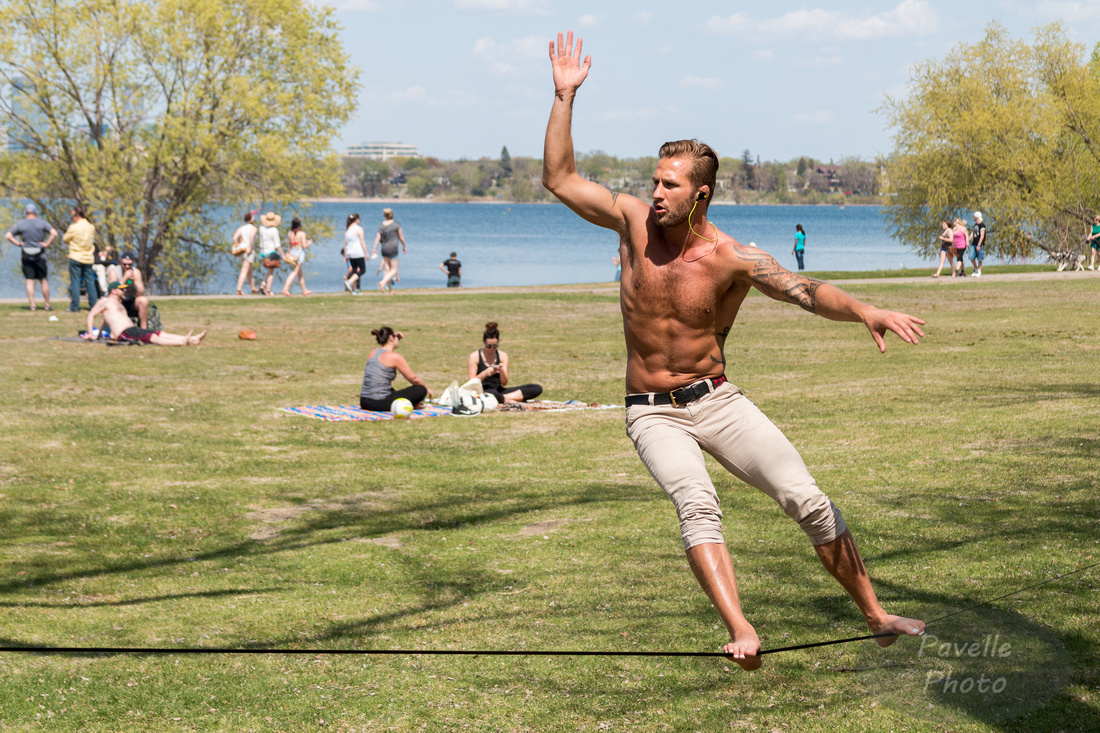 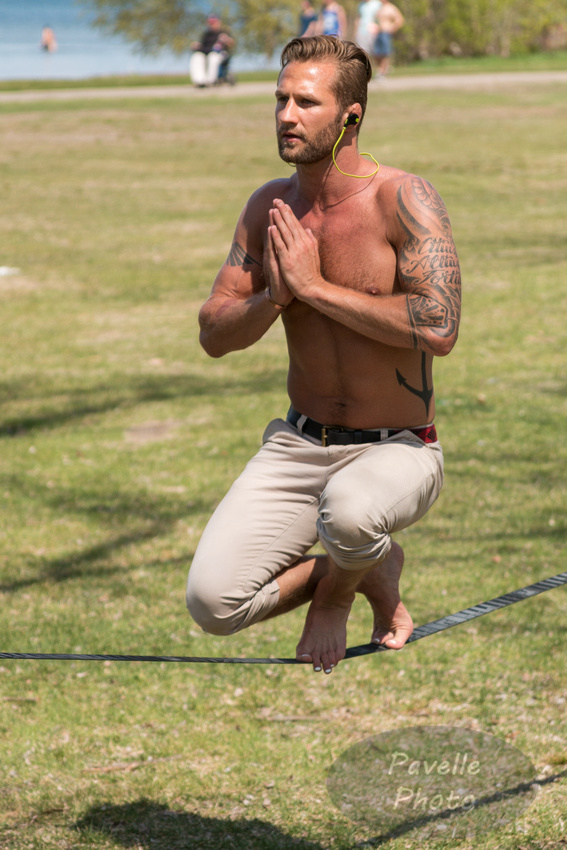 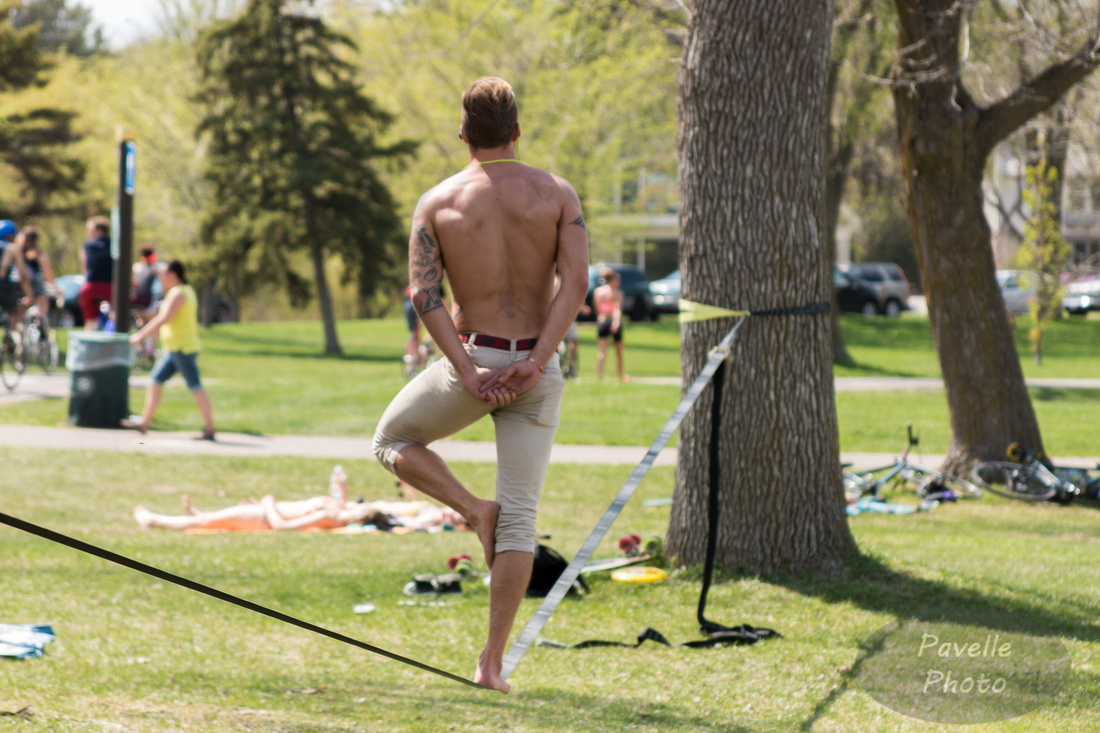 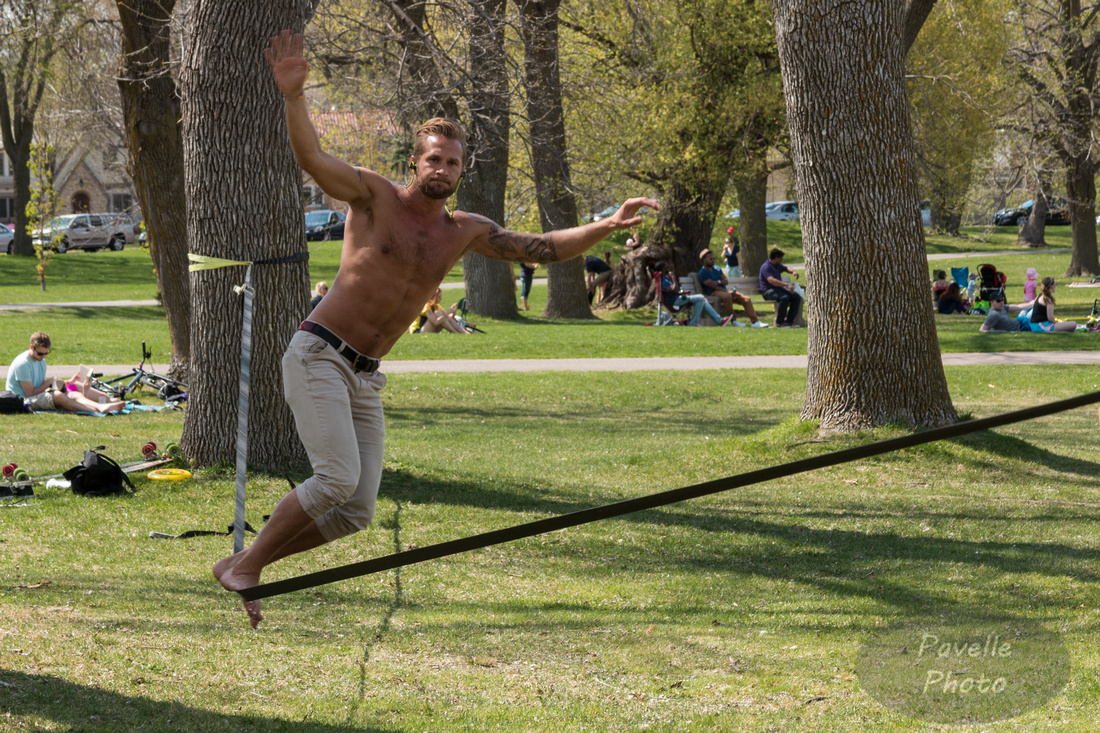 The gentleman's name is Jordan Below.  He told me that he does this as a form of meditation.  It is fascinating to watch, from walking to bounching to posing, to, for want of a better phrase, surfing (that's what the last couple of shots show, him swinging the strap from left to right while balancing in the middle).

He even offered to let me try.  The combination of jeans, camera, and feeling out of shape led me to decline.  I've regretted that ever since.  Maybe I'll run into him again sometime.