Photos of the Week - Hairless Raptor

Continuing with shots from Lake Calhoun a couple of weeks ago...

I was walking around the lake and someone mentioned there was a bald eagle in a tree a bit farther along.  So, I kept walking and, when I got to the place indicated, saw nothing.  Continuing along another quarter mile or so, I found this one:

But, as you can see, it was hiding behind small branches.  And it didn't like me trying to get closer and flew off back the way I had come.

So, I turned around and sought to follow, presumably after it settled in somewhere.  I asked some people along the way, but they only said it had flown past.  Then, somone pointed out a pair circling high above.  I tried to get sme shots, but only managed some eagle dots.  At that point, I figured I'd just head back to the car and leave.  But, on the way, I came across this: 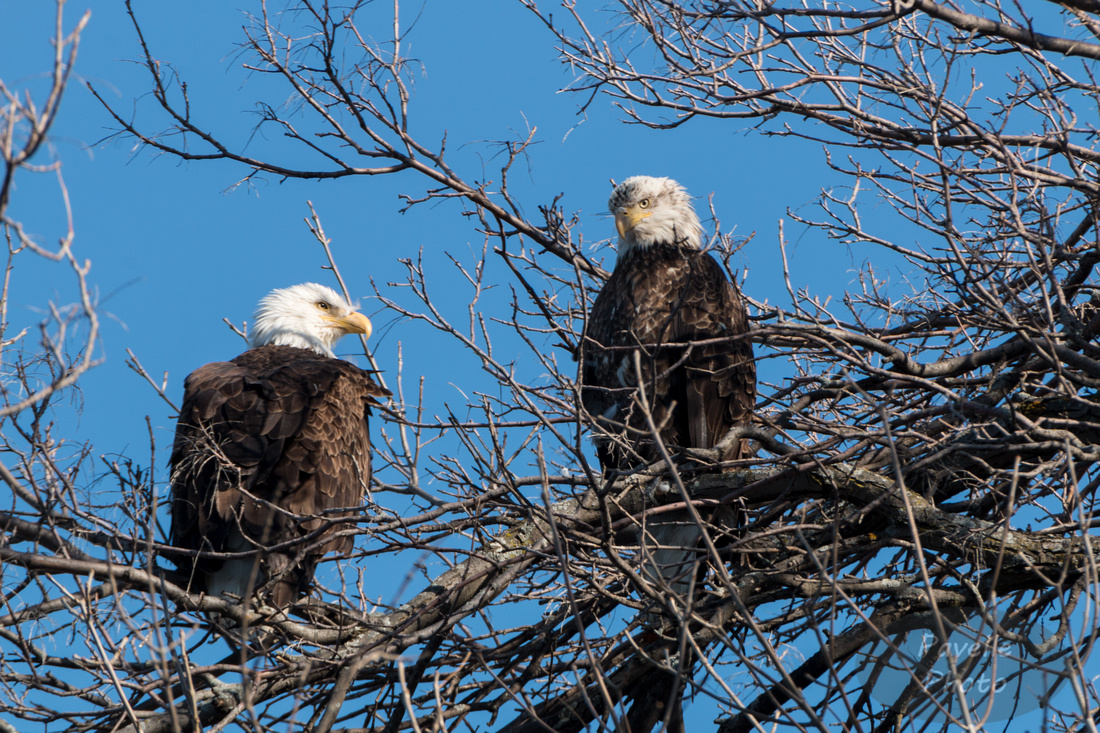 That's right.  A pair of bald eagles sitting on a tree over the path back to my car.  So, I settled in for the next hour trying to get some decent shots and hoping to capture a good image when they decided to leave.  That last hope was in vain (since they caught me unprepared), but I did manage to get a couple more shots I like.  Hope you do too. 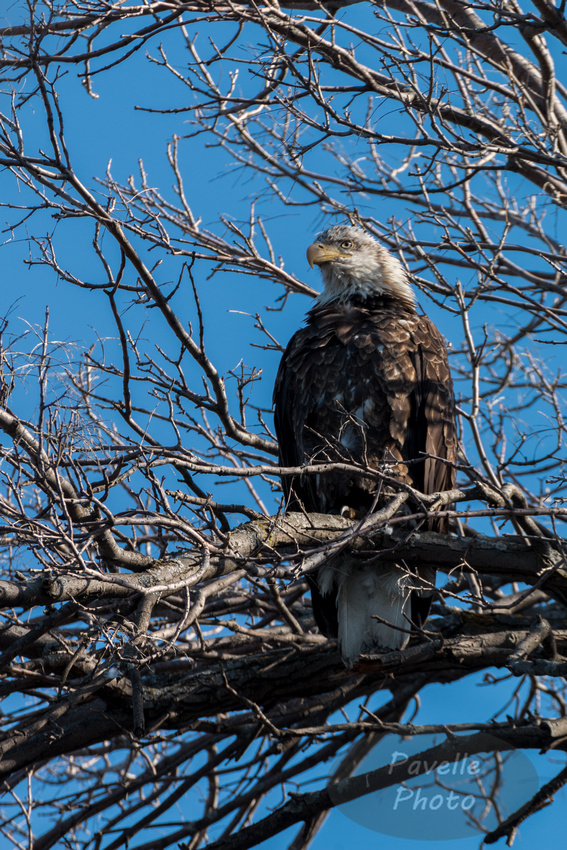 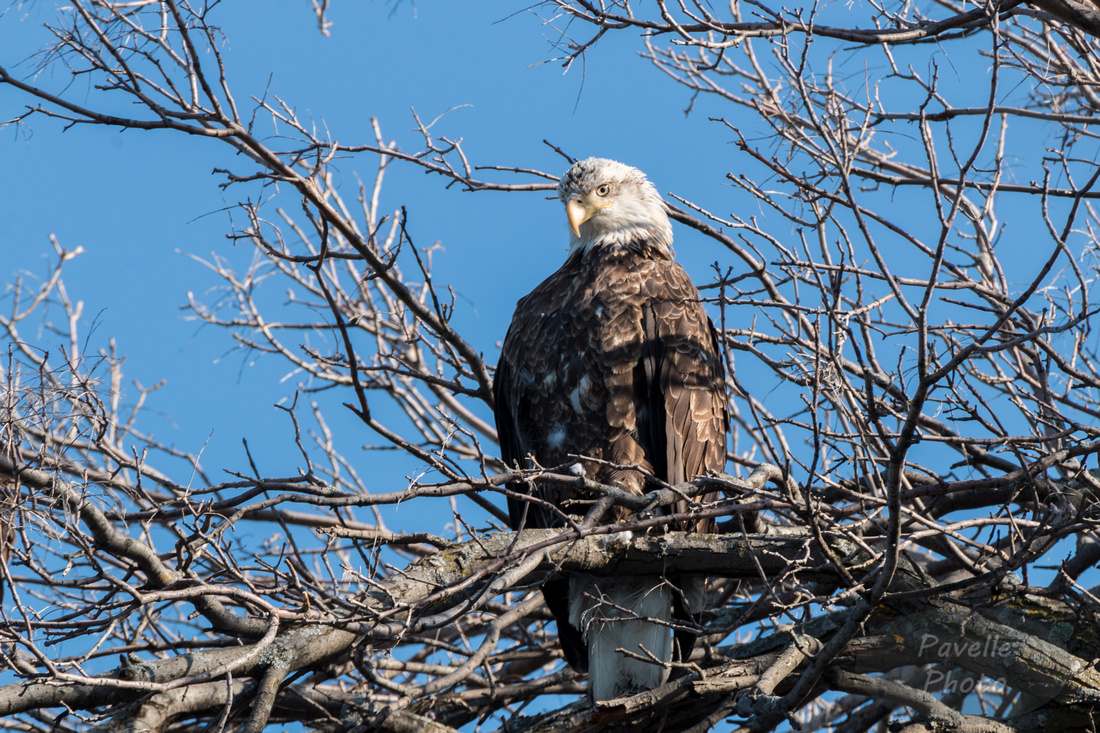