Photos of the Week - But that's not right

I'm going to start by posting some photos from Telc, a nice little town in southern Bohemia, and then I'll get to the explanation of the title. 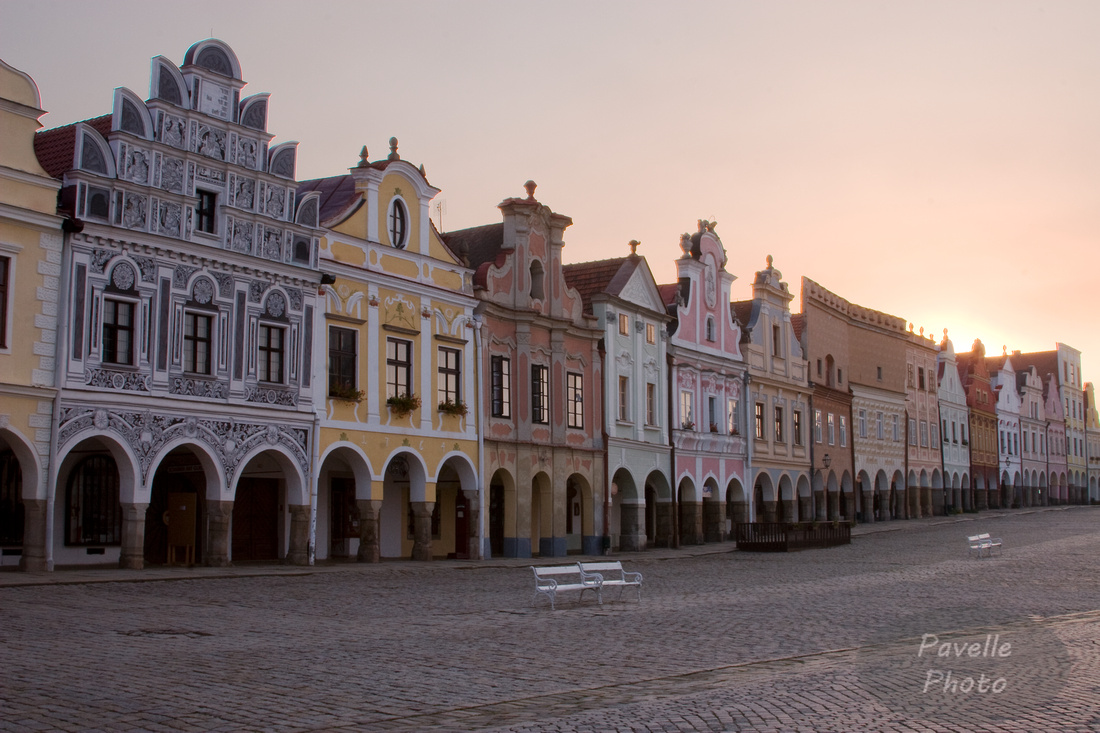 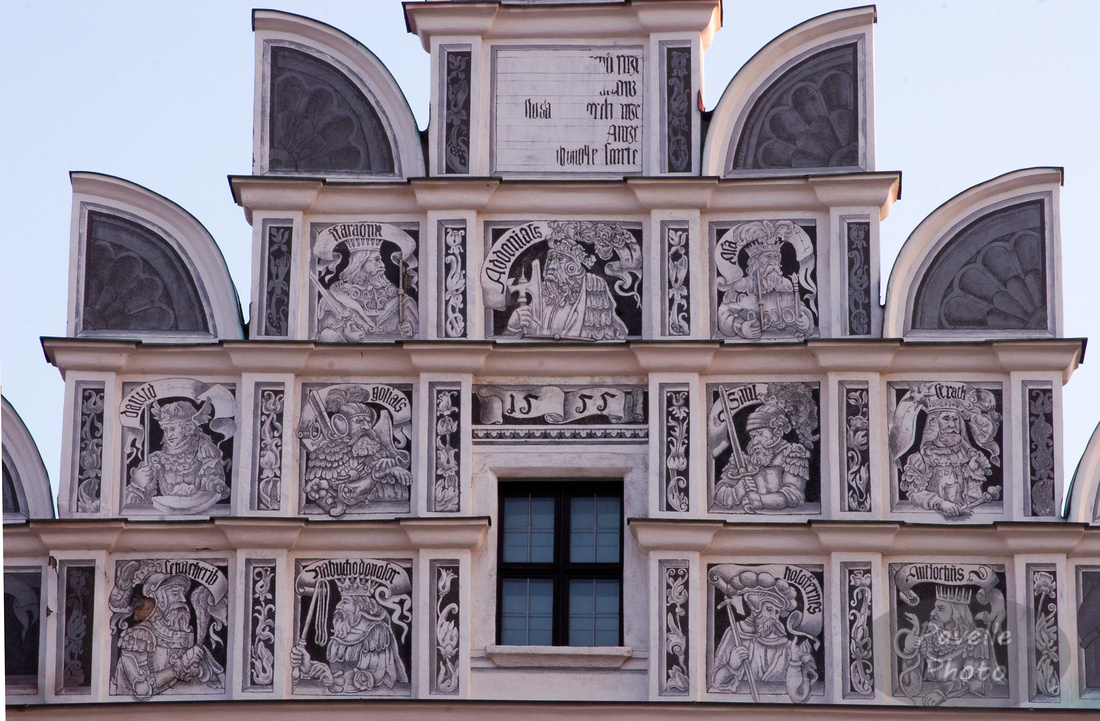 I was on a photo trip in the Czech Republic almost 7 years ago now when we stopped in Telc.  As you can see in the first image, many of the buildings are quite decorative and decorated.  Someone on the trip mentioned that, back in medieval times, it was quite common to have that sort of drawing and writing on buildings.  In fact, they said that this sort of decorative style was the origin of the word "grafitti".

But, that's not right.  It actually comes from a pottery process of scratching designs into pots, and was later applied to inscriptions and pictures done on walls that were seen in ancient sepulchres (examples of which are apparently visible in Pompeii).  So, that term and practice go back millenia.

Then I got to thinking.  I had heard that the word "story" (in reference to a floor of a building) originally came from a practice of writing stories or drawings on buildings.  Maybe this wasn't grafitti but a story.

But, that may not be right either.  I checked and there is no accepted origin of how building stories came to be called that (some say it derives from the same root as "history" and ties to the drawing of biblical pictures/stories on buildings; others thought it might be based on "stair").

It apparently was a medieval (14th century) practice to draw pictures and such on each floor of a building (so that part fits), but the term is older (12th century or older).