Photo of the Week - Innovate

On one of my first visits to the Arboretum ever, I went with a somewhat preconceived idea of a photo I wanted to capture.  I'd seen several examples of eddies in rivers that had leaves swirling around in them which, in a longer exposure, created colorful circles.  I wanted to get something like that.  So, I wandered around looking for eddies, finally finding a promising one at the bottom of some falls.

That was when several issues became apparent.  The first was figuring out how I wanted the water to look.  I knew I wanted a somewhat slow exposure in order to smooth the flowing water and to help emphasize the circular motion of the eddy.  But, even at the lowest ISO setting and smallest aperature, I couldn't get the effect I had in mind.  Then I remembered reading that a polarizing filter was neutral (ie. won't affect color) and could slow an exposure by 2 stops.  So, using that setup, I was able to get the 2 second exposure that I was ultimately after.

The next problem was situational.  The whole idea was to show leaves circling in an eddy.  But, there were no leaves in the eddy.  And, the ones that were in the water weren't moving.  It occurred to me that dropping leaves into the water might work.  But, the camera was set up on a bridge and the eddy was a significant distance away.  So, I set the timer and ran, dropping a couple of leaves in the water; above the small drop and then directly into the eddy.  Neither showed up well in the final image.  So, next step was larger handfuls [fortunately, it was later in the fall, so there were plenty of leaves].  Dropping them up top didn't do much.  Dropping them into the eddy, though, seemed to do the trick.

So, here are the best two photos from that shoot.  The top one has better color (I especially like the mix of red and yellow), and I like the sorta paisley shape.  The second one has stronger color and a better composition (the rocks framng the streamlet, and the water at the top right  balancing the eddy at the lower left, creating a good diagonal). 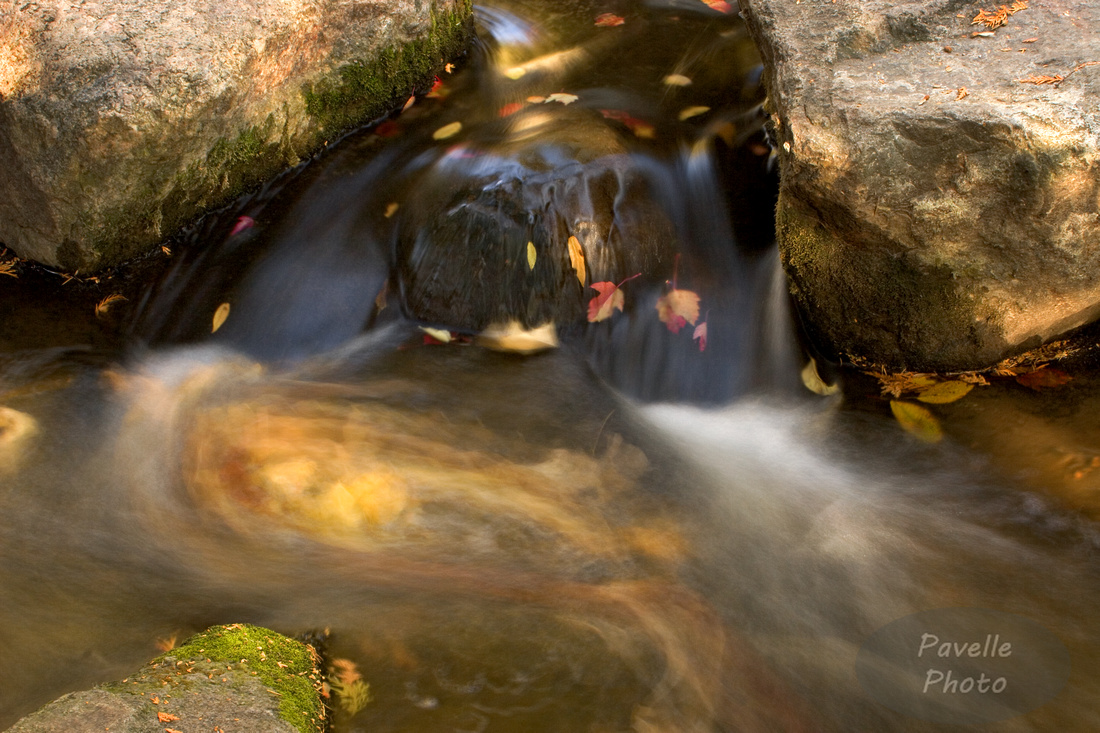 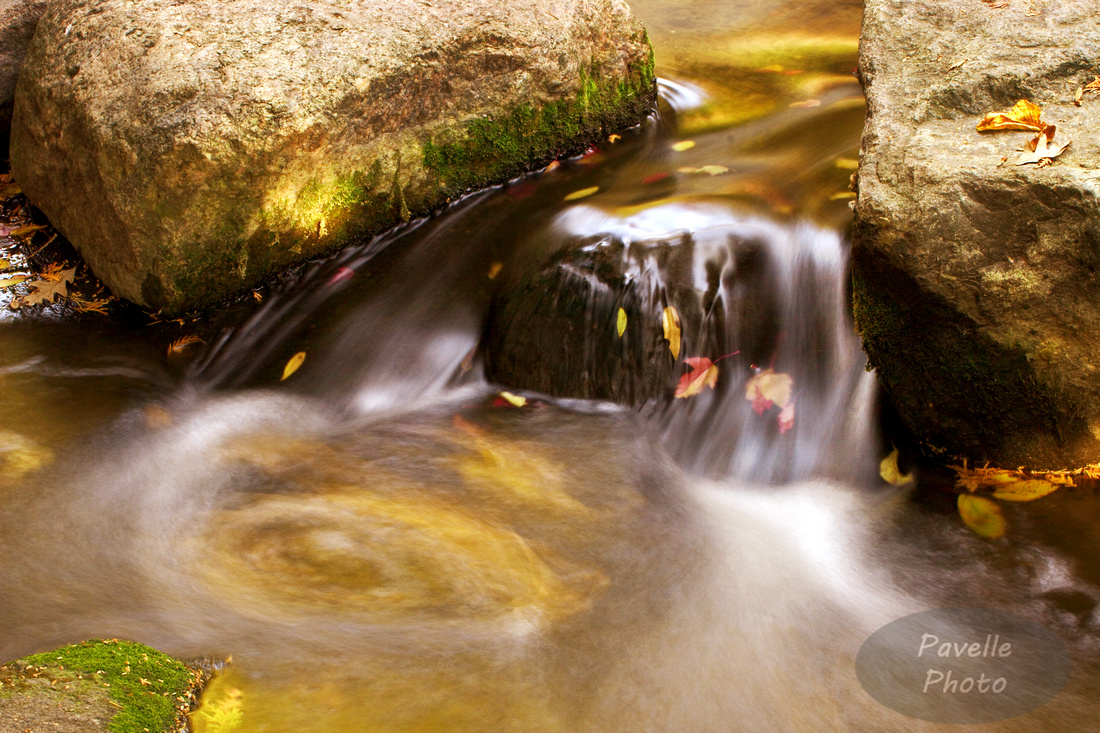