Photos of the Week - Stumped

Maybe 10-15 years ago, I was on a photo trip to northern Minnesota, probably to shoot fall foliage (since that's why I've almost entirely been that far north).  Regardless, I was wandering through some woods looking for something interesting to shoot.  What ultimately caught my eye surprised me...a slowly decaying tree stump.  I think it had a sapling growing out of it, or at least nearby.  It was that contrast between old and new growth that appealed to me.  The cycle of life in trees.  I tried to capture this feeling, but didn't like any of the shots that resulted.

Over the years, I've taken LOTS of images of tree stumps in various stages of decay.  I love the textures and colors.  Some seem like they contain miniature landscapes inside themselves.  And I've not been happy with the way any of those came out either.

This past weekend I was down at the Arboretum, wandering around taking some shots of a new statue that was recently installed.  Close by there I spotted the stump seen below (across the path was the second one).  Both of these shots work for me.  The stumps stand out enough to be the subject of the image, but the leaves let them blend into the rest of the scene.

Interestingly, none of the shots that were closer worked as well.  On their own, the stumps couldn't provide enough interest.  So, maybe next year I'll try using this approach to many of the ones I've failed to capture to my satisfaction.  That possibility excites me. 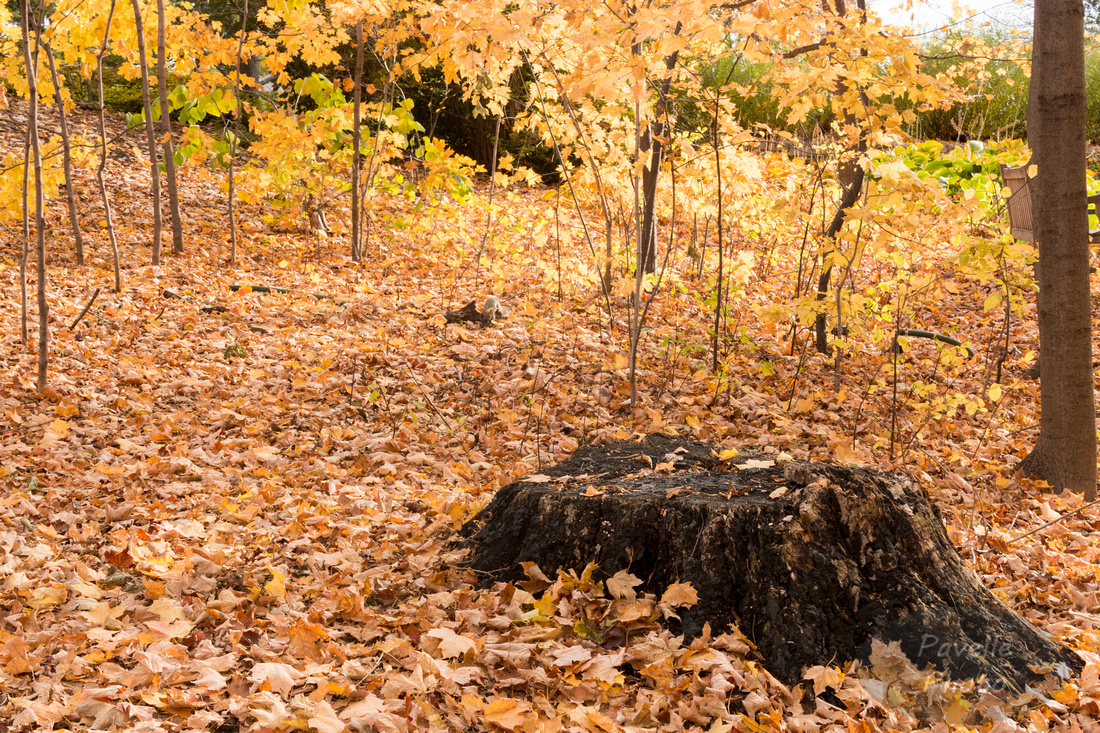