Photography: Shooting in the Wilderness

My parents moved to Virginia around 6 years ago.  I get to see them several times a year, but almost always as part of a family get-together.  So I was quite happy that circumstances worked out so that I could visit with them solo a couple of weeks ago.  As I've mentioned elsewhere on this site, my parents were the ones who first inspired and encouraged me to get into photography, so when they asked what I might like to do while visiting, my obvious answer was "go somewhere interesting to take photos."  Some recent outings on their part plus a bit of research let us discover that fairly nearby was the site where the Battle of the Wilderness took place (May 5-7, 1864).  So, camera gear in hand (and in vest and around neck), we set out. 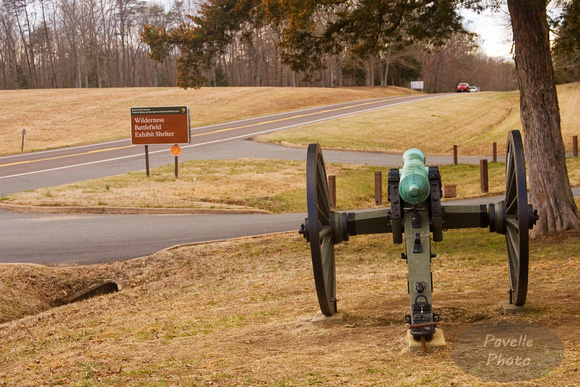 The Saunder's Field site (the first of several that comprised the whole battlefield) is just that; a field on either side of the road with an information kiosk that details what went on where.  There are two things that become quickly apparent:  First, beside the cannon and an ammunition wagon (or what I'm assuming is one), the site is pretty much an empty field with little visible from the battle.  Second, it is a LOT smaller than I would have ever guessed.  It is really hard to imagine 50-100,000 or more fighting there.  No wonder there was so much carnage. 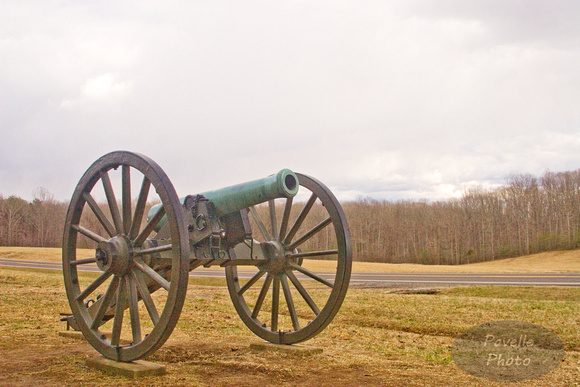 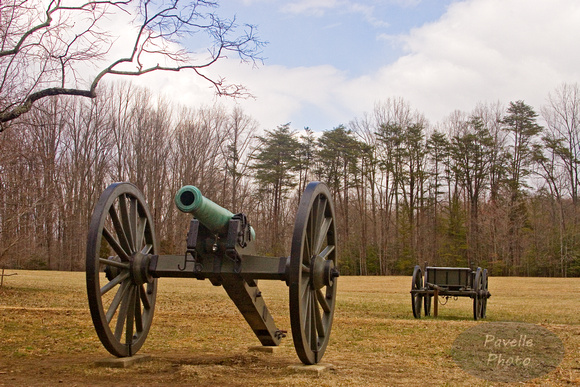 So, first I played around with the cannon and wagon; solo and together, different angles.  Since there was a road that ran through the battlefield that is the same as modern highway, there was no need to try and hide it in hopes of creating a more historic view (and I like the first image where you have a gunner's-eye view, ready to fire on the oncoming car). 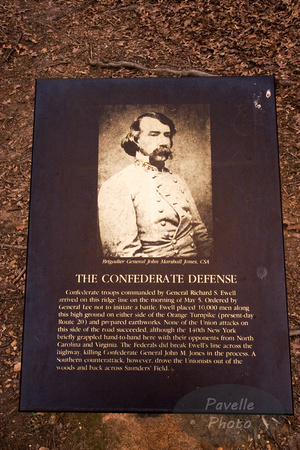 I like to shoot signs, monuments and labels.  They help remind you what you are seeing after the fact and also help put the images in context. 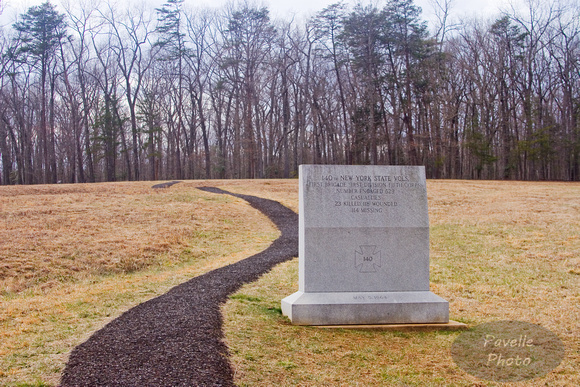 If you can't read this one, it reads "140th New York State Vols/First Brigade First Division Fifth Corps/Number Engaged 529/Casualties/23 Killed 118 Wounded/114 Missing/May 5 1864"  As I said above, this becomes much easier to believe when you see the small size of the battlefield. 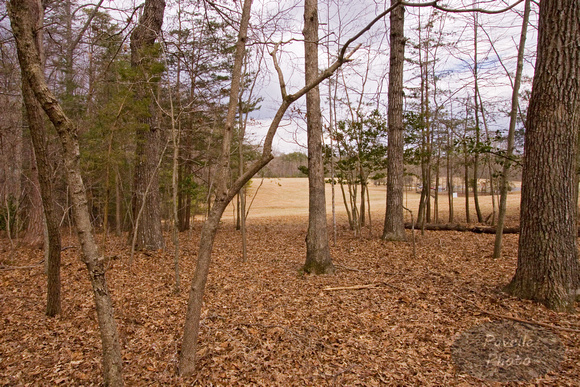 It was called "The Wilderness" because a lot of fighting took place in the surrounding woods.  This shot was taken just into the woods (which are apparently very different than they were at the time).  Signs say to keep off the remains of trenches in order to help preserve them, so they are much harder to get good shots of.

Across the highway is where the Confederate line was.  Some of their trenches are still extant.  This wide angle stitched panorama shows their view.  Unfortunately, it also distorts the size field and the shape of the trench.  The small copse in the center (just above the left sign) is the parking area and is at most a quarter mile from where I was standing.

Parting thoughts on the shoot/tips for those who may visit in the future:

First, if I have the chance I'd go back when the weather is much better (or at least warmer so I wouldn't feel like rushing as much).  Closer to the start of May (when the battle occurred) would also add a more accurate feel (I suppose it would be ideal if there were people in period dress recreating the battle).

Second, I'd try to play around more with other lenses.  When I was there I wanted shots that showed as much of the field at one time as possible.  As i noted above, this distorts the size of the battlefield in a way that I would try to minimize.

Third, I'd take more time in the woods and really try to find a way to incorporate the trenches.  This is probably the hardest thing to do since the woods themselves are not all that interesting (or at least, no different from any other woods) and are not the same composition as they were during the battle.