Back in January, the challenge from my friend Cynthia was to show the city on a specific day.  The challenge this time was to pick a subject and show off that subject during the month of September.

I chose to shoot waterfalls.

Turns out I should have tried to think of a different subject.  Not because I didn't get some images I'm happy with (I wouldn't share them if I wasn't), but because circumstances conspired against me in multiple ways.  September has been fairly dry, so the waterfalls i went to were mostly at a very low volume.  It has also been a very hot September and I don't do well when it is hot.  I'm not a morning person and all of these really wanted to be shot early in the day in order to avoid hot spots/shadows (overcast would have also worked, but it's been sunny).

I also decided to avoid anyplace I have taken photos in the past year or two in order to make these fresh.  So, nothing from the Arboretum, Minnehaha Falls, or St. Anthony Falls.

So, without further complaining or downplaying things to what I am realizing is an absurd degree, here are the results.

I'm not sure how to classify this waterfall.  It has obviously been altered by people, but its location indicates that it is probably a natural waterfall.  I wanted to include the surroundings, and I also like the way the foam outflow adds an extra area of interest. 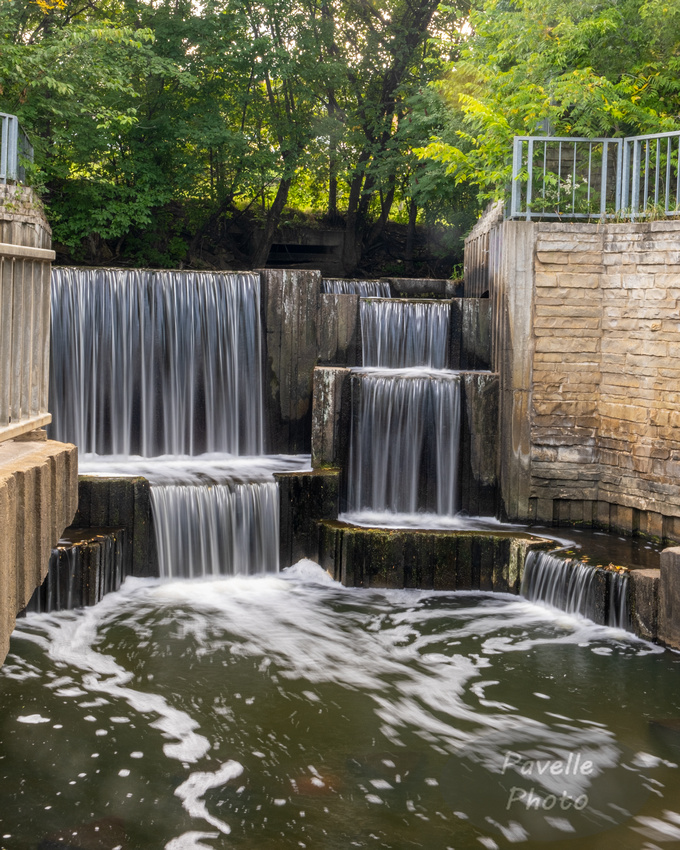 One of the reasons I chose waterfalls as a subject was to visit some places I haven't been to in a long time.  Hidden Falls is one of those.  I actually went there a couple times since I had some equipment and light issues on my first visit.  One of the things I discovered is that, if the light is not great but still OK, convert to black and white. 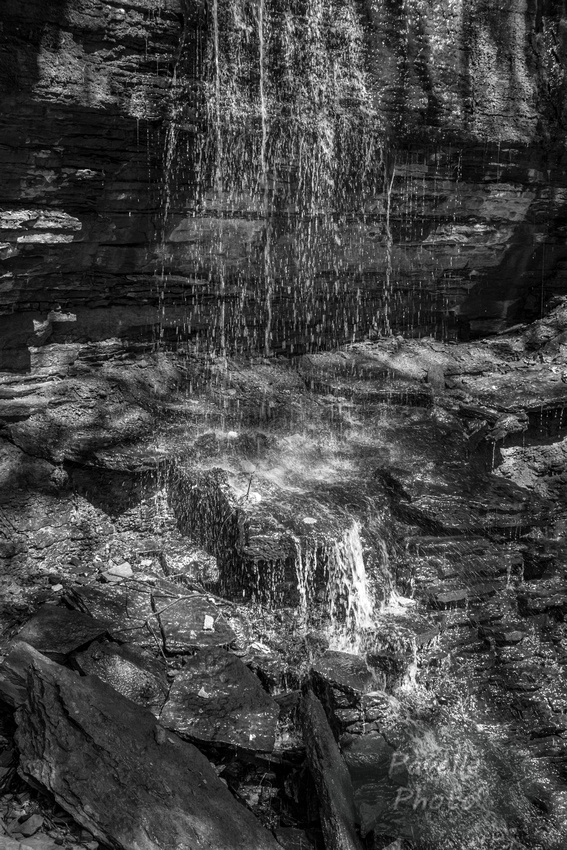 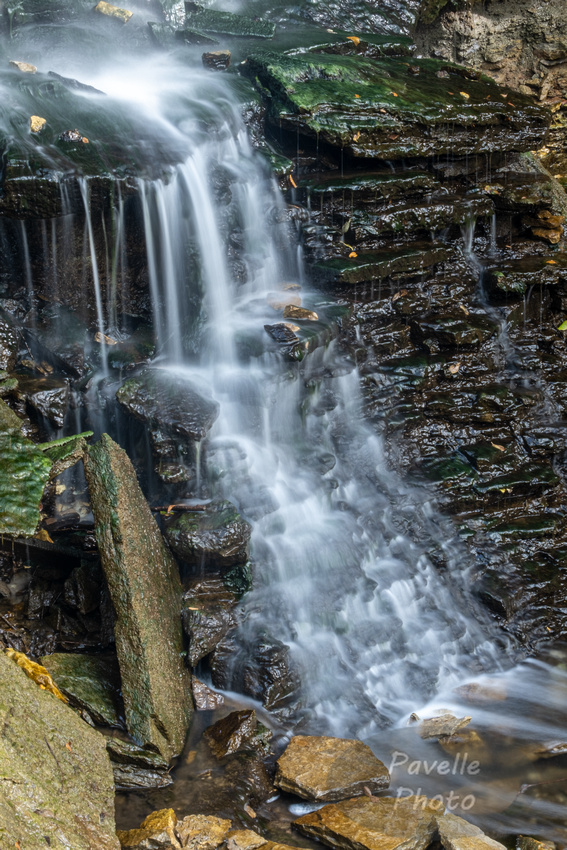 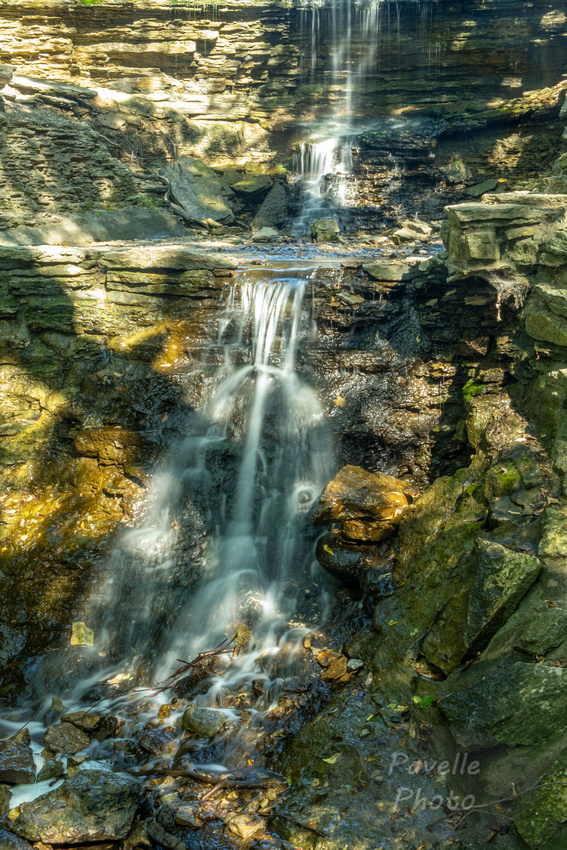 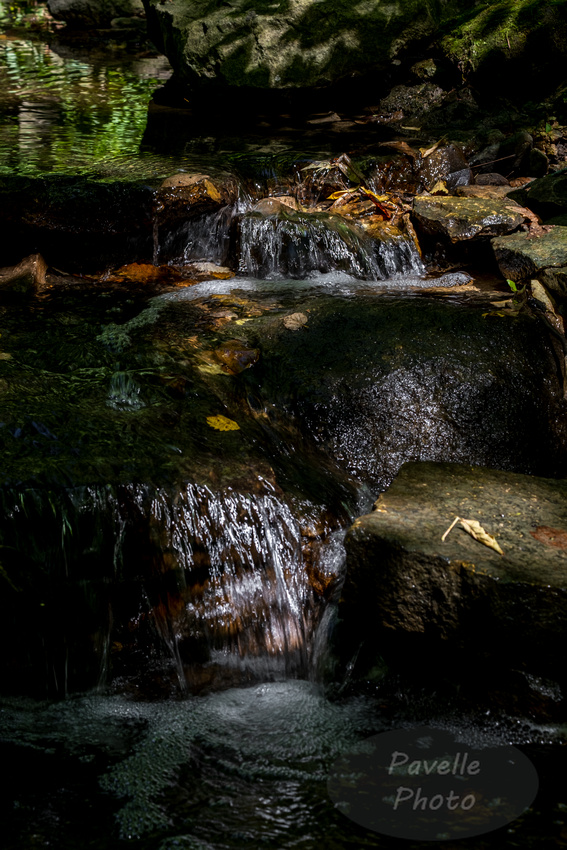 I don't know if that last one actually counts as a waterfall since it is maybe a foot from the top to the bottom (it is a series of drops in the river downstream from the falls above).  What struck me was the individual bright falls spots while the rest of the image was much darker/almost black.  Processing was really hard, but I'm satisfied with the result.

I had never heard of Shadow Falls before this project.  I found out about it by Googling "waterfalls near me" (I also found out about Webber Park that way).  Turns out there is a lot of scrambling required to get down to the falls along an all natural, somewhat sketchy trail.  And, 2pm was not a good time to visit because the light was all over the place.  These images were 7-image HDR composites in order to get as much detail and color as possible.  I do like the texture that comes out in the black and white version. 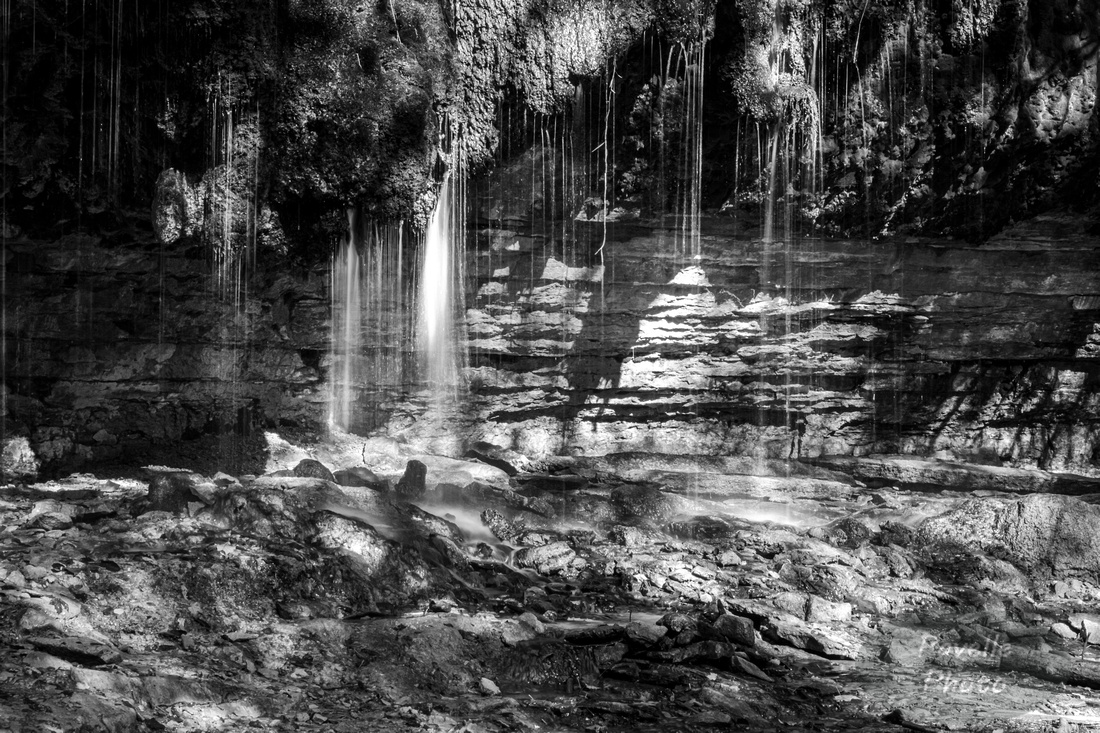 This is another one that I'm not sure if it actually counts as a waterfall since it is 2-3 feed from top to bottom.  It also seems like it might be man-made, but since it is overflow from a lake, I don't know for sure.  Because of the lack of water flowing, I only got decent shots of the bottom level. 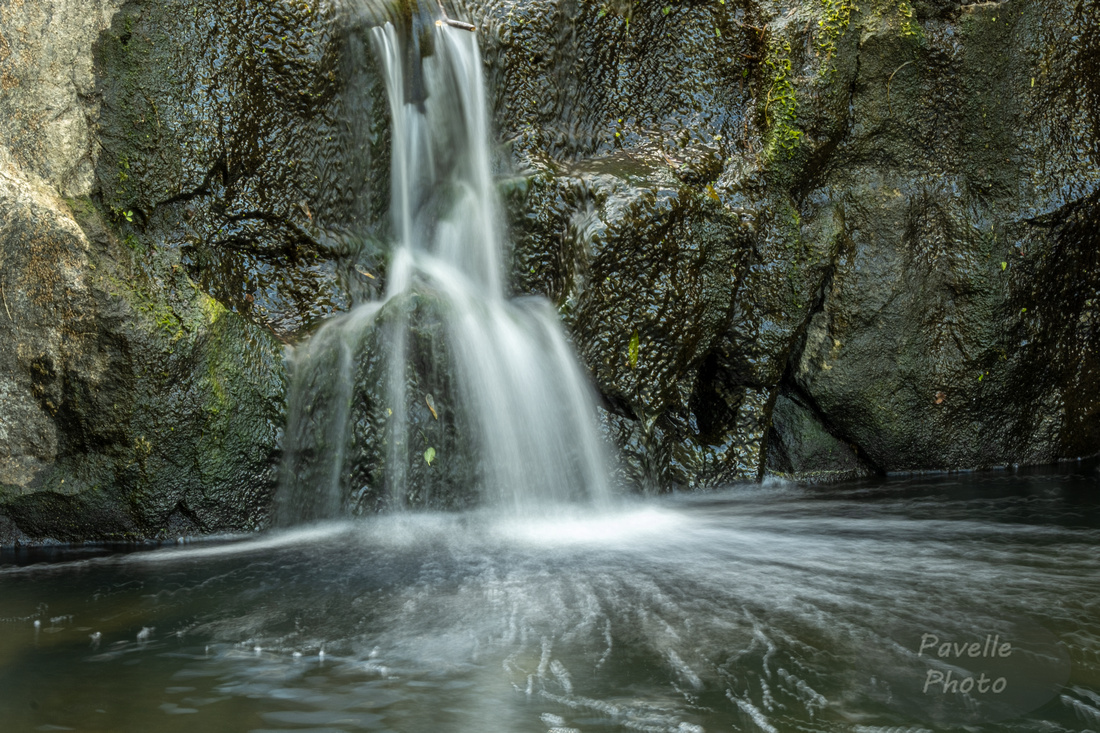 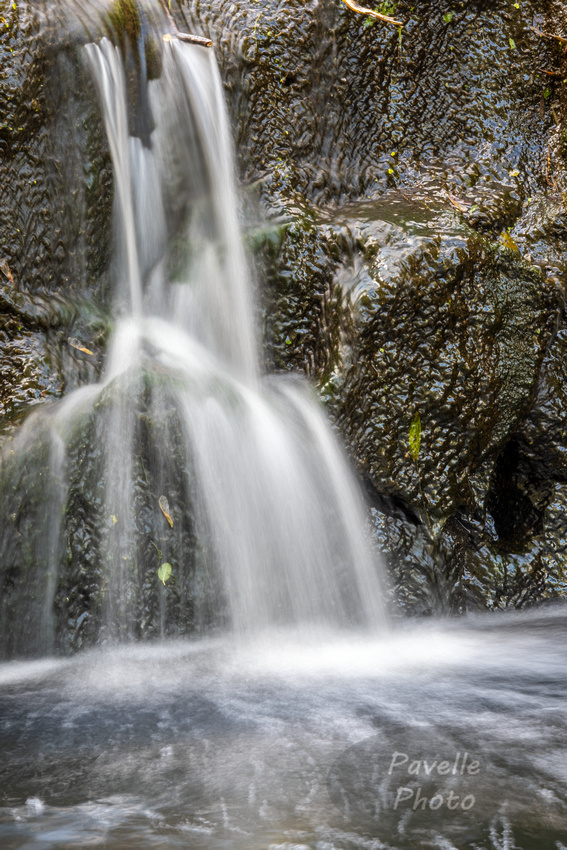 I haven't been to this park in probably 20 years, so it was another of the ones that made me want to shoot waterfalls.  This is one I actually got to early enough to avoid bad highlights. 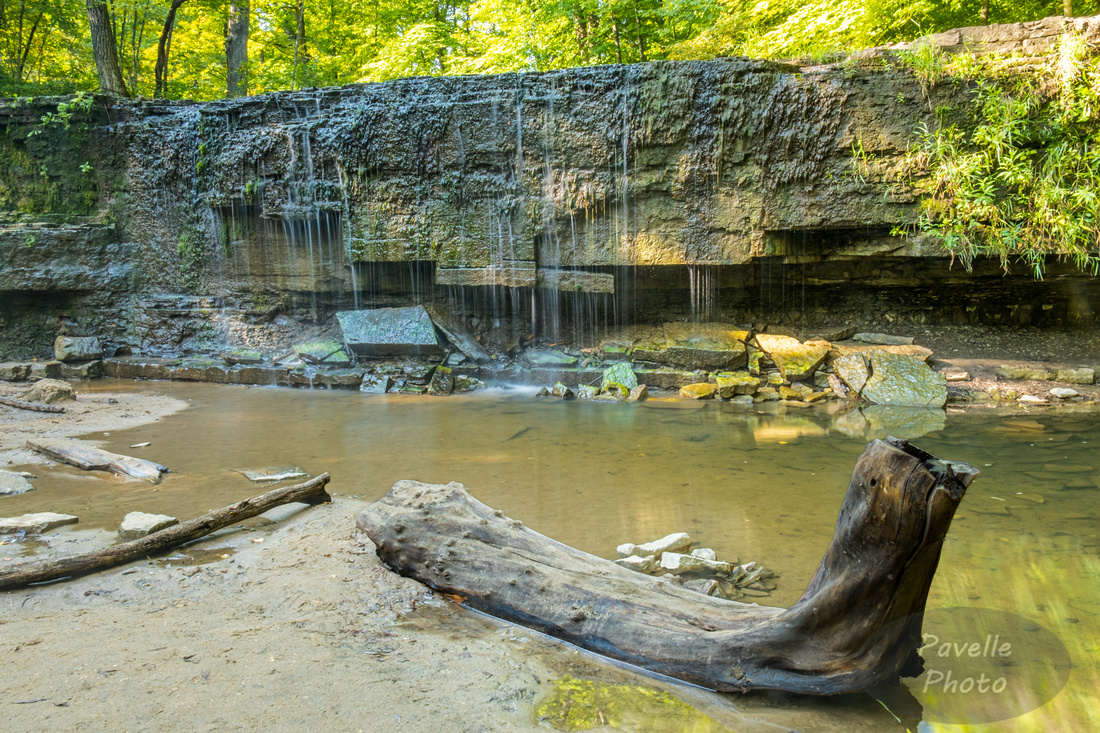 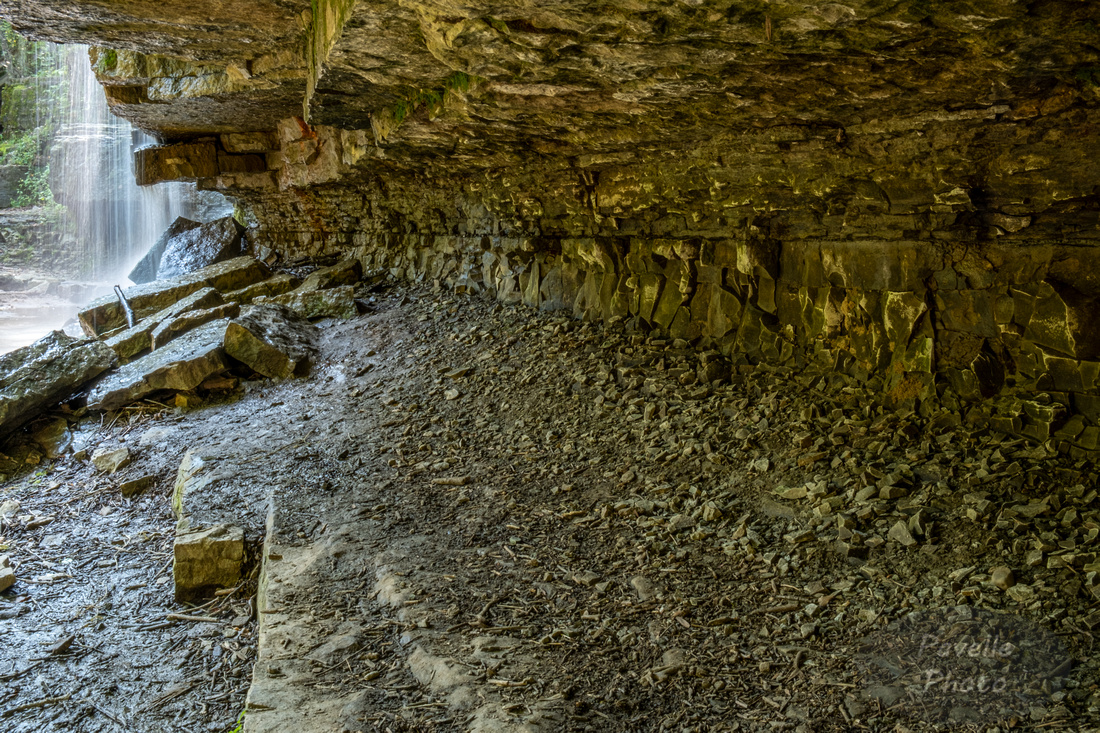 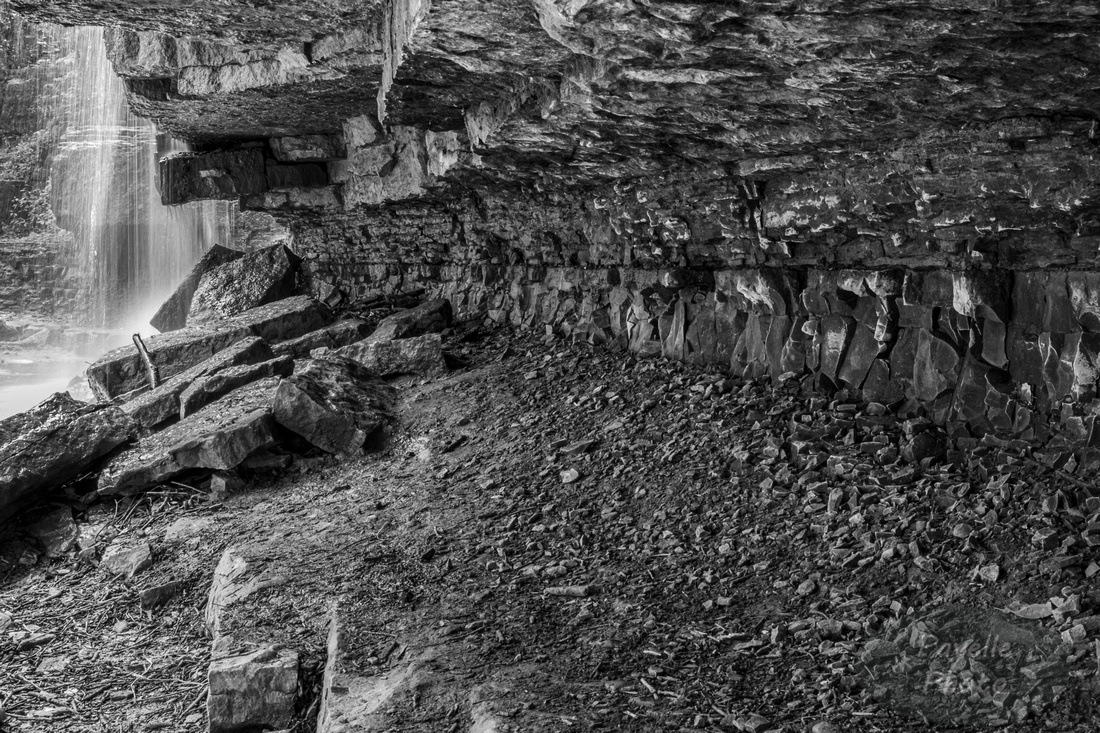 Those last two images were inspired by my friend Angie, who joined me there and at Hidden Falls in St. Paul.  She showed me her version of this shot, which had a lot more foreground; and later sent me a copy that she had converted to black and white.  I personally prefer having less foreground and color since it shows the falls better.

I went to college in Northfield, so I was fairly familiar with the falls in downtown.  It is also on the way back from Nerstrand/Big Woods State Park, so stopping there for lunch and to shoot made a lot of sense.  The falls image turned out OK, but what really intrigued me was the way the current was reflecting on the underside of the bridge.  The last image is that reflection, which might be my favorite on in the entire set. 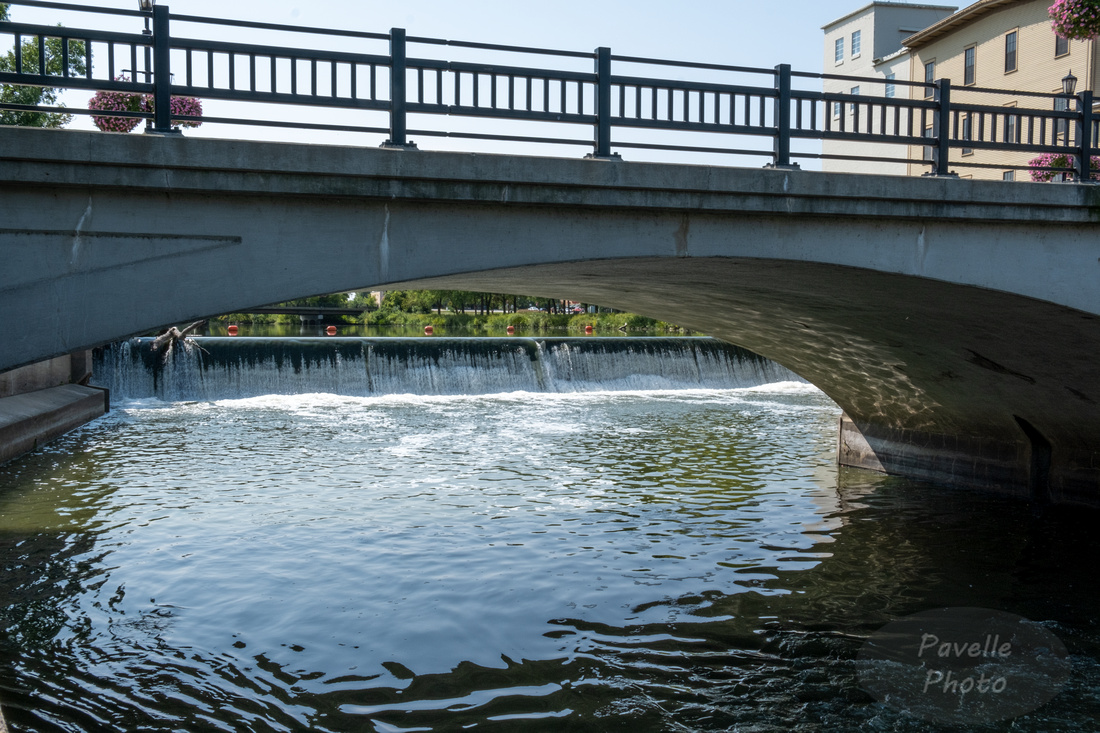 Cynthia(non-registered)
Roger, you have very obviously put a LOT into this ~ it shows! I am taken by so many of them, and think that overall the black and whites are not as strong as those in color. I don't have any of your reservations about whether or not some are technically a « waterfalls » or not because for me they certainly are. It’s water falling, right? While I find the last one intriguing, I prefer #3, # 5 and those from Normandale Lake Park. The slow shutter speed softens the water into something we don’t see with just our eyes, and the sharp rocks and leaves in the frame give us the details we need. Very intriguing and very well done, Roger, plus I know you enjoyed the process.
No comments posted.
Loading...
Subscribe
RSS
Recent Posts
Chasing Waterfalls Summing up the City The Challenge: Falls Supplement The Challenge: January 29, 2022 2019 - A Year of Few Photos Flooding and the working of an scene 2018 - Photo Year in Review A Day for the Birds Photos of the Month - Mostly Wood Lake Photos of the Week - Black and White
Keywords
photography minnesota arboretum bird flower minneapolis books birds New York City czech republic
Archive
January February March April May June July August September October November December
© Pavelle Photo
Powered by ZENFOLIO User Agreement
Cancel
Continue