Warning:  This will be a long post with LOTS of photos.

I know...I've been a very inconsistent blogger and poster of images.  Blame it on weather, occupations, and circumstances beyond my control.  Still, it wasn't until this past weekend that I really had a lot to share or discuss.

A couple of weeks ago, I was out at Wood Lake and got some fun shots.  There were these of a painted turtle: 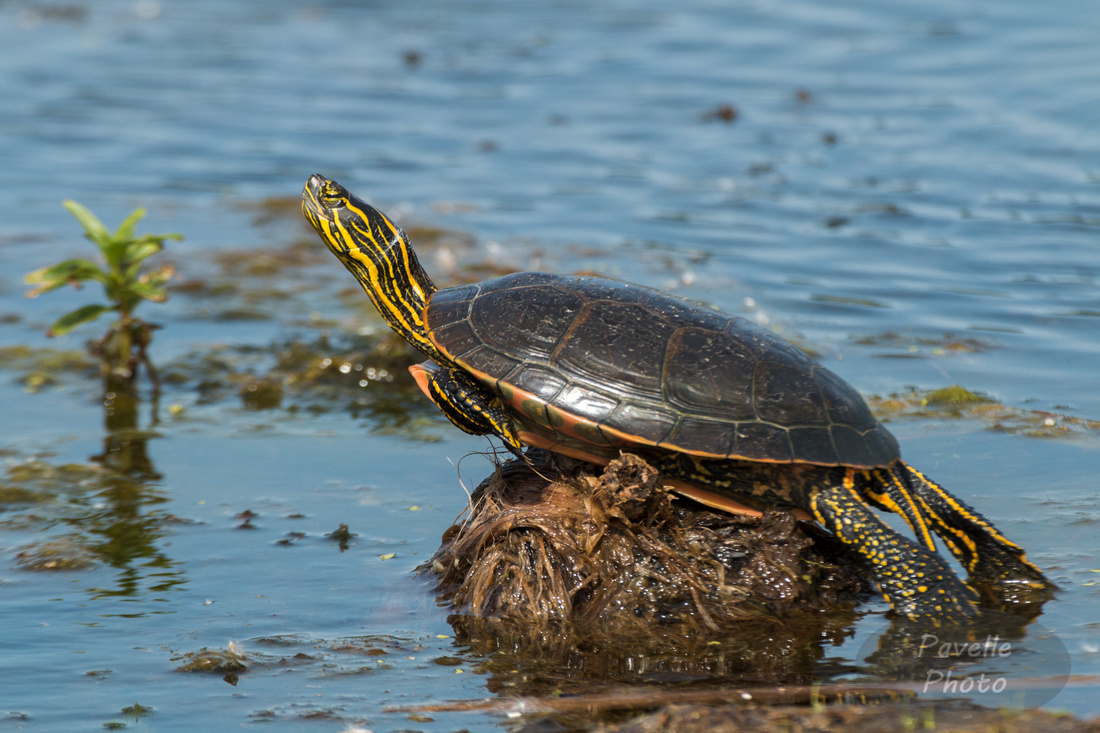 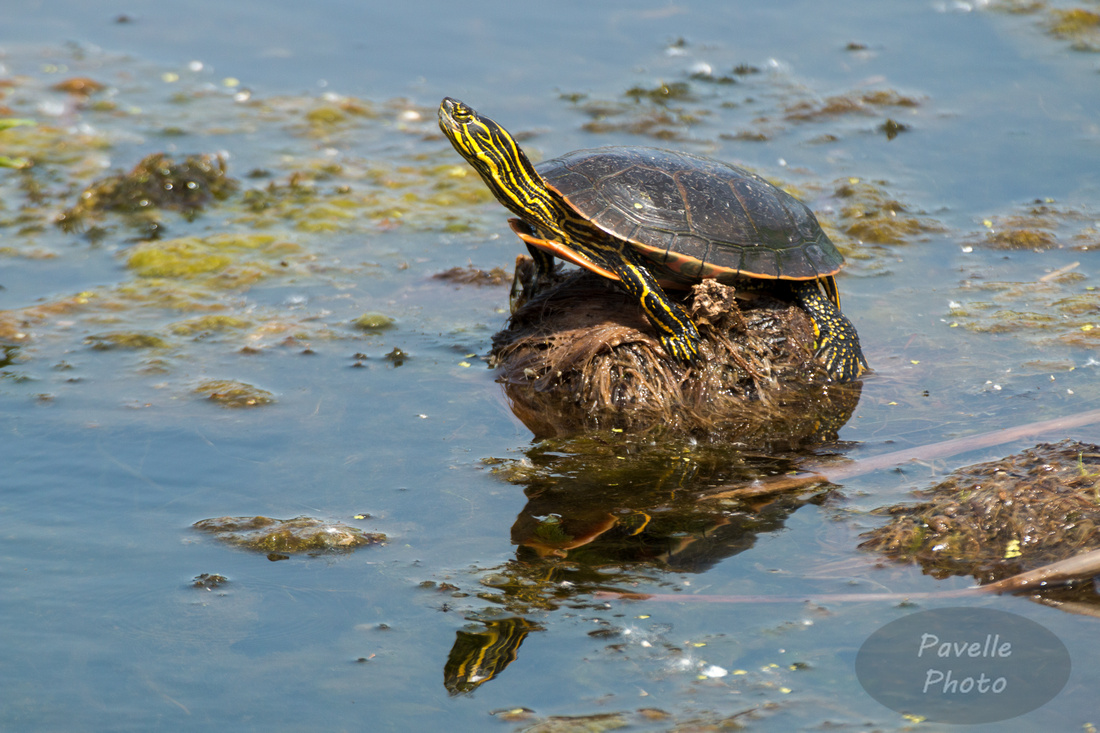 This one is a young muskrat: 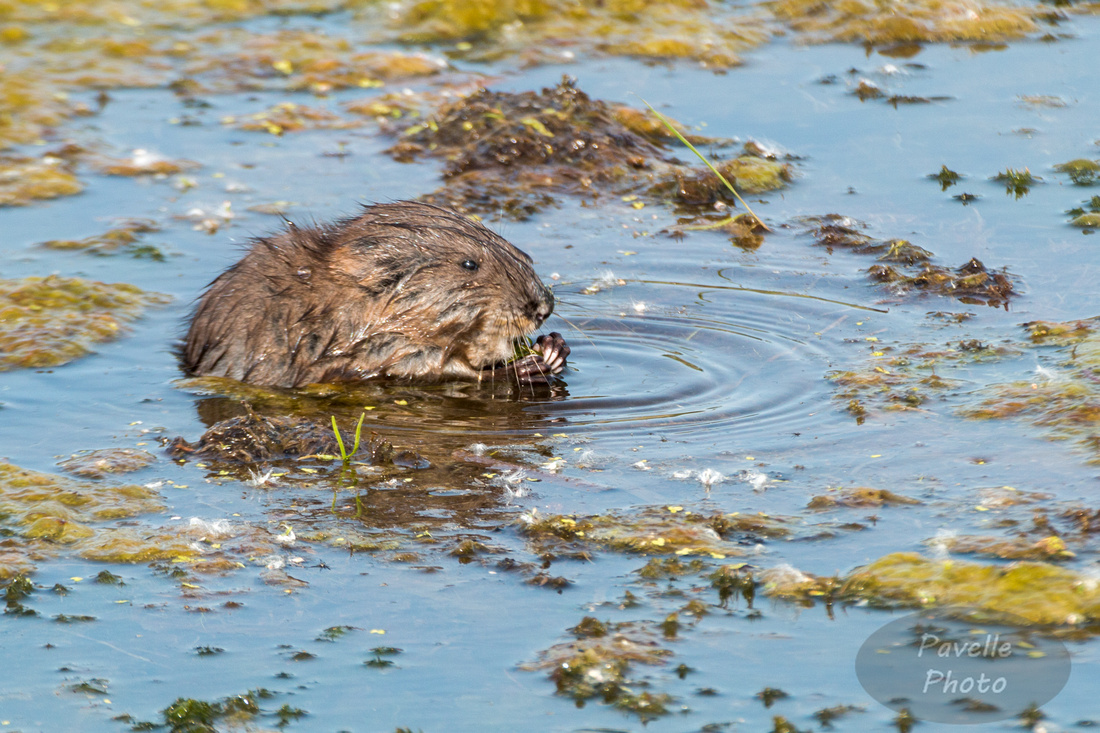 And I got this one of a green heron flying overhead: 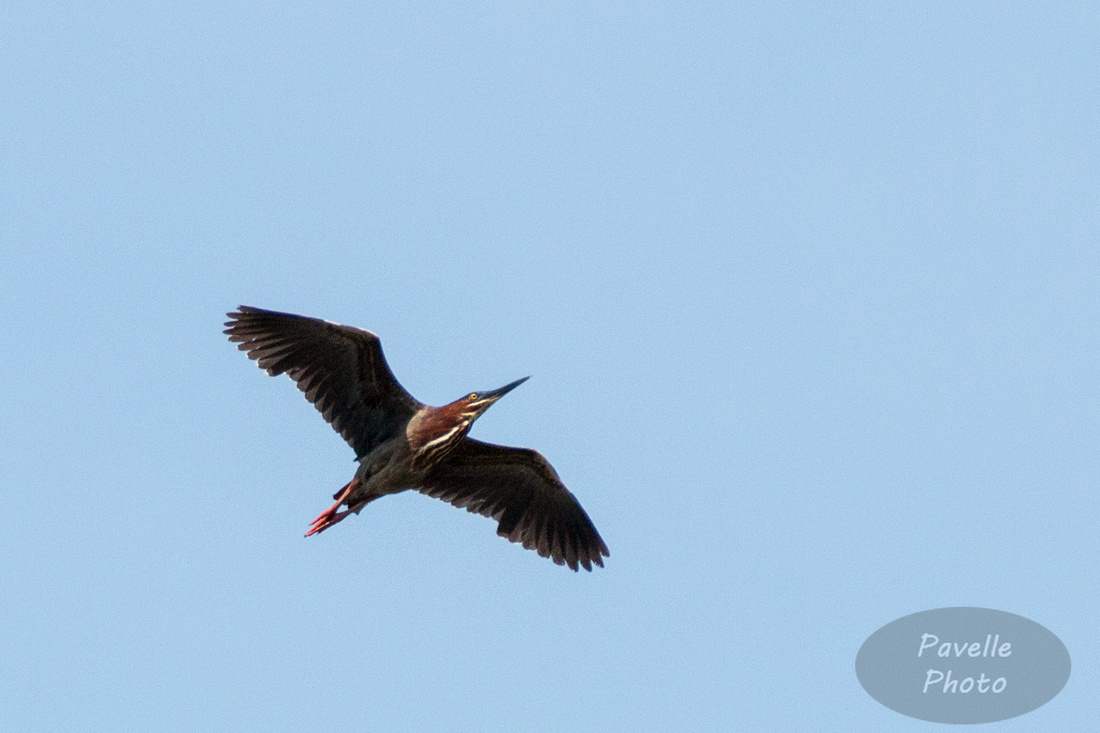 I've also managed to add to my collection of dragonfly photos, both at Wood Lake and Lone Lake:

This is a White-Faced Darter (also called a Yellow-Spotted Darter, for reasons made clear in the second image): 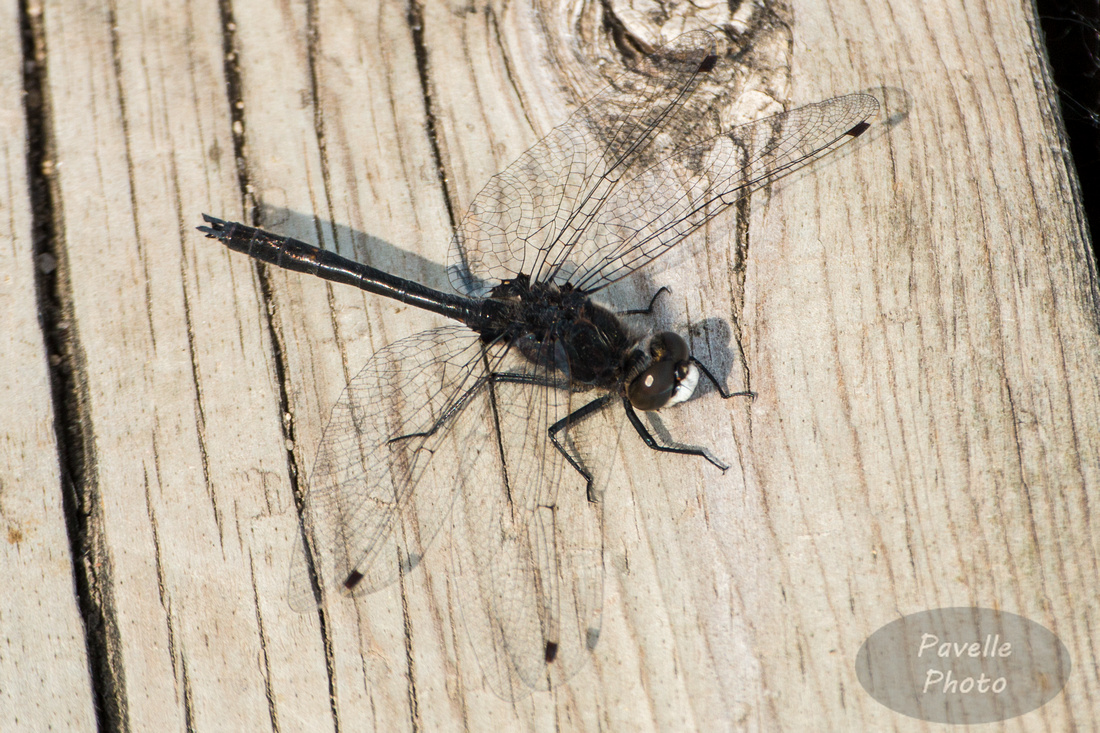 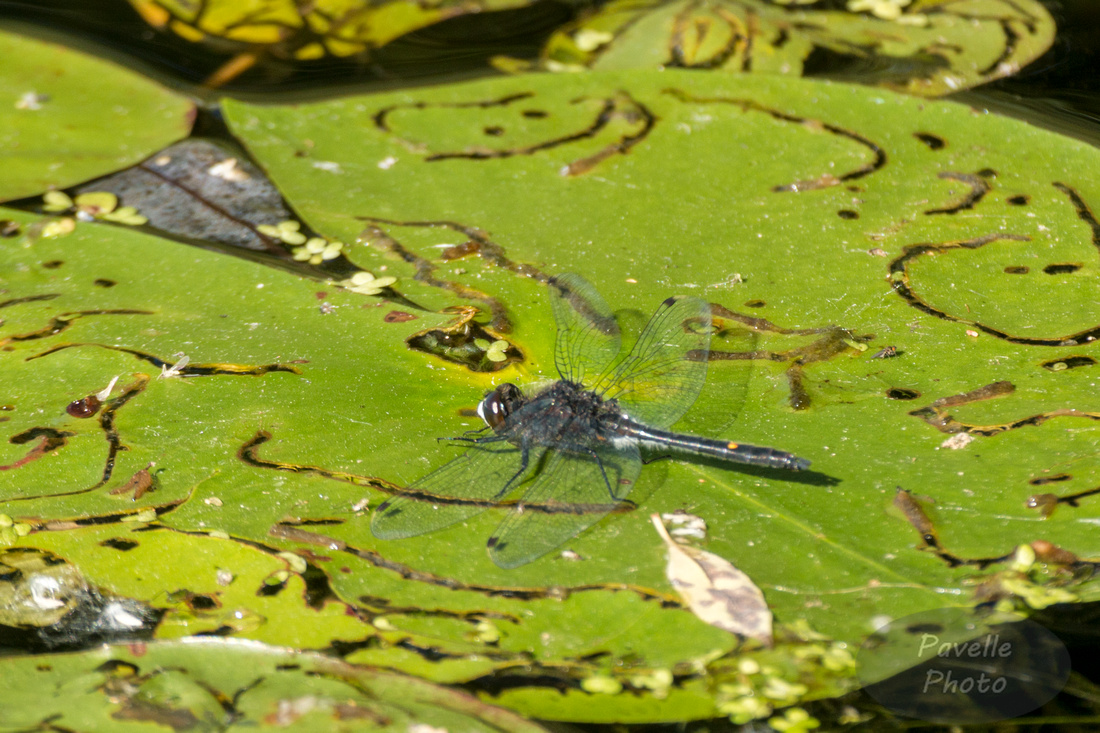 And this one is a Chalk-Fronted Corporal: 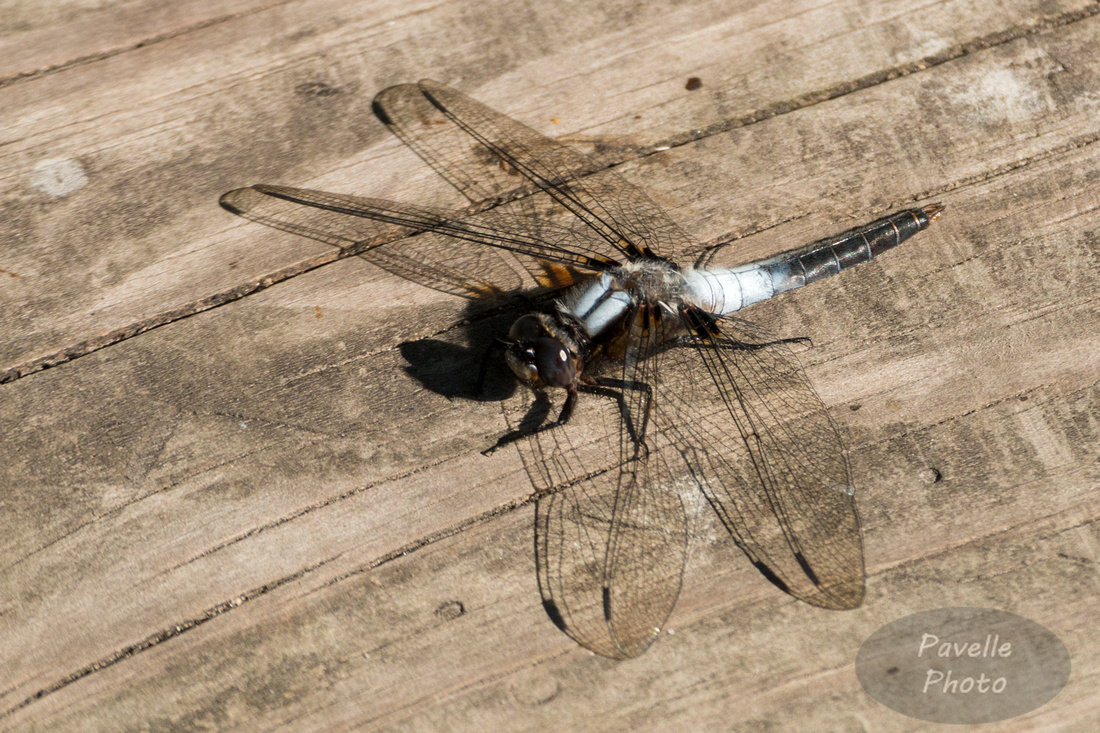 So, after all that, I thought I'd head back this past Saturday, both to see what was new and to reshoot a couple of images that needed work.  Plus, this provided an opportunity to go out with a couple friends from my photo club (for some reason, it is almost always more fun to go out shooting with someone else, maybe because you get a chance to bounce ideas off each other or point out an interesting subject).

As we started walking around, a glance to the left revealed something I had never seen before...trumpeter swans.  A trip to the dock and closer views was obviously called for. 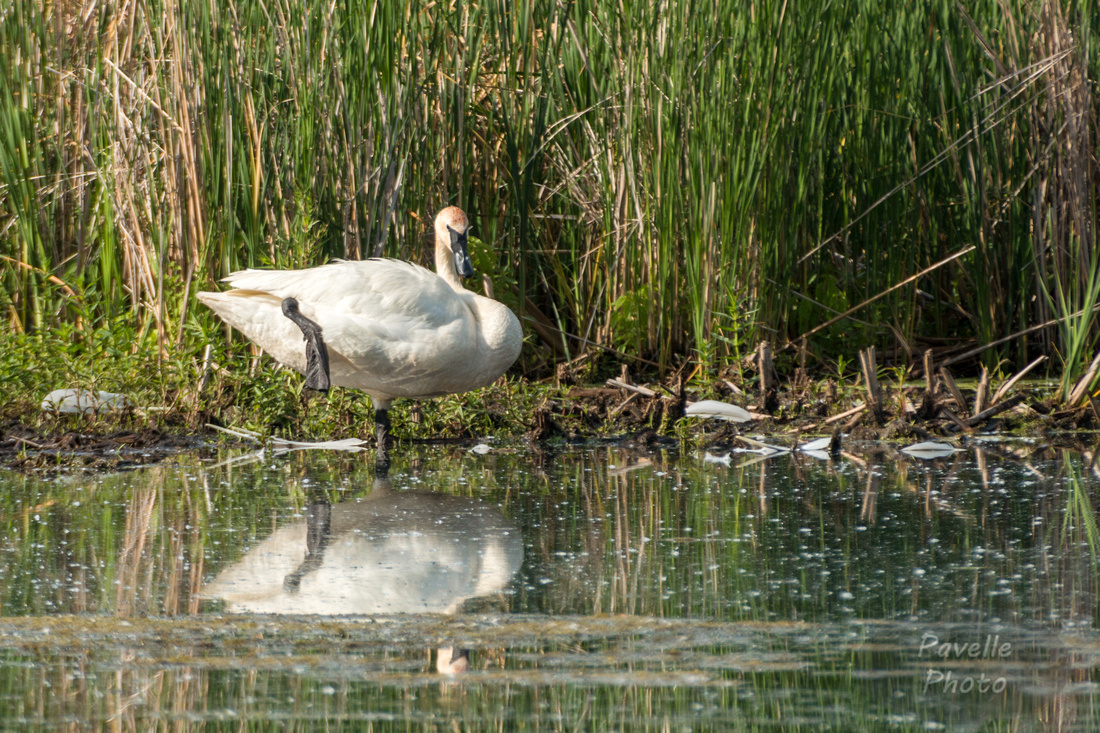 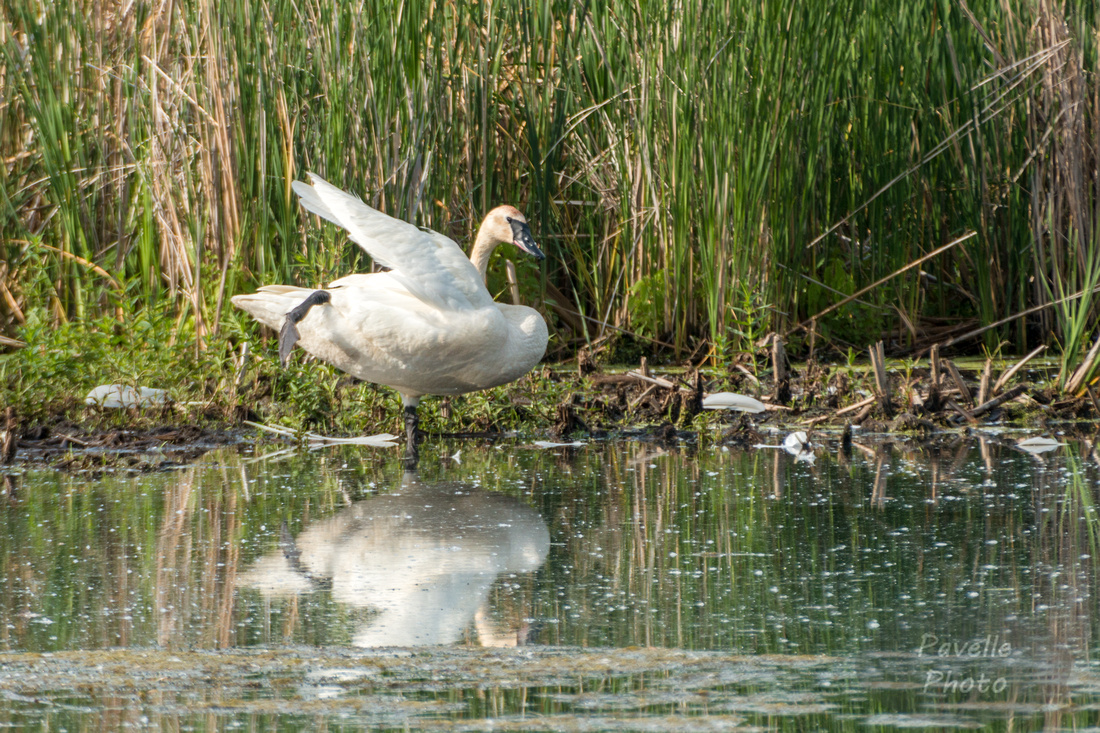 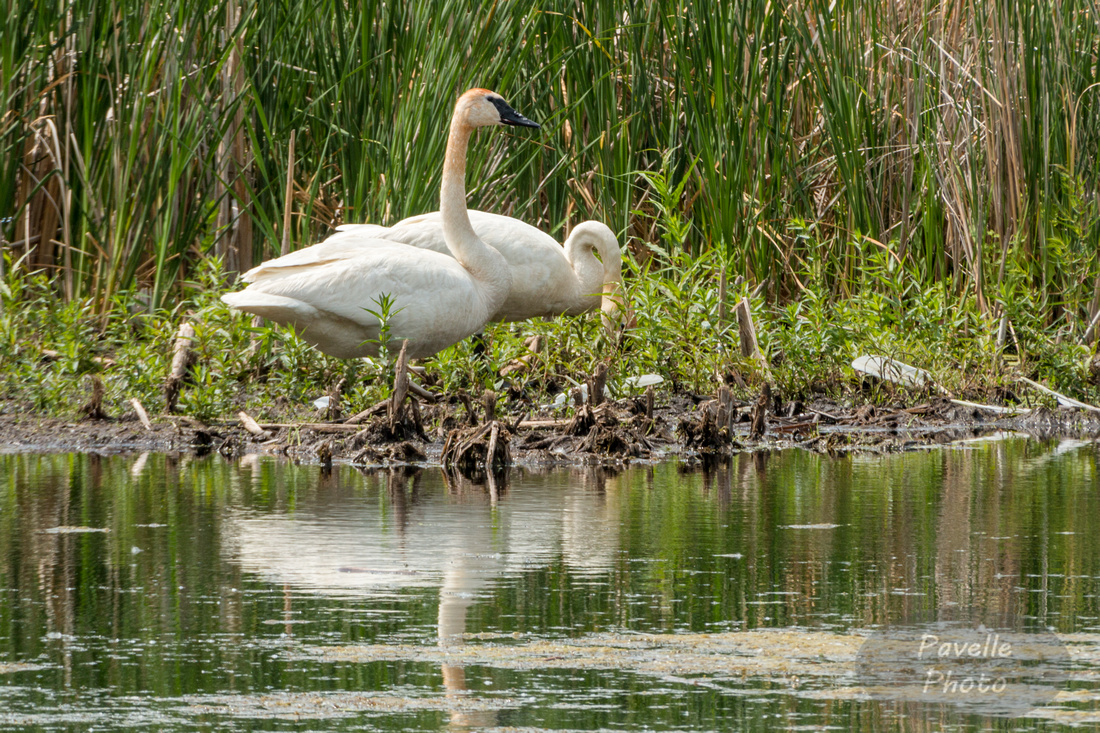 Looking around a bit, we spotted a pair of red-winged blackbirds flying into the weeds next to the dock. 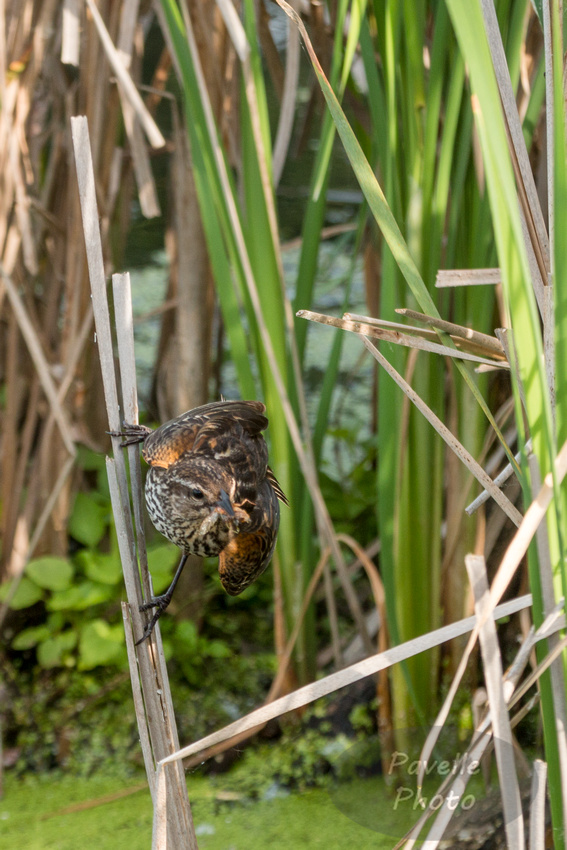 A closer look revealed the nest and the reason the female above was carrying a bug in its beak: 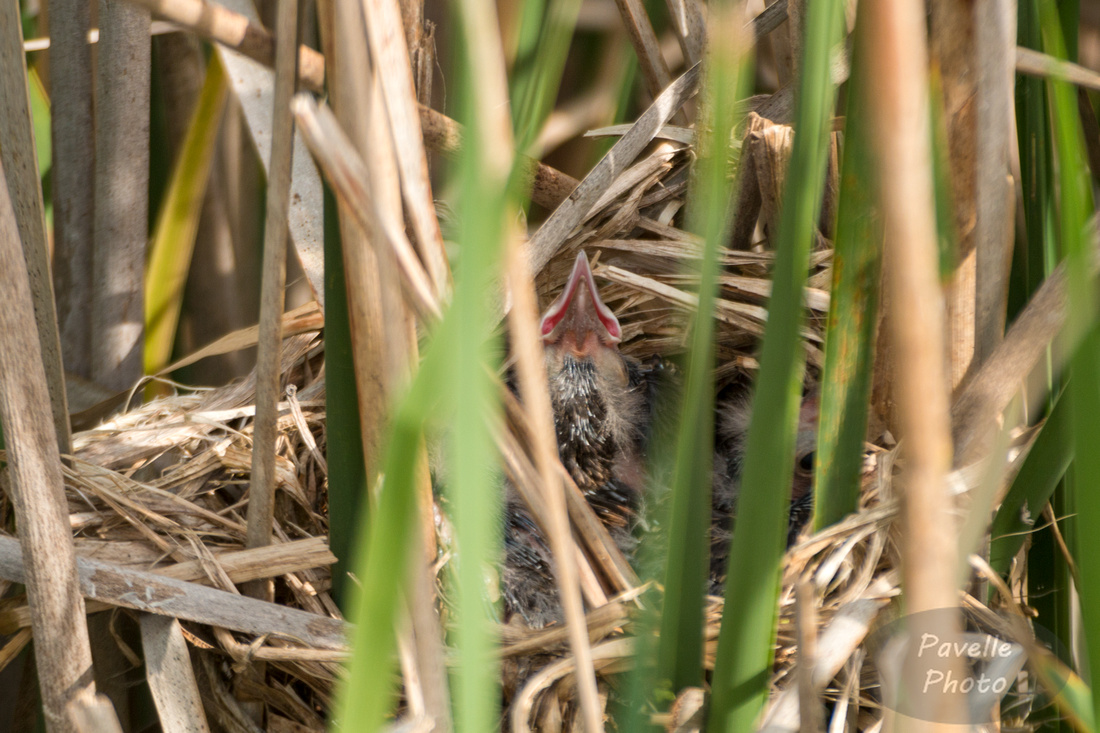 And, on the rail on the other side of the dock were some fledgling barn swallows: 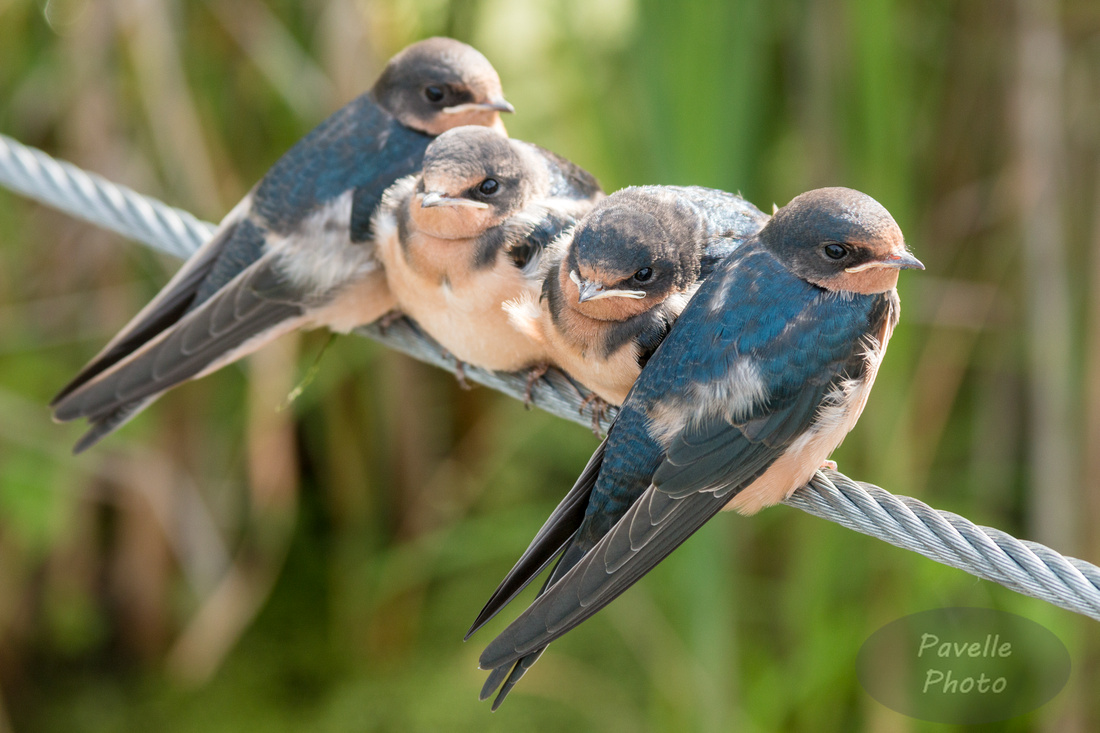 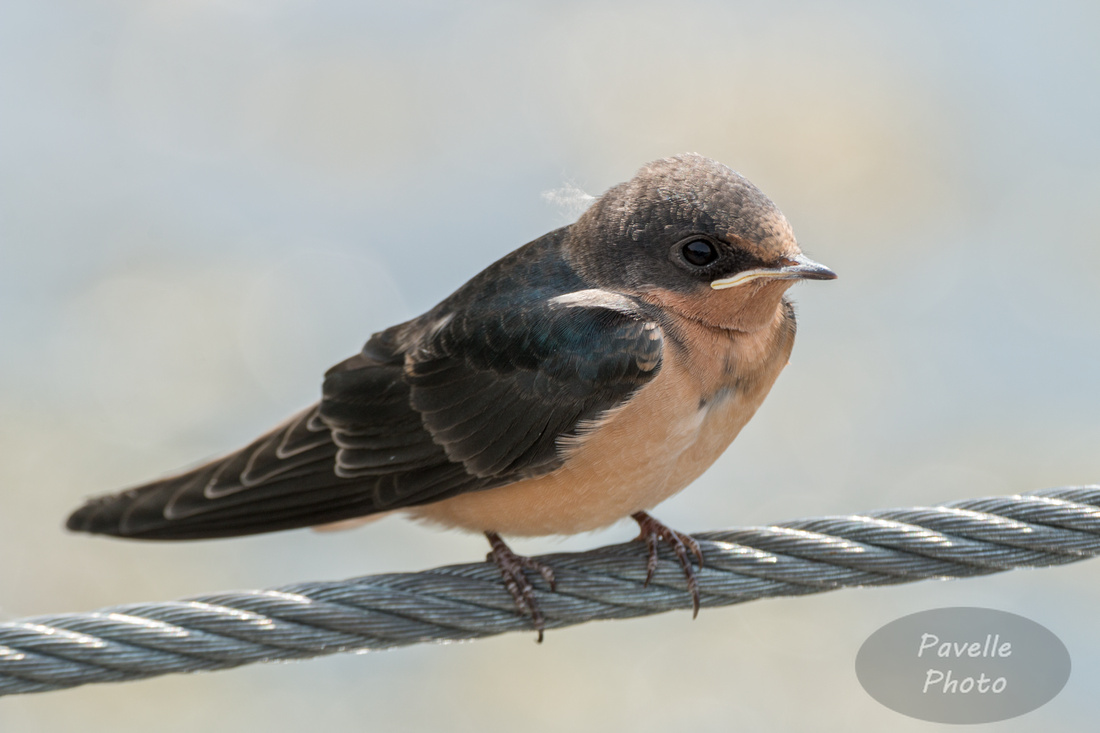 After a lot of fun shooting these birds (and others), we started around the lake again, and got farther this time.  All the way to this dead tree with HUGE mushrooms growing in it: 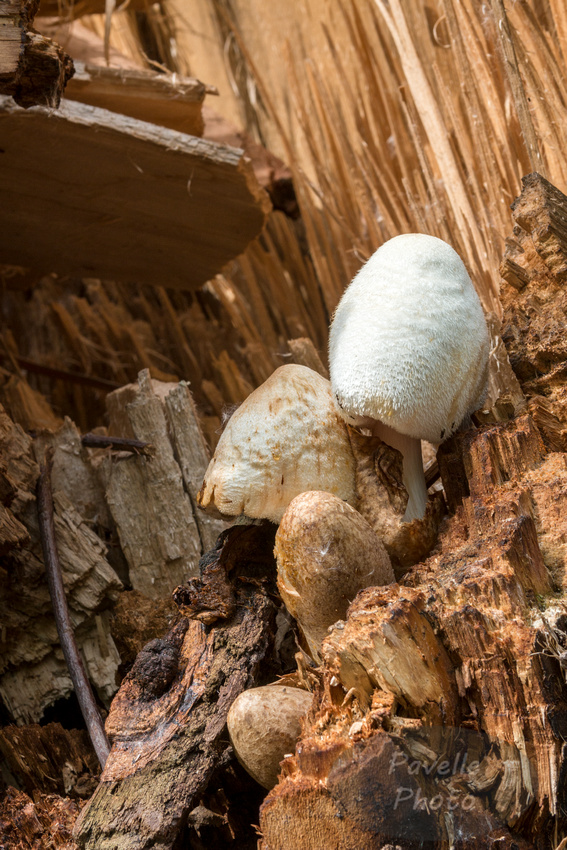 I had actually seen these types of mushrooms in that same tree a couple of weeks before, but they were dead and gone the last time I was there.  So, it was a nice surprise.

The others had to leave shortly after this, but I needed to continue in a different direction to reshoot a great tree stump I had seen my last visit. 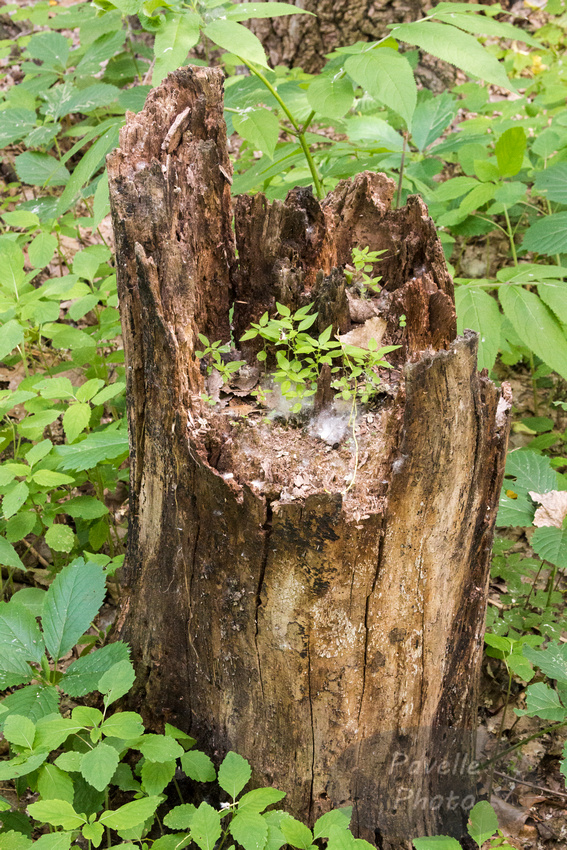 I had spotted this stump and really liked the miniature landscape growing inside the stump.  However, I wasn't all that thrilled with the images I had managed to capture (the above one was the only one that seemed close to decent).  So I went back, tripod in hand.  And it was even better than I had hoped: 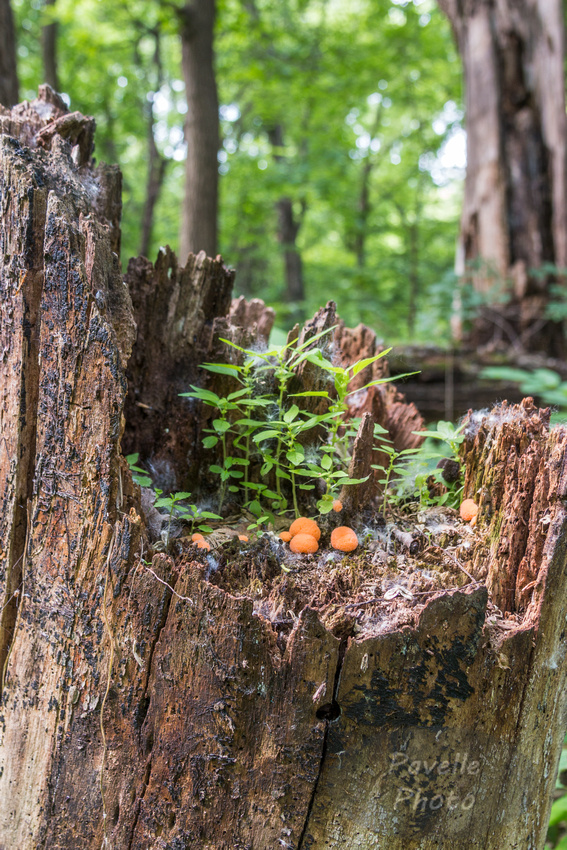 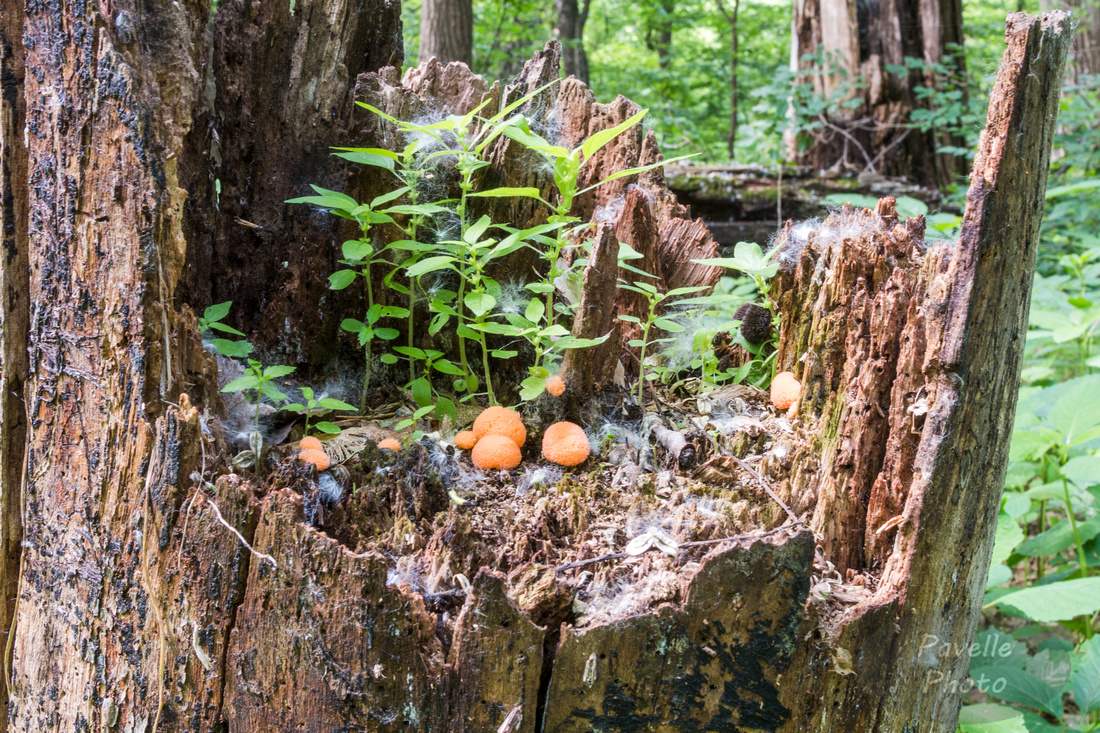 Don't those small orange mushrooms just make the shot SO much more interesting?  Plus the texture in the decaying wood and the plants (new trees?) sending up shoots.  These shots really encapsulate the decay and rebirth that I find so interesting in tree stumps.

After that, everything I managed to capture was just icing on the cake.  And BOY DID I GET A LOT OF ICING!!

First, here's another type of dragonfly that I hadn't captured before, a four-spotted skimmer: 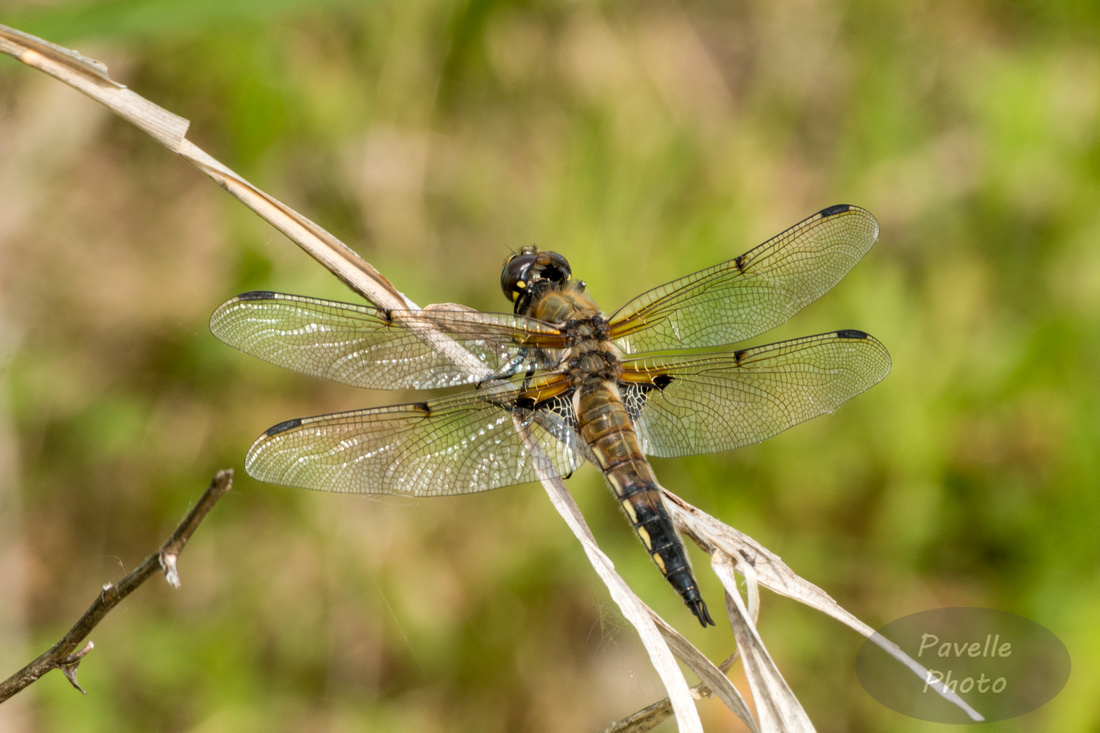 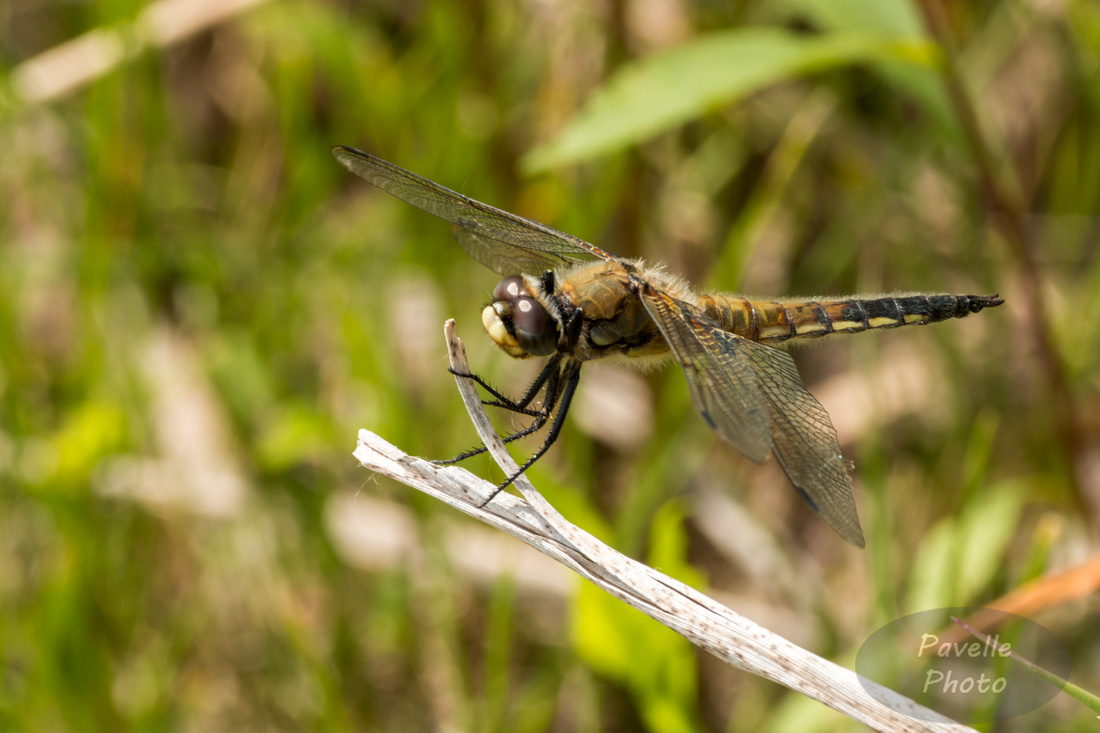 There was actually another shot that I wanted to retry: 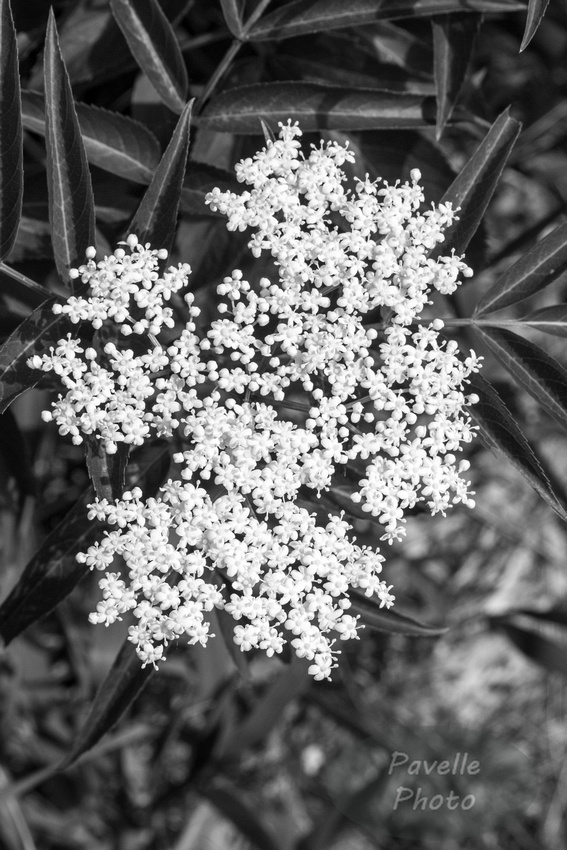 Water Hemlock in black and white

I had seen these flowers previously and thought they would work really well in black and white.  I think I was right.

Then, there was a pair of Canadian Geese sitting next to the path, standing guard over several goslings: 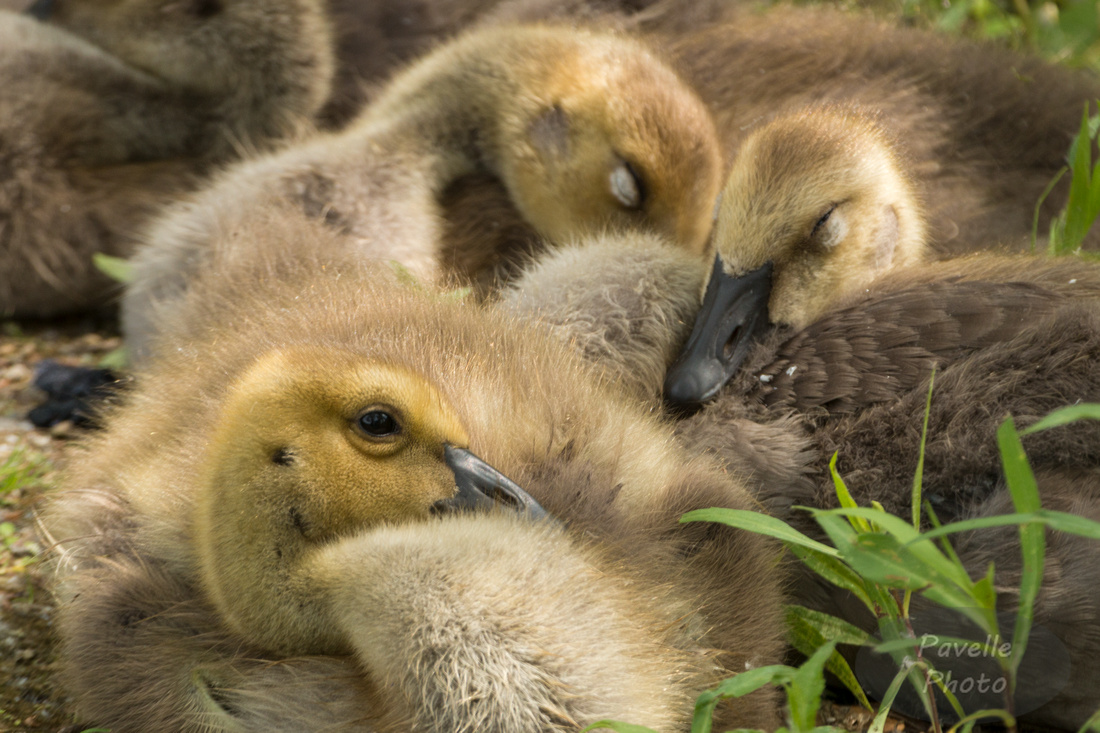 As I got towards the entrance, I saw the trumpeter swans were still sitting in the same place, so I went back to the dock to try and get some more interesting shots (one of the ones above, as well as the single barn swallow images above were part of this stop).  However, maybe a minute after I got there, this happened: 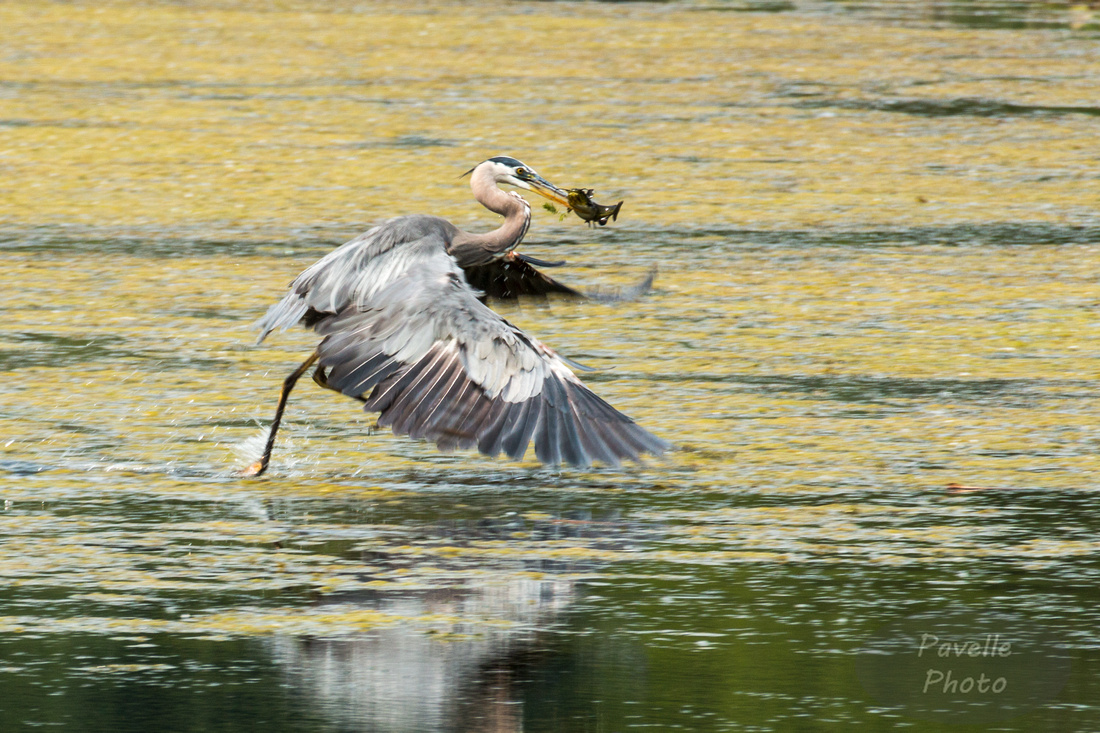 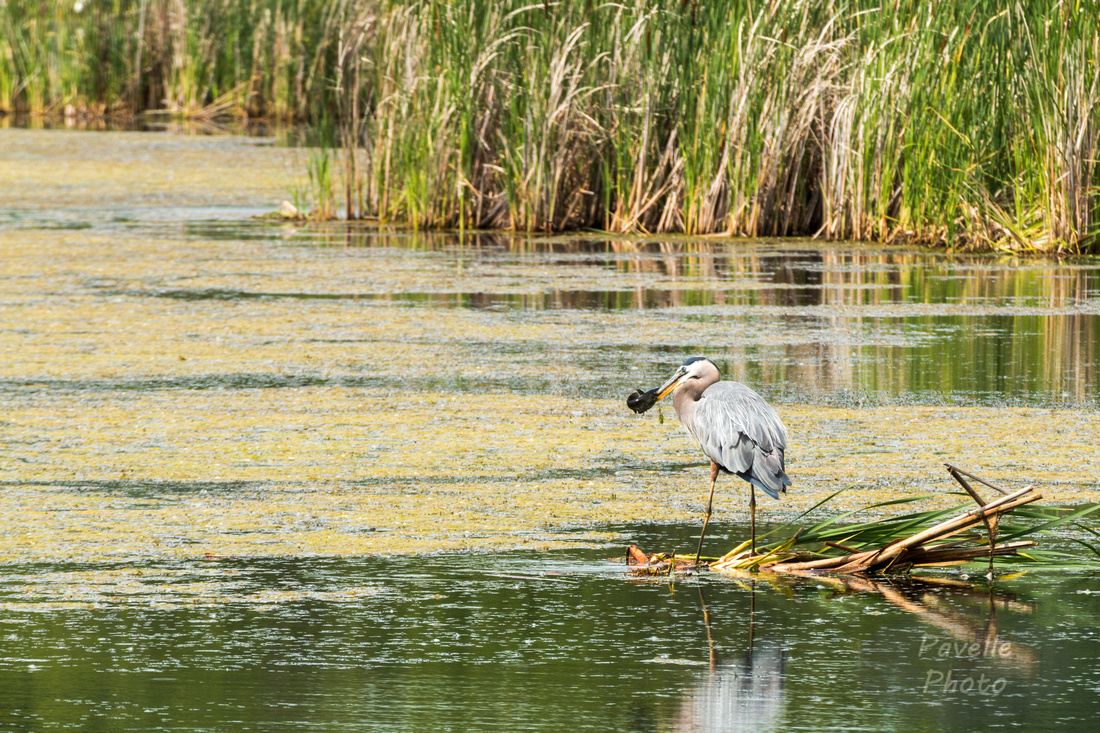 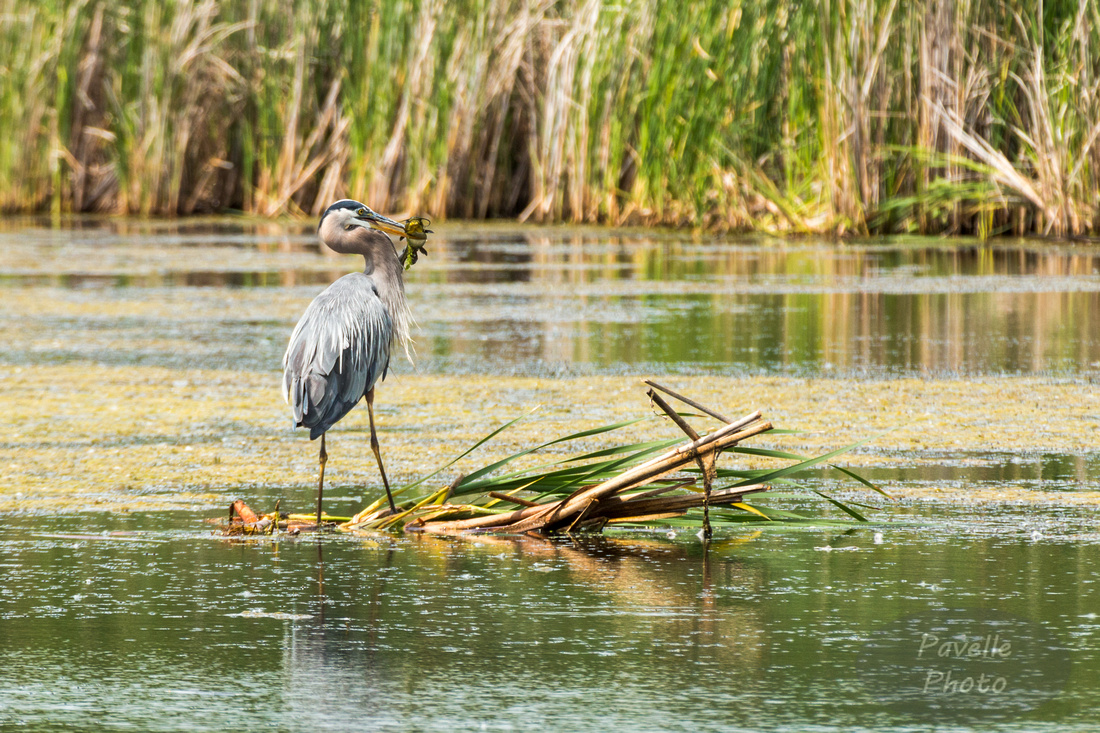 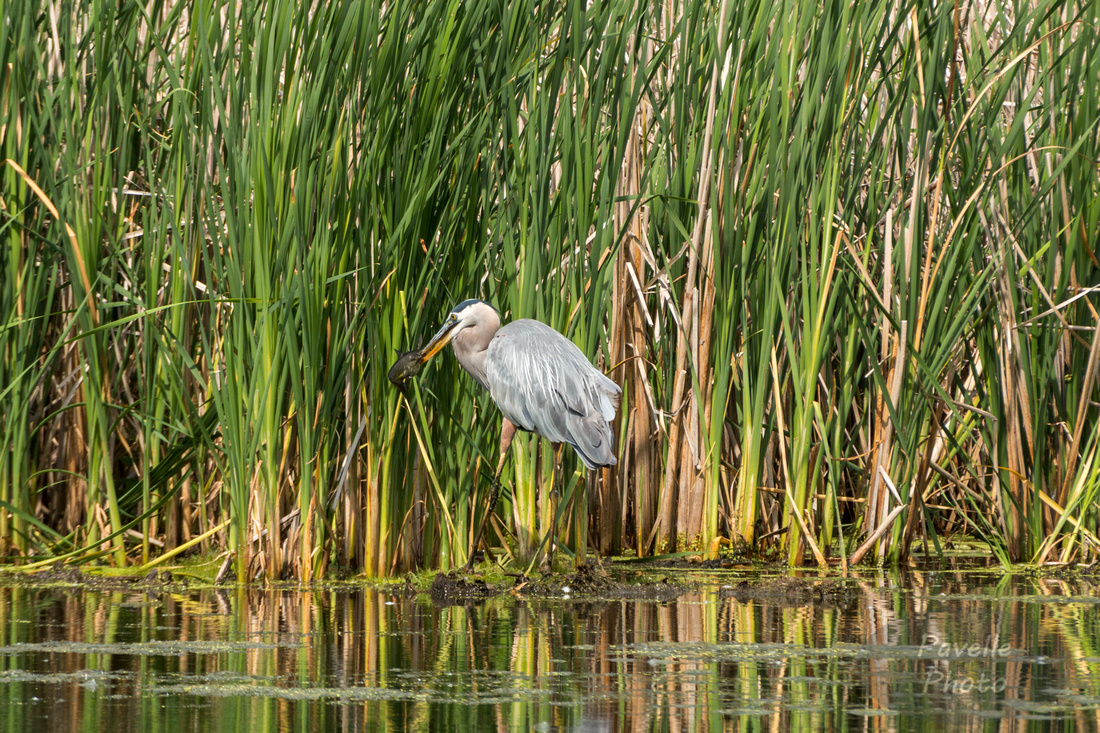 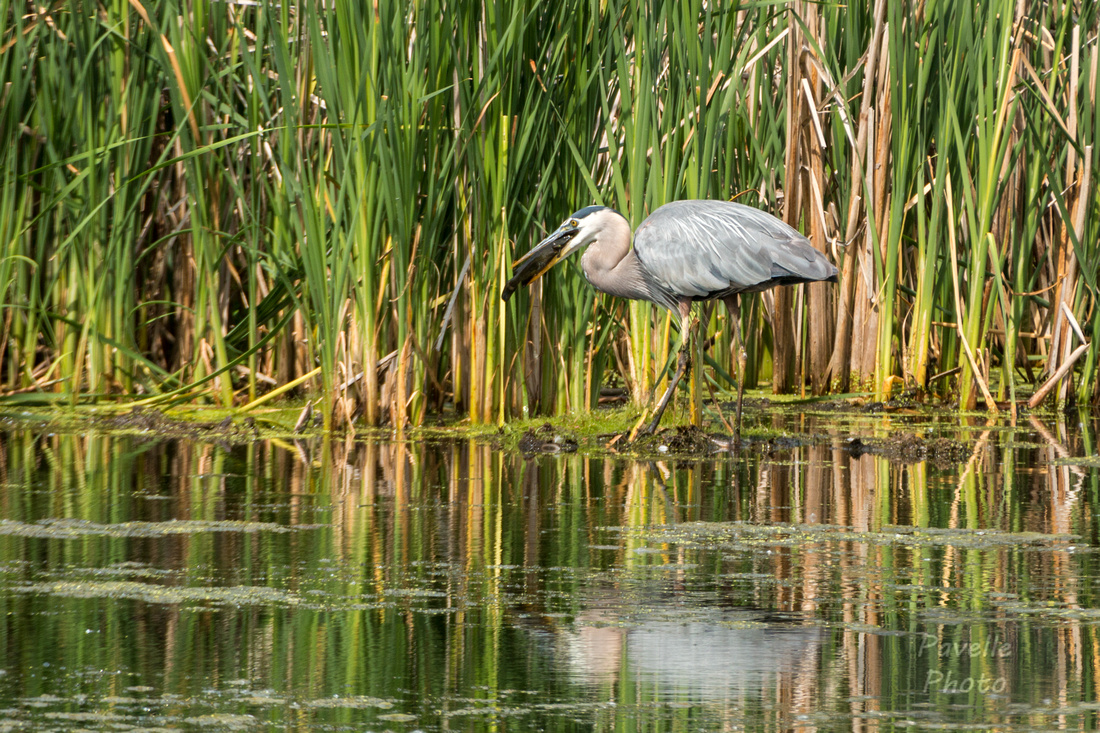 Actually, I got there in time to watch the Great Blue Heron jump off the log to catch that fish in the first place.  Those shots were much more interesting to watch than they were to view as still images.  And, the fish was too big for the bird to swallow in that last image, but I got tired of watching and, instead, decided to call it a wonderful morning of shooting.