Photos of the Week - Playing with Orchids

There's a new orchid display up at the Arboretum.  This is a good thing, not only because they are a fun and varied flower, but they also present a great opportunity to play around photographically.

One obvious thing you can try is taking portraits of the flowers.  Shoot individual buds, close-ups of parts, etc.  In the next couple of shots I wanted to try and get full branches filled with flowers and buds.  All were taken with the same lens and used a tripod.

The first considerations were framing and direction - portrait or landscape orientation, should the flowers be going from left to right or the other way.

Next consider how much to show.  Since they weren't in nice pots, I didn't want to include the whole plant.  Instead, I framed the image to get all of the flowers mostly centered in the top half of the image, including enough of the leaves and enough blank space to avoid crowding the edges.

Finally, lighting and background.  In the first shot, the flower was under an overhead light, so the entire thing was lit fairly nicely.  The wall in the background is a fairly neutral color (slightly varied because it also has overhead lights hitting in spots).  Still, I felt a starker background would work better.  I don't remember if I used my black winter jacket or a felt backdrop (which some friends had brought with them), but I definitely think the black makes things pop.  The third image is obviously a different plant, but the only other difference is that I moved it so that it wasn't under the overhead light.   This gets rid of any unwanted highlights and provides a slightly softer feel. 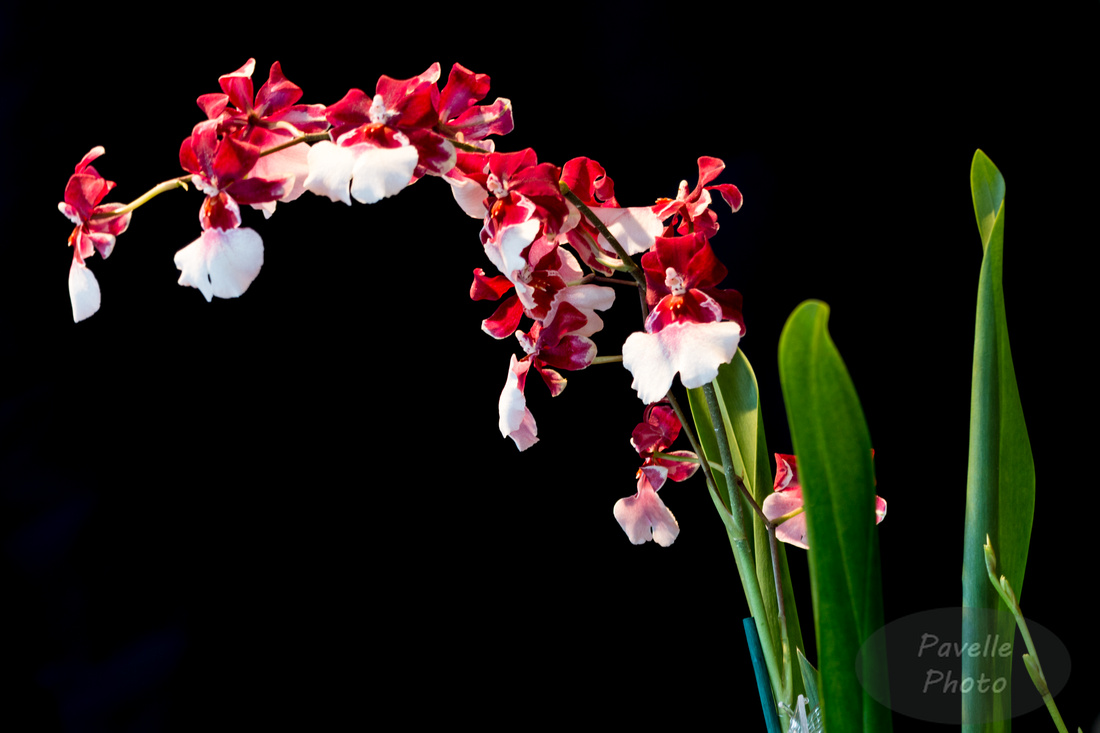 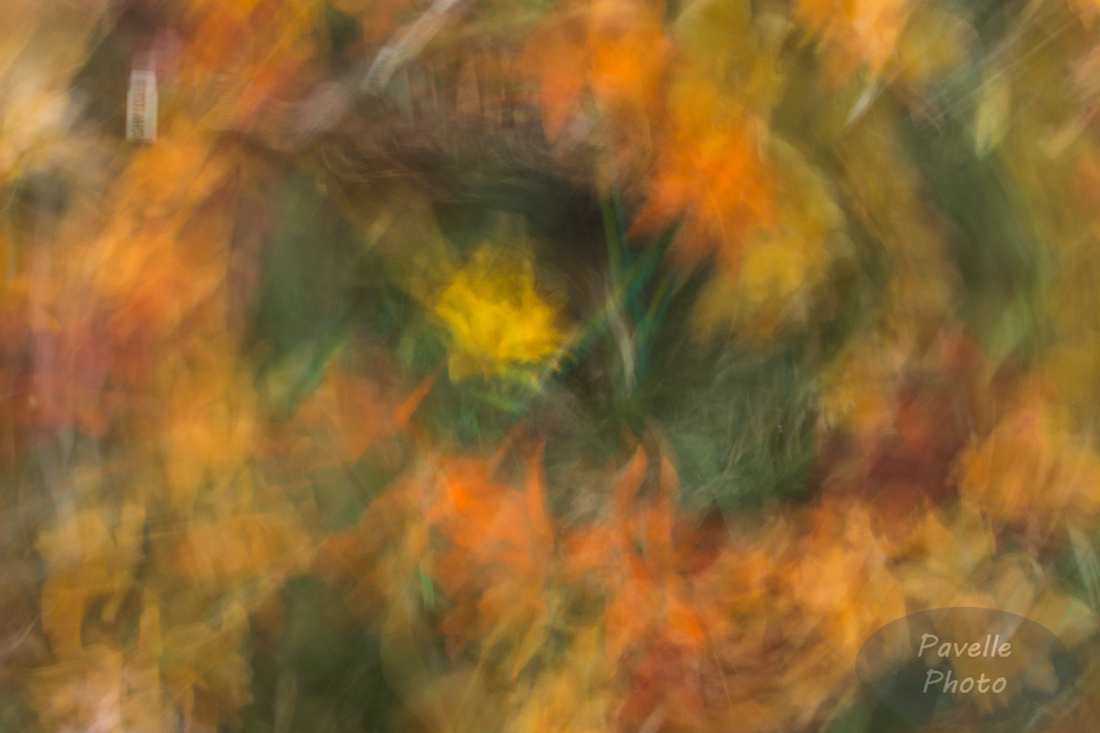 These are both intentionally long exposures which allowed me to create something more abstract.  In the past, I've found that I can get interesting shapes and colors by moving the lens (zoom, rotate, shake) while taking a picture.  However, doing this can also lose the identity of the subject (ie. you can't tell it is a photo of a flower).  So, this time I decided to see what would happen if I only played around for half the exposure.  So, on a 4 second exposure I'd sit for 2 seconds to embed a definite sense of the flower, but then shake things up as much as possible to overlay an abstract/painted feel to the overall image.  I suppose I could have tried doing this as a double exposure, but that might set details that I would rather not stand out (such as the label sticks still visible in the top left of the first image).  Overall, I'm quite happy with the results, especially in the second photo.

So, head out if you want (or bring something home).  Play.  Enjoy.  Even if the results are not what you were hoping for, you'll learn from the experience.