Photos of the Week - Snapshot vs. Photo

There are a lot of clichés that photographers use when describing what happens when you trip the shutter on your camera.

"You take a picture, but you make a photo."

These are not meant to be disparaging.  Instead, they reflect the idea that there is more to photography than pressing a button.  There is a way of approaching a scene or subject that develops as you become more invested in the artform; a different way of seeing what is before you.  Once there, I don't know if you can actually take a snapshot anymore.

Here are some examples from the Arboretum's Conservatory this past weekend [Note:  The snapshots were taken with my lens at 50mm (which is close to how the eye sees a scene, neither zoomed or wide-angle) and my camera was set to Program (so I had no control over aperture or shutter speed).] 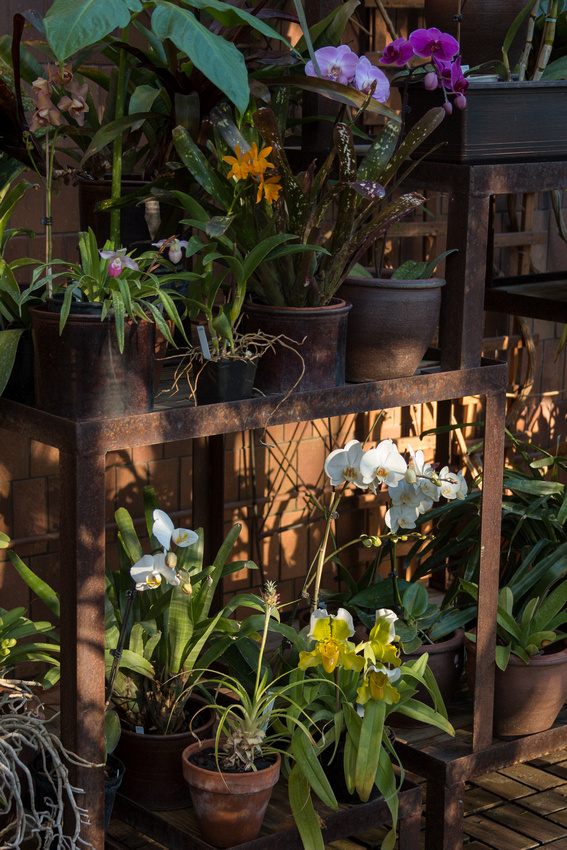 Here's an example of what might be a typical snapshot.  It shows many types of flowers sitting on their racks.  Photographically, though, it is a very chaotic and boring image since there is no subject.  Plus, the sunlight in the middle causes large bright areas that can be very distracting. 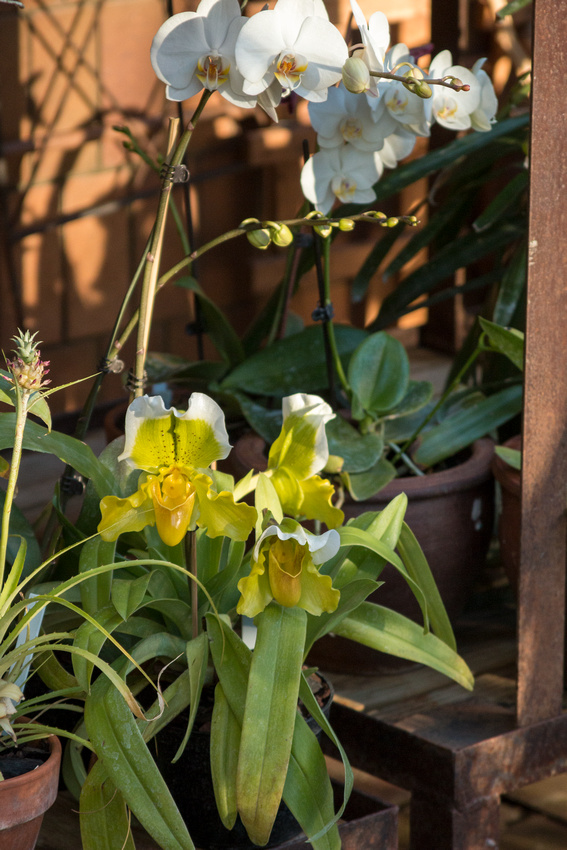 Another snapshot of the same scene improves it greatly by focusing much more closely on only two types of orchids.  However, the top half of the image is still very chaotic because of the bright light and shadows on the back wall. 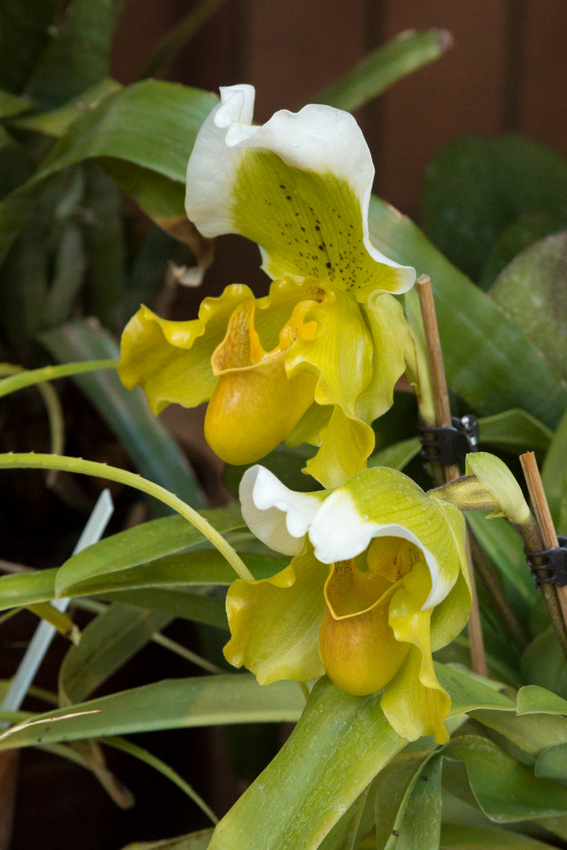 The photographer will recognize those problems and (in this instance) focus on only one type of orchid at a time.  Using only the lower ones eliminates the sunlit wall.  Further blocking the sunlight with your body prevents distracting highlights and results in an acceptable image.  If I were to try this again, I might go even further and shoot a single bud to further reduce the background to a blur while framing it to block the wood dowel and black clip, which I find unattractive. 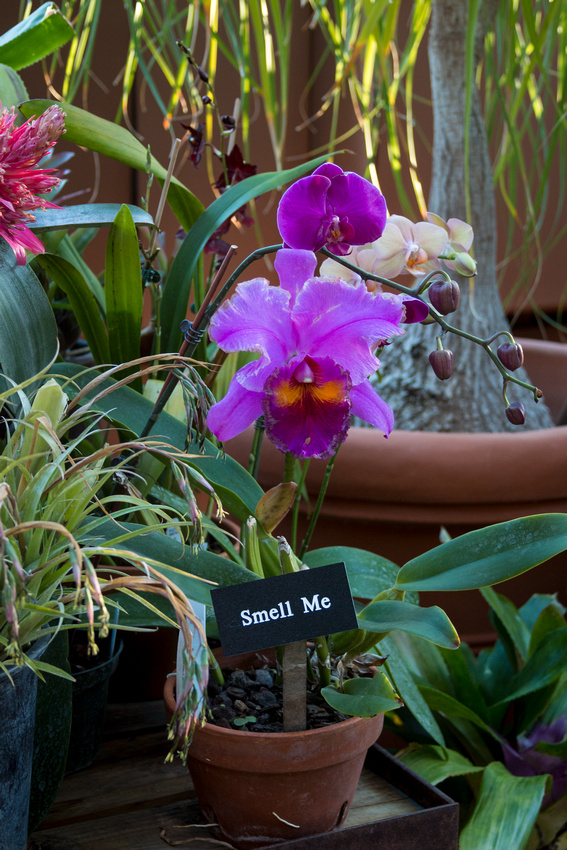 This one's not a bad snapshot.  The highlights on the fronds behind the flower are annoying but not too distracting.  However, the whole left side of the image is really not adding anything to the image. 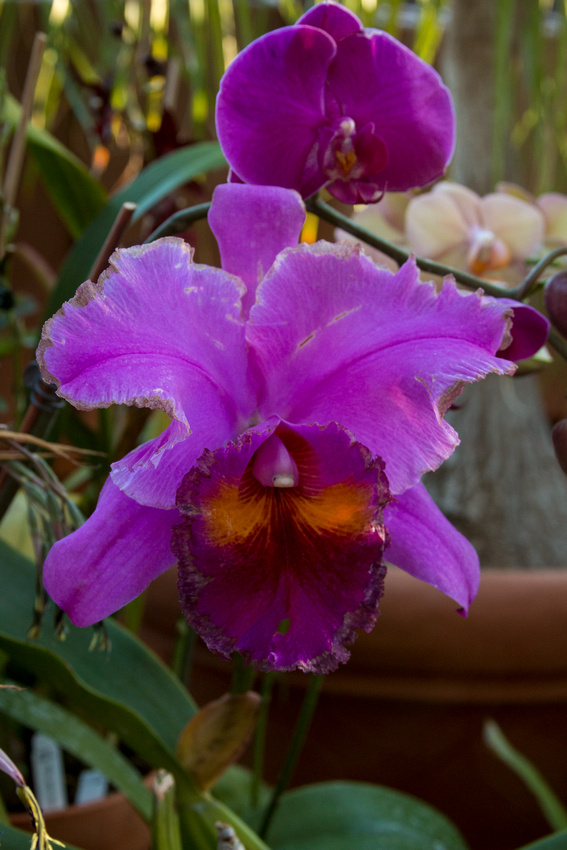 So, here I've come much closer in and focused solely on the flower.  I also intentionally used a large aperture to blur the background.  Again, if I were to rework this image, I'd probably move a tiny bit to the left so that both types of orchid in the background are more integrated into the image, and the tiny bit of stem in the lower left corner would be removed. 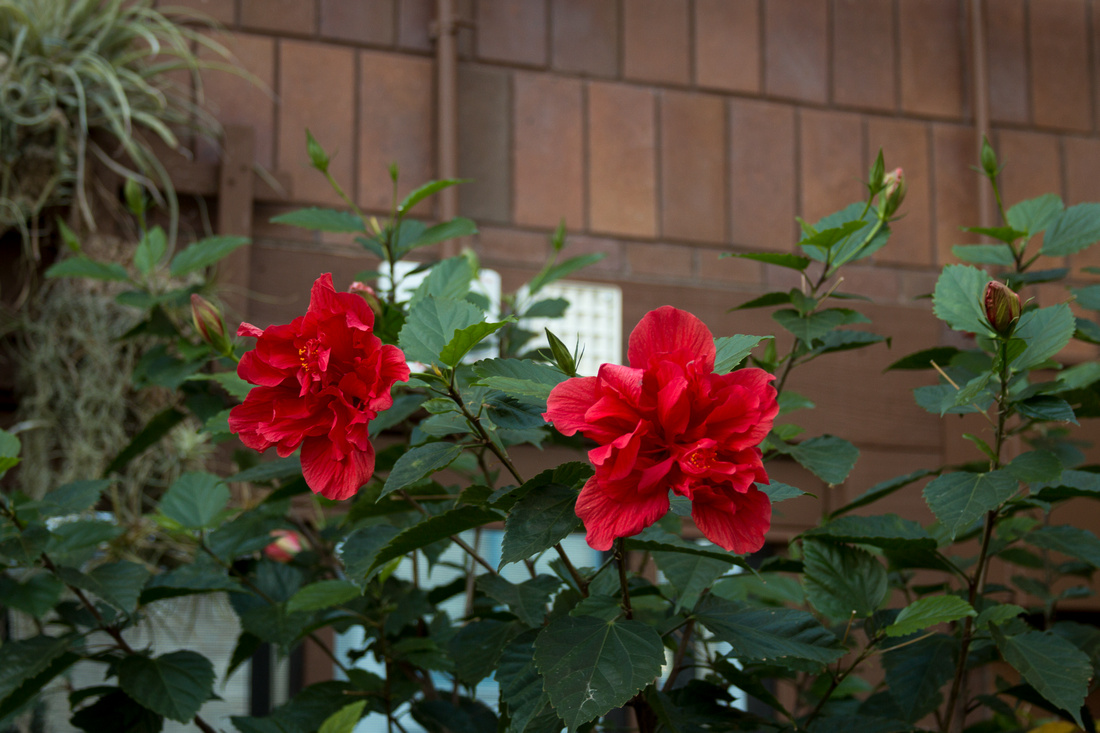 The only real problem with this snapshot is the background.  It is busy.  The white sign(?) is distracting.  The wall and pipes are distracting and ugly. 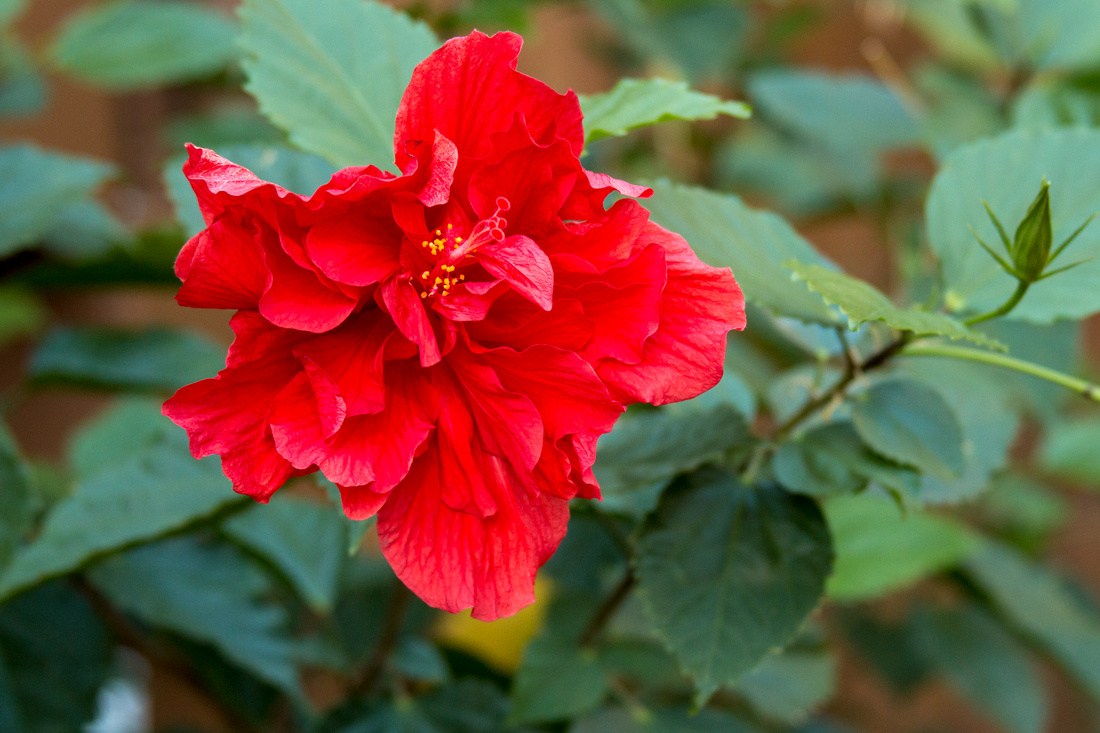 Here again, focusing on a single bud vastly improves the image.  Taking it from the side eliminates the distracting background.  A large aperture further reduces background by blurring the leaves and making it so you can't see the lines in the brick.  In this case, I also held the camera over my head to get a straight-on angle.

None of this is to say that only avid photographers can get good photos.  That's obviously wrong.  It is the ability to consistently get better photos that comes with experience and practice.  It is knowing to look at the background and angle, the way light is hitting the subject (are there shadows on a person's face), understanding how the camera handles large contrasting areas of bright and dark, as well as basic composition.

This was an incredibly hard set of images for me to capture.  Not because of subject or environment, but from trying to intentionally ignore all the rules and approaches to photography that have become second nature.  I honestly don't think I can take a snapshot anymore.