Photo of the Week - Personal Vision

I really enjoy extended photo excursions.  Weekend classes or trips can be fun.  Even better are photographic tours or workshops that can last a week or more.  I find that the immersion in the craft of photography brings out a sense of play and innovation that makes photography more than just clicking a shutter to take a picture.  Instead, as my parents like to say, you make a photograph.

One experience that helped drive this feeling home to me occurred on my first workshop in France, which I went on with my parents back in October of 2000.

One day we stopped by a local vineyard/winery to look around, do some shopping and take some pictures.  I was standing near my father as he set up a shot.  When he was happy with what he had, he called me over to show the view.  I noticed two things...First, it was an interesting shot.  Second, I would do it differently.  So, when he was done, I borrowed his tripod and set my camera on it.  Exactly the same place.  Exactly the same height.  Just a slightly different composition.

Here's the shot I took.  I wish I had a copy of his as well, to show the differences.  Because they are different.  And that's one of the great things about photography:  Everyone sees differently.  Everyone is attracted to different things or notices different details or has a different idea of how to capture a scene. 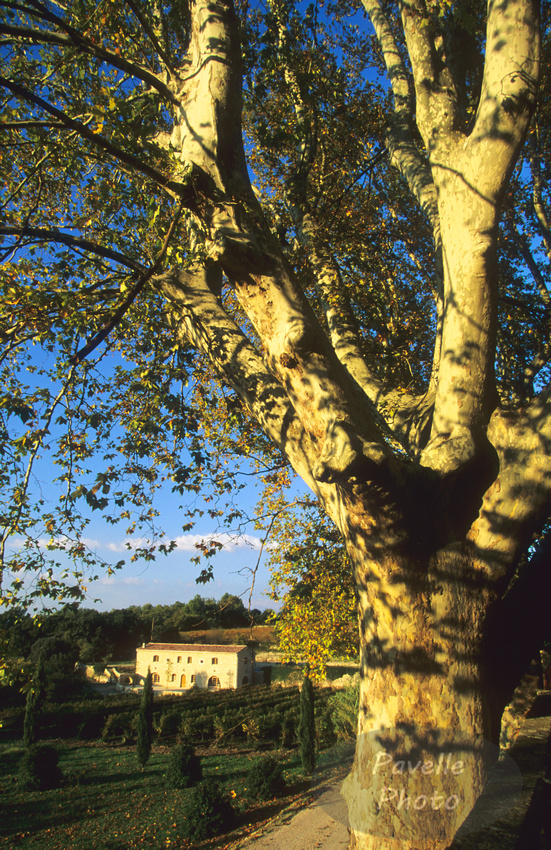 One final note while on this subject.  My parents would travel with two cameras since they each wanted to make their own images.  But, sometimes they'd go out with just one to save space or weight.  It didn't matter.  They could still tell who took which picture, days or weeks later.