Photos of the Week - Flock of Coots

Last week I went for a walk at Lake Calhoun.  The weather was gorgeous.  I brought my camera (of course) hoping that some of the spring waterfowl would be around, even though it is somewhat early in the year for them.

I got lucky (but the extent of that is a story for another day).

The coots were out in force.  Hundreds of them, densely packed together.

Sometimes, as they were swimming along, a group of 20-100 would race to the front.  Taking flight, but no altitude. 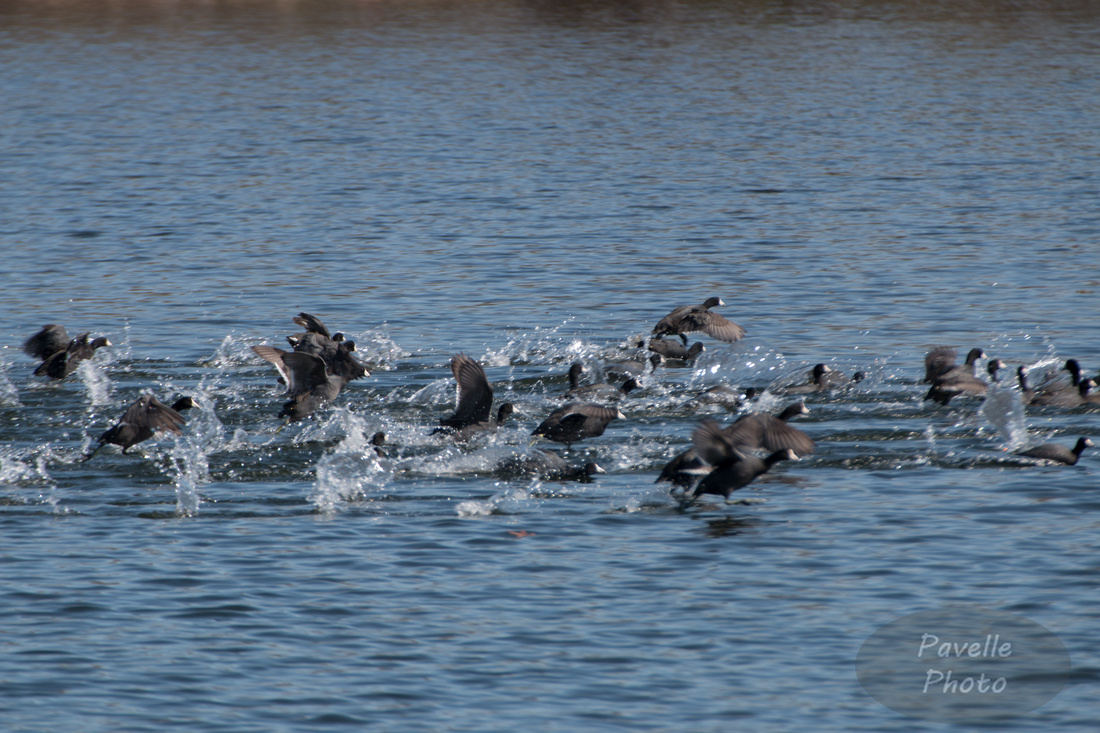 I wanted to capture a sense of what it was like.  The cityscape on the other side of the lake made an obvious background.  I also knew I wanted as many coots as possible in the foreground to give a sense of the numbers.  I first looked at using a smaller zoom setting (maybe 100mm) while close to the shore, but that didn't catch enough birds.  So, I backed off quite a distance and increased the zoom to 400mm.  This moved the birds closer visually to the city and included many more (closer to half the flock, rather than a third).  I'm happy with the result. 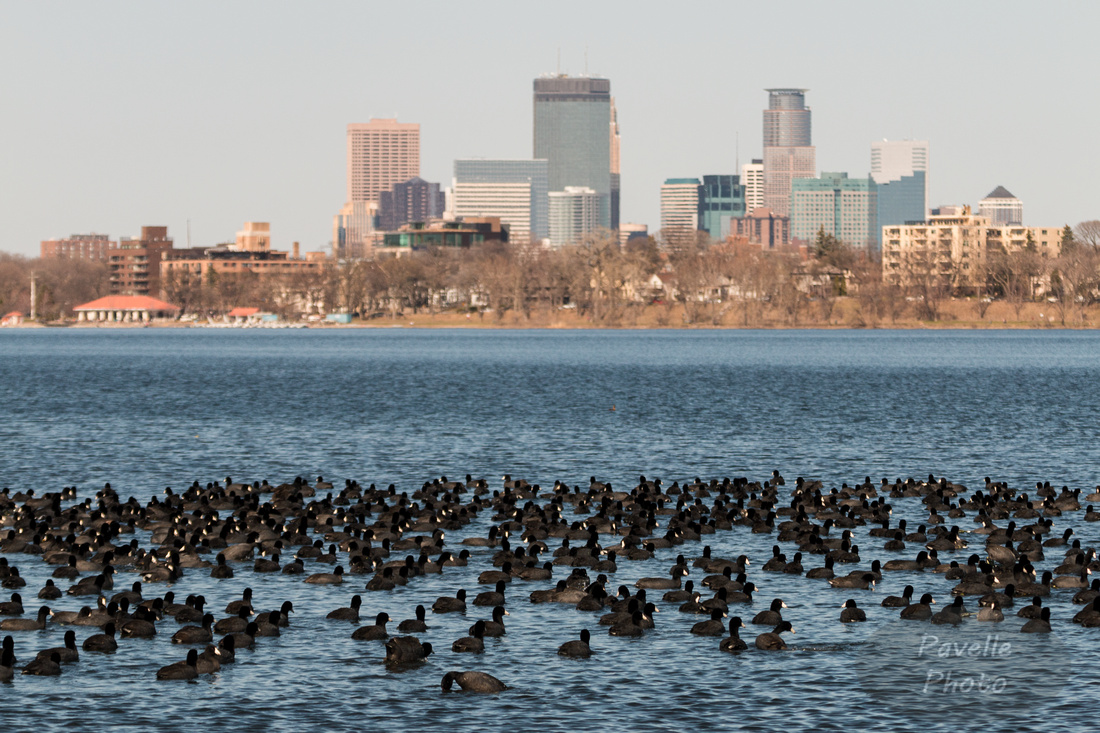