Mallards are ubiquitous.  If you ask someone to describe a duck, they'll probably describe a mallard.  In fact, mallards are the only waterfowl that I would refer to as "a duck" as opposed to mentioning the breed.

This makes them somewhat boring to shoot.  There's only so many ways to get a shot of a bird with a bright green head before you run out of ideas or inspiration.  That's when you look for action.  Like watching them wash.

All the waterfowl I've seen tend to bathe in the same manner.  They'll start by ducking their head underwater quickly so that the water will run down their back.  And repeat this many times.  They may ruffle their feathers a bit and then back to the ducking.

Now is when you prepare your camera and pay close attention.

When they're done washing, they'll stand up on their legs (or look that's what they're doing, anyway) and flap vigorously to get the water off.  This can be a wonderful shot.  I've gotten several.  Except for the side lighting (which is regretable), this is probably my best. 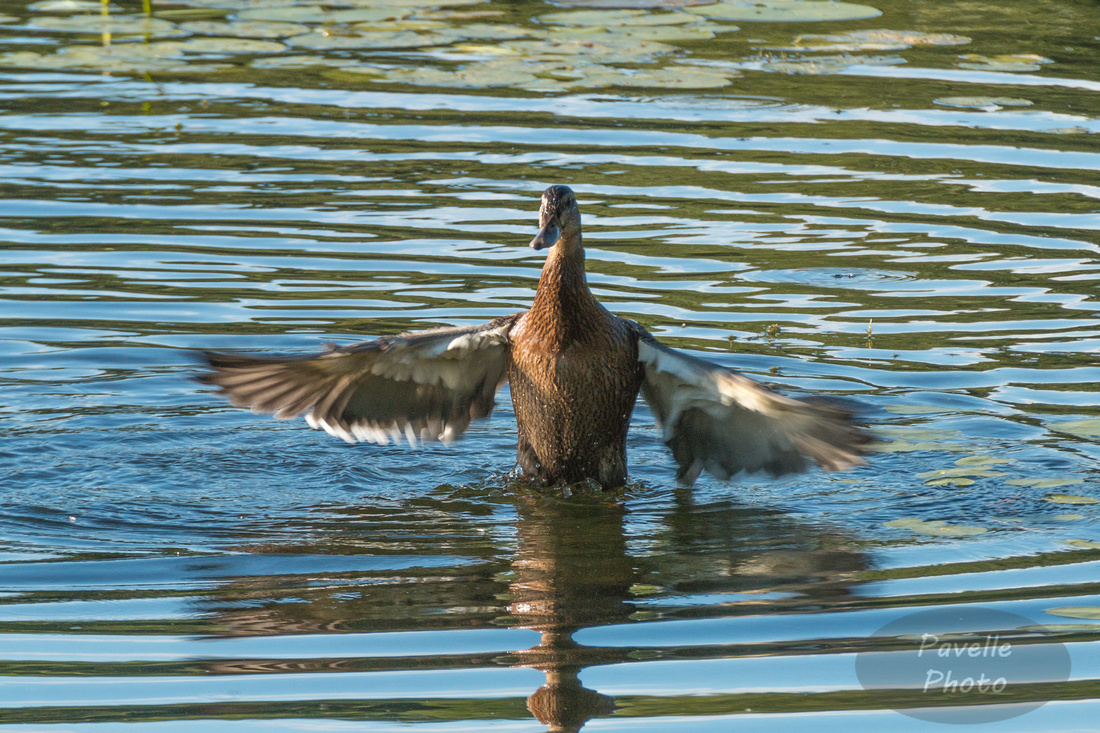