Sometimes you get more than you bargained for (or anticipated) when capturing an image.  Below is a case in point.

In the shrub rose garden at the Arboretum is a small reflecting pool.  Installed at the edge of the pool is a statue entitled "Wonderment" (I don't remember who the sculptor is).  When you see the statue there are two obvious images to capture.  The first is just the statue and the second is the statue and its reflection in the pool.

I took this photo on one of my first ever trips to the Arboretum, during the first photography class I took there.  I saw the statue and, as I was walking up, liked the way the reflection looked as well.  So, I made this image, being sure to use the little boy as a vertical reference (so I could be sure it was straight).  And, I still really like the image.  The sense of curiousity (or wonder) that permeates the statue (and leads to the title) is obvious.  I also like the total difference in backgrounds between the statue and the reflection.

What I hadn't expected was the second image.  I liked the reflection so much that I cropped it, flipped it vertically, and increased the saturation and/or contrast a touch.  The result is the second image.  Now the background and statue look painted, which is an effect I've always loved in photos.

So, remember to look closely at your images.  You never know what else may be there. 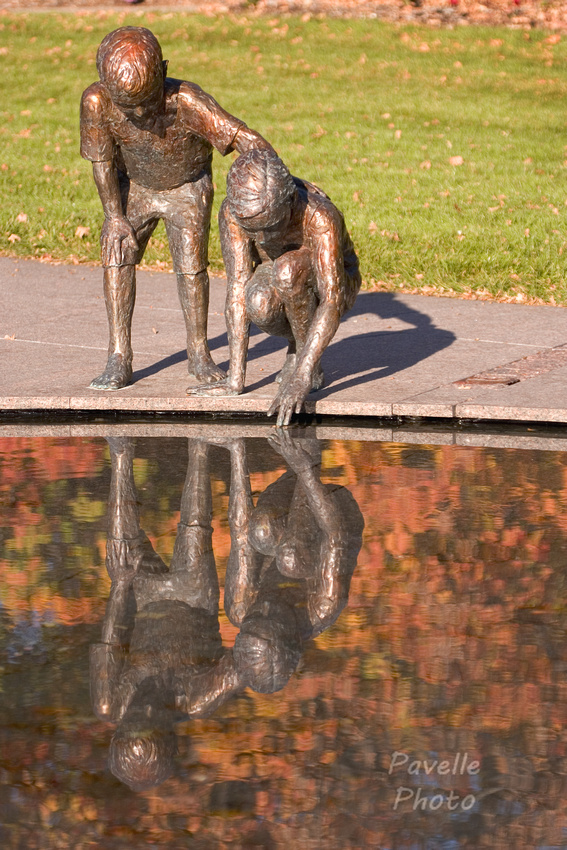 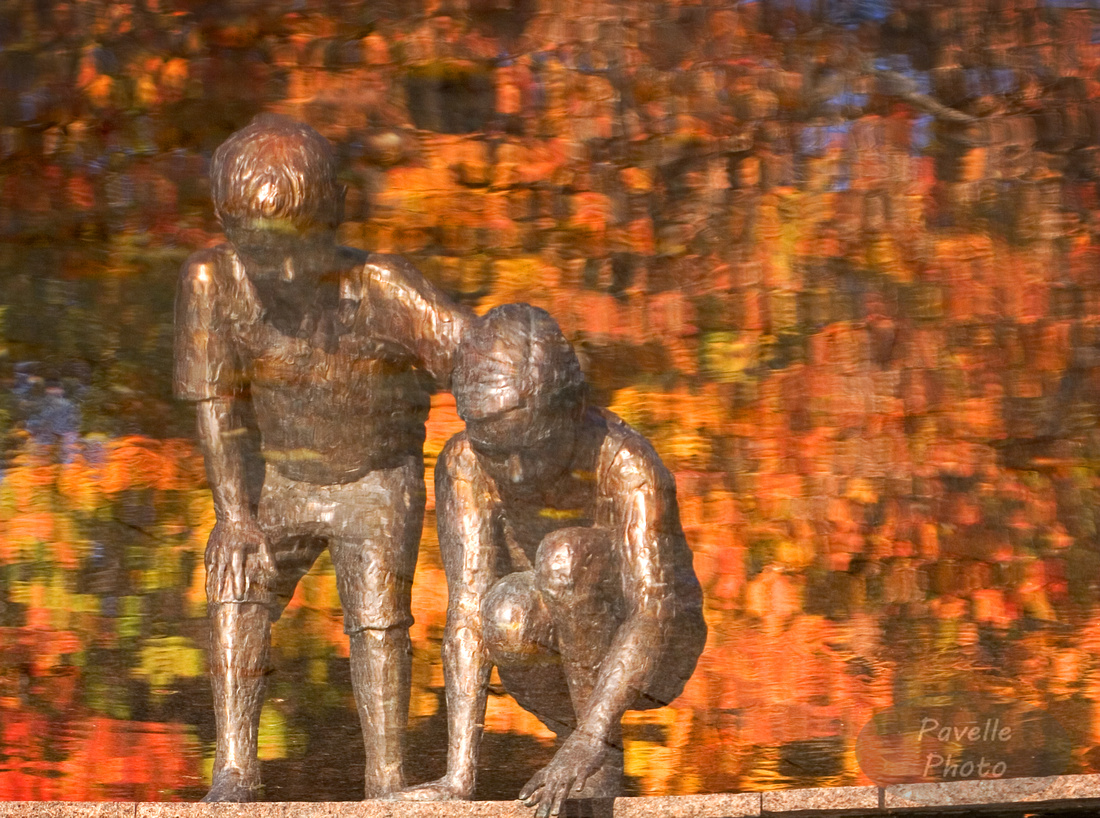 Reflected WonderThis is the reflection part of the Wonderment statue photo. I cropped and flipped it in photoshop to isolate the image