Photography: But is it ART?

For a long time I debated (with myself) whether photography could really be considered artform.  After all, anyone can take a photo and have it come out as good as or better than a pro?  All that would take is a combination of luck and being in the right place at the right time (rather than skill or conscious artistry).

Then there's the fact that photography is not "creative" when compared to painting, drawing, sculpture or other artforms.  A photograph does not create something that didn't exist before the artist created it; a photograph simply captures what is happening in front of the lens when the shutter was released.

Ultimately, I've decided that photography is, in fact, a unique artform because of (rather than in spite of) these attributes.

Firstly, no photograph actually captures everything that is in front of the lens.  The size of the lens as well as the size and type of media (film vs. digital capture, 35mm vs. large format, etc.) limit (or, in essence, define) what the final image will be.  So, deciding what part of a scene to take is a conscious, creative, artistic decision.  And, this decision is very individual to the point that two people sharing a single tripod setup may make vastly different photos (true story...it happened in France on a photography trip I took with my parents).

Second are all the technical decisions that give the photo its uniqueness:  how much depth-of-field, do you want motion blur or a frozen image, is a flash needed?  While some of this can be found in the auto-settings of modern cameras or may come about accidentally, they are conscious and repeatable decisions for every photographer.

Finally, photographs can look REALLY good and move people in the same (and different) ways that other artforms can.  If that weren't the case they would have died out a long time ago. 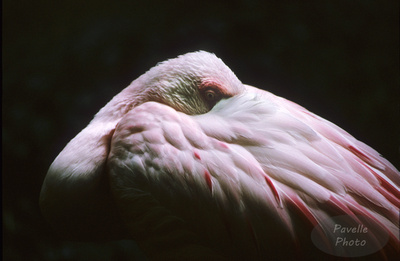