Photography: Strive for the Unique

I enjoy seeing photographs that have been taken by other people.  It gives me a chance to see the world through other eyes, especially in how they approach subjects that I am familiar with.  The problem, though, is avoiding cliche.  It is very easy to be influenced by what others have done before, especially when you like the results.  The trick (and art) is building on what others have done and then creating something that is uniquely your own.

To demonstrate what I mean, here are a set of photos that I took of the Eiffel Tower (certainly one of the most photographed subjects in the world).  I was on one of Cynthia's photography workshops and she had arranged for us to visit a houseboat/barge that was berthed across the Seine from the Tower. 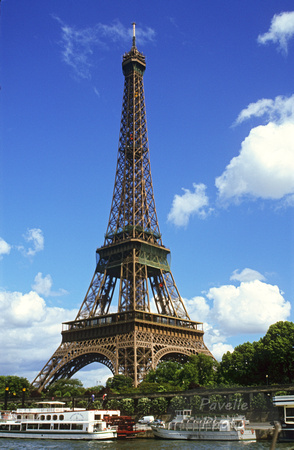 As I've mentioned before, my first shot is almost always a general image that shows the scene.  So, here's the Eiffel Tower.  It's not a bad photo, but doesn't really have any personality to it. 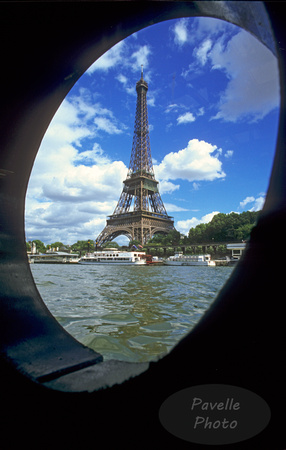 So, here's the next shot.  Take a step back and consider the subject.  In this case, frame the tower in a porthole.  The bright areas provide some focus and a more interesting composition.  The river in the foreground also helps estabilsh the location from which the photo was taken. 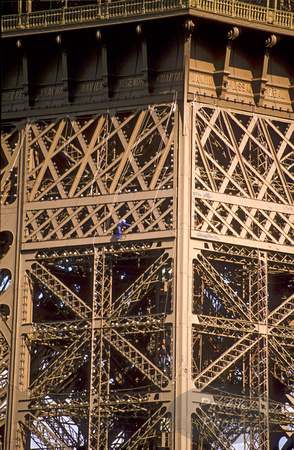 This next image was taken on the deck as I was sitting around and drinking some San Pellegrino and relaxing.  I saw the workman on one of the tower's legs.  Now you get a sense of scale and structure.  If this was taken using a digital camera instead of slides, I would probably recompose slightly to not cut off the right side of the image.  Still I like the scale and sense of the structure you start seeing. 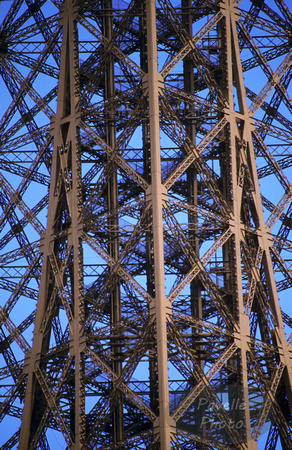 The more I studied the tower, the more I was attracted to the structure itself.  It is a fascinating piece of construction.  The open and closed girders are wonderful (as in full of wonder).  This image was taken to try and show the aesthetic enjoyment I was looking at.  It is also a view of the Eiffel Tower that I hadn't ever seen before.  You often see the full structure, but never the details of that structure. 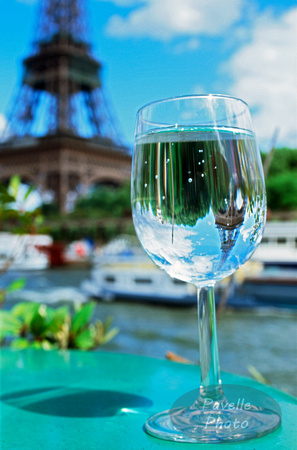 I would have been very happy that I had gotten something that felt uniquely mine at that point if I hadn't then sat back a little and seen the glass of fizzy water in front of me.  All of a sudden I had something special.  The tower was inverted and crystal clear.  I framed this shot to include the actual Eiffel Tower in the background with the clear reflection (if that's the proper term) in the glass.  I also knew I didn't want the background tower to be too sharp since that would distract from the image in the glass.  I love this image, partly because it is wholly mine.  I've never seen this affect in a photo (before or since).  My only regret is that I didn't then try it with a pale white wine which might even more epitomize France.