Today's shot is a chatty bald eagle that was at the raptor release on Saturday.

Also, even though no one asked, there is a reason I identified the gender on the kestrel in yesterday's photo.  Many types of birds look very different based on gender (with males generally the brighter/flashier colors, especially during breeding season).  This is not true of most raptors.  The bald eagle below, for example, is female.  However, the only reason I know that is that one of the volunteers told me.  Kestrels, however, do have different coloration based on gender (most noticeable in the blue color of male kestrel wings). 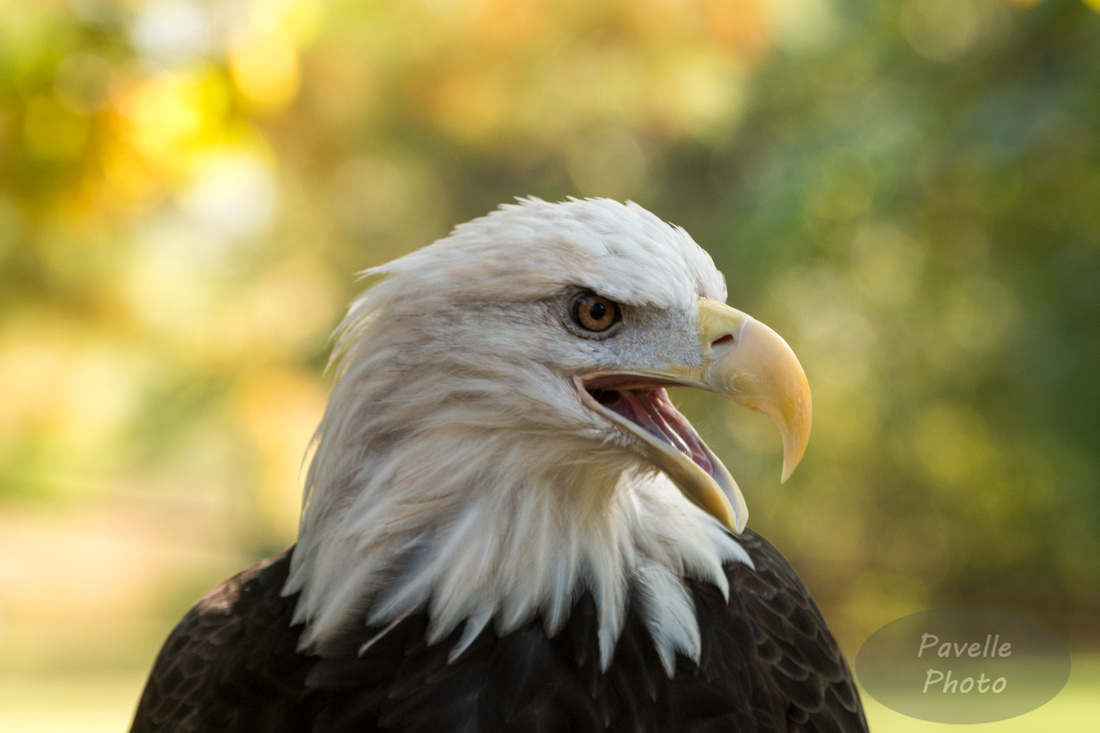