I've always liked shooting fountains and statues.  They're great to practice almost any type of shooting you want, from portrait to landscape to experimenting with textures in water (and lots else).  So, I was quite happy when my wanderings led me past the Bethesda Fountain in Central Park.

As you can see from the first image, this is a really nice, large, multi-tier fountain.  There is so much to play with if you have the time (and some proper equipment).  To begin with, there is a large set of stairs that lead down to the fountain.  This means you can get very different angles/backgrounds/perspectives with little effort (compare the first and second images to get a sense of what I mean).

One other thing I noticed while shooting was the way the pigeons roosting on the statue actually improved the image (at least to my mind).  This was because they seemed almost like living wing extensions, or maybe extra feathers.  The third image tries to demonstrate this effect.

There is a lot that I would do differently next time I have the opportunity to shoot this fountain.  First and foremost, I'm pretty sure this wants to be shot early in the day.  You'll notice a lot of shadows on the figures themselves.  This was after some heavier than normal (for me) processing in Lightroom to open up the image.  Earlier in the day the sun will hit the statue more full-on and thereby eliminate a lot of the shadows.  Second, a tripod would be really helpful to allow slower exposures (which would smooth out the water).  I'm not sure what range of lenses would be best, but a wide-angle zoom and a short (28-105) zoom would be worth having as well  (maybe a longer one as well, but I'd have that along for other places in the park rather than wanting it specifically for this fountain). 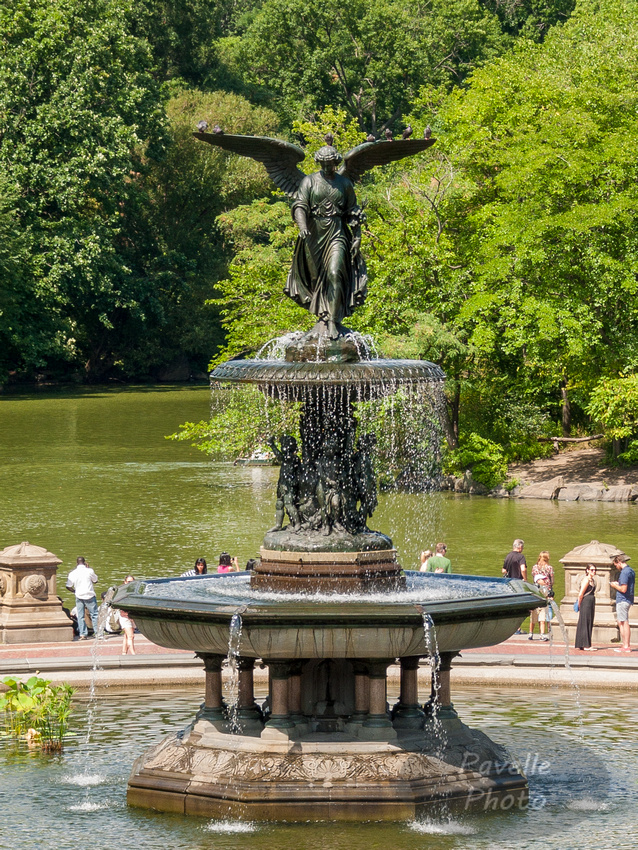 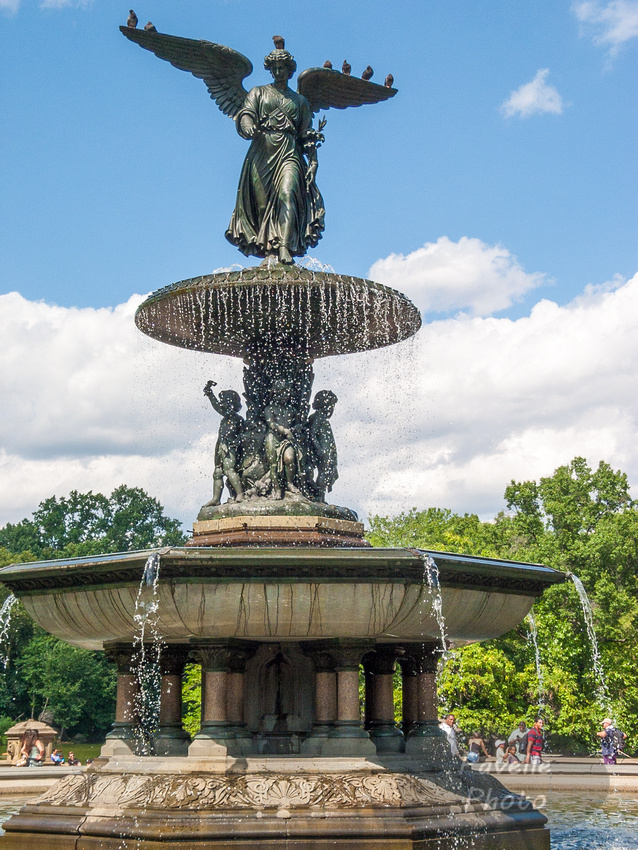 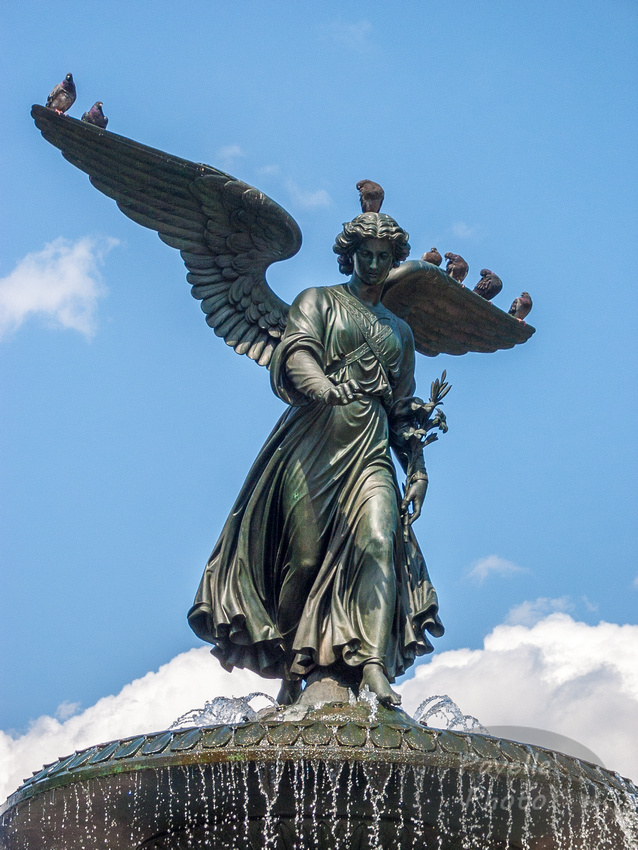