Under the stairs by the Bethesda Fountain is a truly unexpected treasure.  From the top of the stairs you won't know it's there, and then entrance behind the stairs only goes down, so you can't tell what you're missing.  However, if you go down those stairs or go down to the fountain and turn around you'll find a gloriously tiled and arcaded space.

What made it even more special while I was there was the guy playing the cello.  The music provided just the right atmosphere and a nice focal point for the image.  If I could set things up exactly the way I wanted, I would get rid of the two other people (maybe the cello case as well, but maybe not since it does help define the player).  If it was overcast outside the light might be more even, but I'm not sure how much difference it would make.  The biggest thing I'd change is that I'd probably spend an hour or so playing with the tiles and arches, different compositions of the player.  You know, playing.

That's a good note to end this set of posts on, and one that should be emphasized.  If you're going somehwere (even if it isn't to take photos), give yourself time to play and enjoy yourself.  That's the one thing that was lacking in all these.  I spent maybe 20 minutes shooting in Grand Central (back in post 1) and at most 2.5 hours wandering in Central Park (for several miles, with an absolute time I needed to be somewhere else). 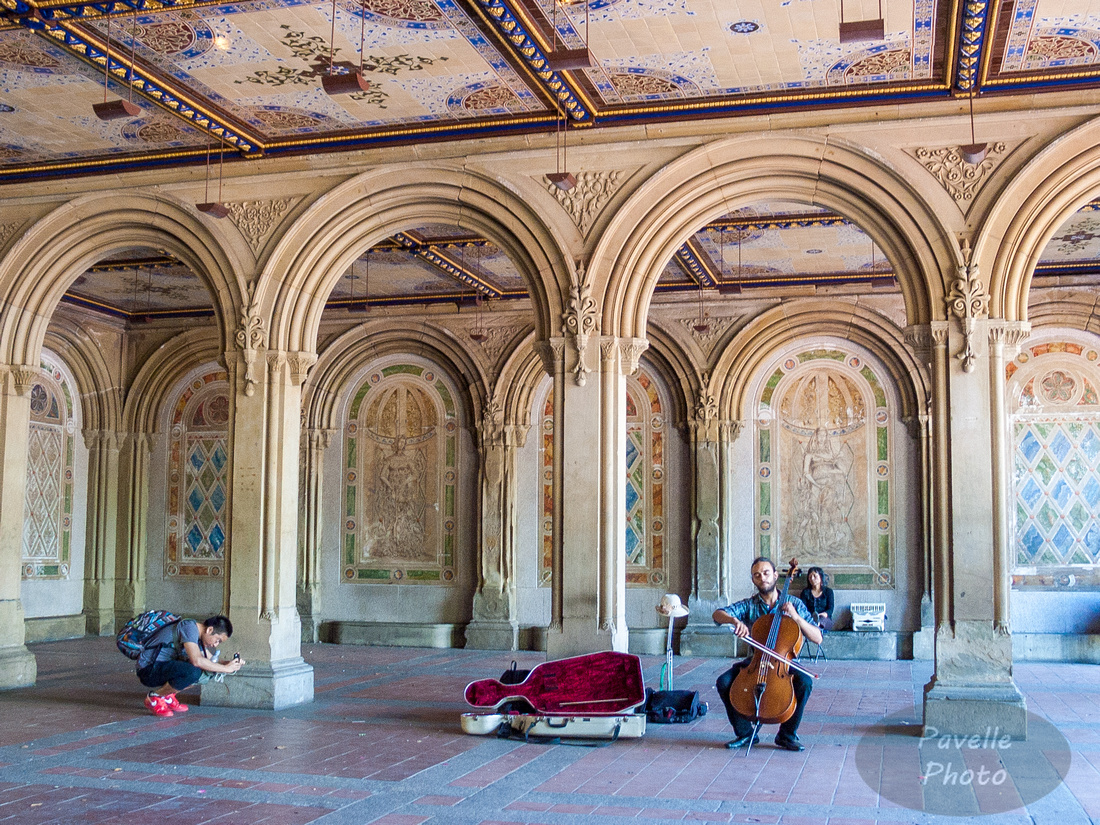