As I've mentioned before, I was on vacation last week.  One day I went into New York City to visit with some friends and wander around (taking some pictures, of course, with my small old digital camera).  So, for the next several days we'll wander together.  And, since my time and equipment was limited, I'll also discuss how I would do things differently if the opportunity presented itself in the future.

Since I lived in the suburbs all my life before moving to Minnesota, almost all my excursions to New York begin in Grand Central Terminal.  This is a GORGEOUS building that is well worth visiting (even if your train doesn't stop there).  The below image is one that you will see all over since it is easy to compose (simply stand on the balcony in front of the Apple Store, rest your camera on the railing for stability, and shoot as wide angle as you can).

If I were to try and redo this image, there are several changes I would make.  First, I would make the image during rush hour (say 8:30 AM) in order to increase the crowd size.  Then take the shot with as slow a shutter speed as possible to get the crowd movement (this would probably require a tripod).  I'd also center things a bit more so that the windows at the top are symmetrical.

There are other shots of the terminal that I considered or tried that didn't work out, showing the arrival and departure boards.  I'm not sure the best place to take them from, but next time I'd give it a shot.  There are also really nice friezes above some of the gates (especially on the lower level) that would be worth a shot or two.

Tomorrow we venture out into the city. 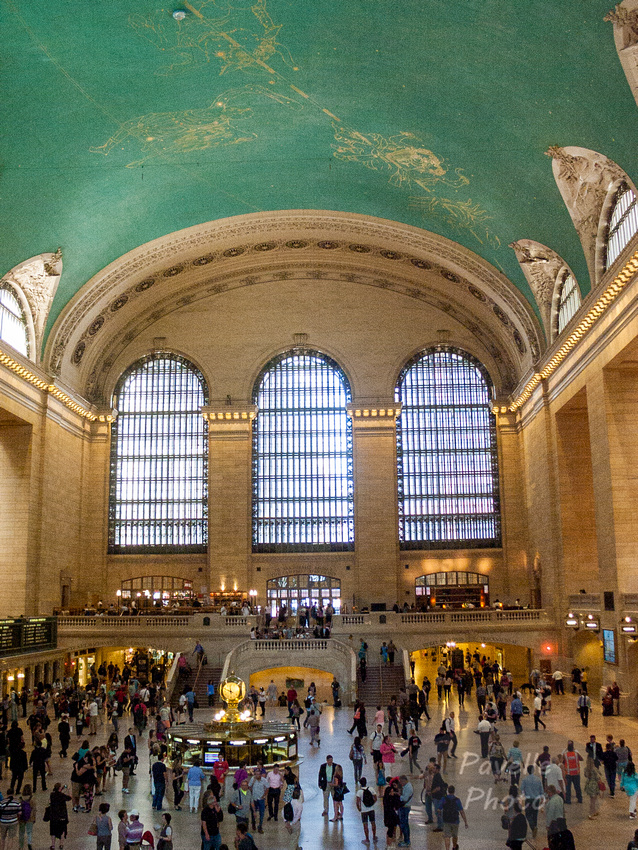 And here's a closer viw of one of the upper windows. 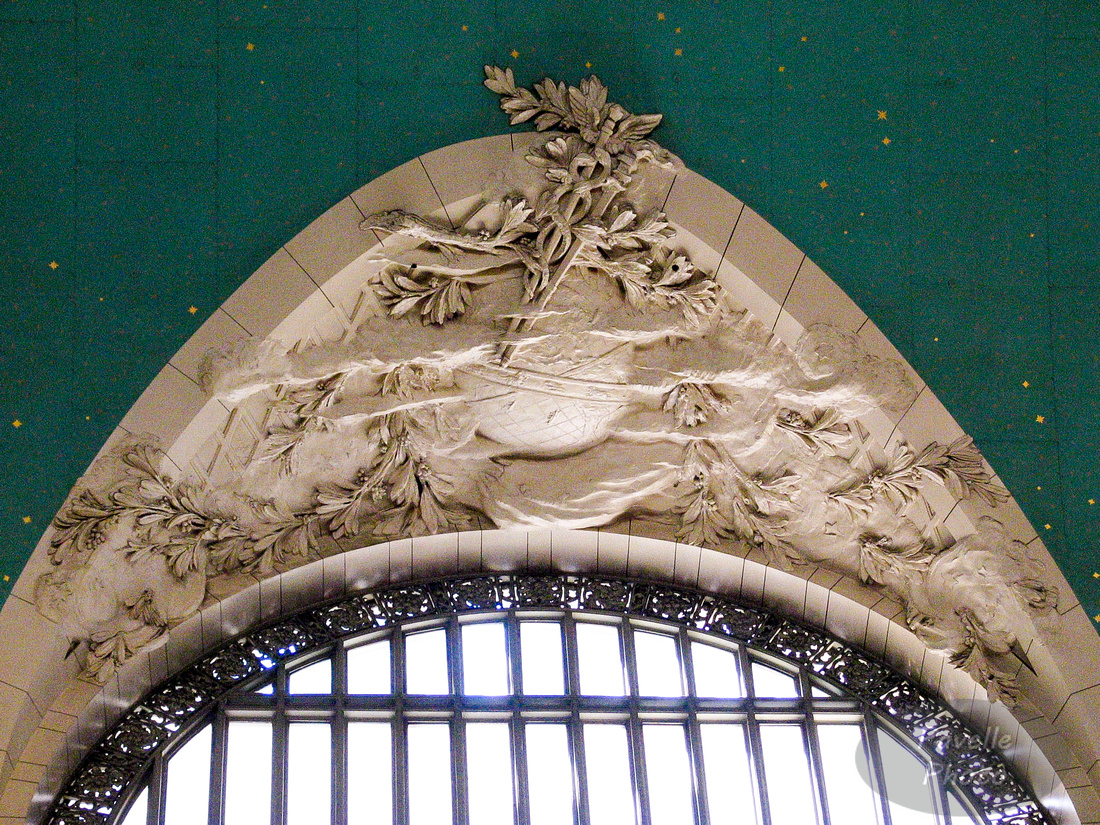