I think we'll move upstream for the next day or two until reaching Minnehaha Falls.

As mentioned previously, I was out at the falls yesterday with a couple of other photographers.  Since I had stopped to capture a couple of images of the falls themselves (tomorrow's image), they continued downstream a bit.  I caught up to them at bridge, shooting it from the other side.  I checked it for myself, but there was some graffiti I found distracting, plus the foreground was uninteresting.  So, I crossed back over the bridge and down the steps as far as possible; and found I had to switch to a wide angle lens in order to get the entire bridge in frame.  The steps provided the anchor I wanted in the foreground.  A slow shutter speed and small aperture provided good depth of field and smoothed out the stream.

But, the color was somewhat muddy.  So, a quick conversion to black and white solved that problem and I have a really nice image as a result. 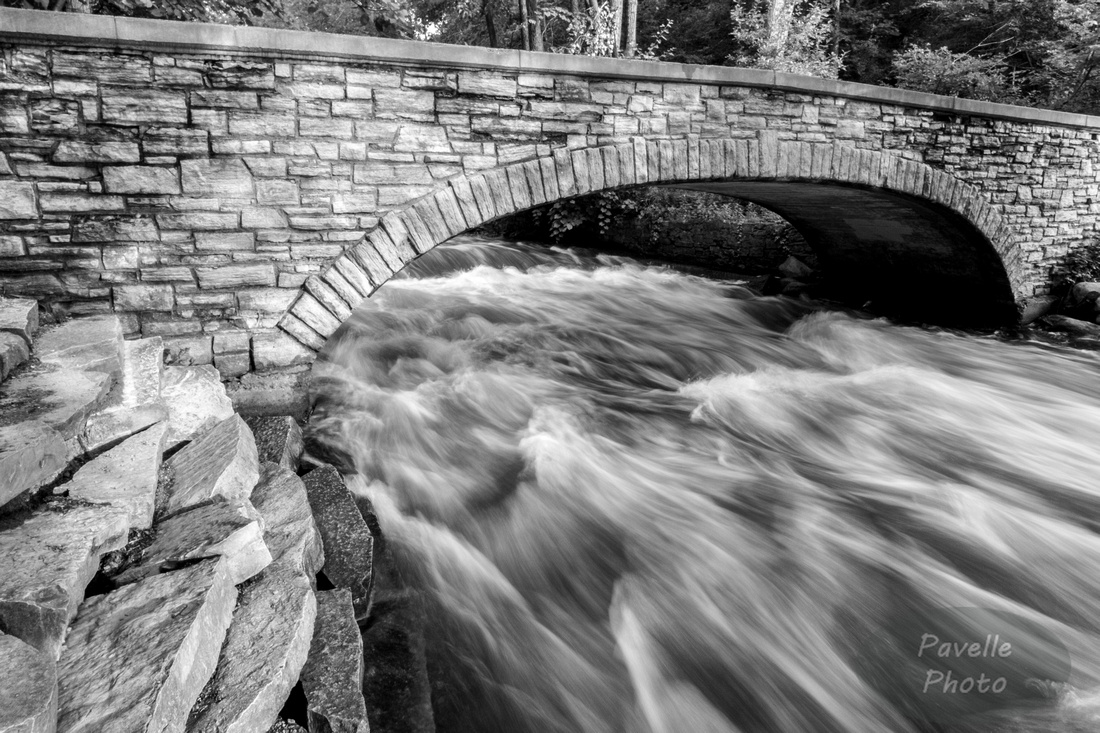