I don't remember the first time I decided to try shooting flowers from the back, but it may have been this one here.  This was in the years before digital and I wanted to learn more about developing shots.  So, I took a course on black and white photography.

Since it was a winter course, I was mostly stuck inside.  One afternoon I decided to pick up a couple of flowers (memory says one was a gerbera daisy and the other was a stargazer lily) and see what I could get.  Since they wouldn't always stand up straight in the sorta vase I was using, every now and then I'd be looking at the stem and back of the flower.  I like the texture and color contrast, which I thought would made a good image.  I've shot many flowers since and still like this sort of composition.

But, I'm still not a huge fan of black and white. 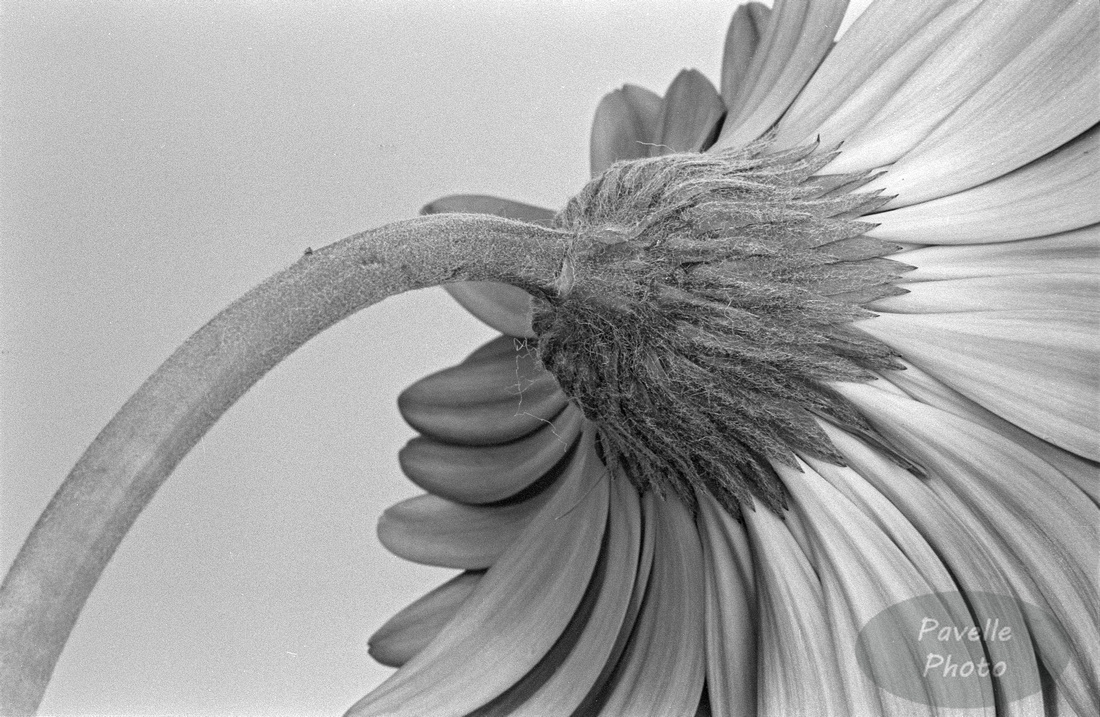 In early 2001, I took a course on developing black and white photography. This image was scanned from the original negative from that class and fixed up using Photoshop.