As I've been mentioning frequently (too frequently?), there is a lot to see at the Arboretum these days.  Today's photo is from the Iris Garden and shows a bearded iris named "My Keepsake".  This is one of (I think) 100+ irises that are on display there.

Irises are fun flowers to photograph because they have so much going on.  They have lots of texture and color in the petals, and an interesting shape that changes based on the angle you are viewing at.

They also have lots of relative depth, which makes sharpness tough to maintain.  Fortunately, this is something that is relatively easy to overcome digitally by using a technique called "focus stacking".  What you do is take multiple frames of the same setup, changing where the focus point is and then combine them in photoshop or some other software.  So, for instance, here I have 5 or so images combined:  one where the front of the petal is sharp, one for the middle, one for the yellow beard part, one for the edge of the back leaf and one for the edge of one of the side leaves.  Between them everything I care about in the flower is sharp (but the background remains nicely softened).  Next time I'll get things a bit more centered, but overall I'm very happy. 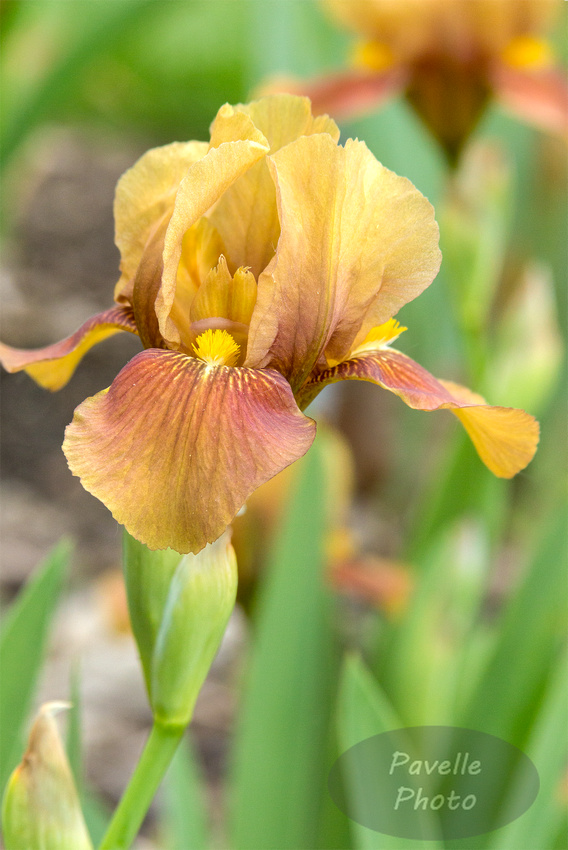