The other day a friend jokingly asked whether taking a photo of a mallard counts as wildlife photography.  After all, they are all over the place.  Many are so used to people that they will let you get shockingly close to them.  Almost domesticated, you could say.  Still, I don't think anyone would seriously question whether they are wild.  In fact, my answer was that they are just as much wildlife as squirrels, pigeons, Canadian geese or any other creature that can leave whenever they want.

I then started thinking about some of the more nuanced questions.  Zoos, for instance, are definitely filled with captive animals.  Would butterfly exhibits also count as captive?  Certainly yes for non-native species, but what about domestic ones like the exhibit that just opened at the Arboretum?  For them, probably still considered captive since they can't escape.

But what about birds held by the Raptor Center?  The ones they use for educational purposes are certainly captive.  But, their mission is to rehabilitate and release whenever possible.  Once it is released, I don't think anyone can question that it is once more a wild bird, not a captive or domesticated one.  The below image shows that moment. 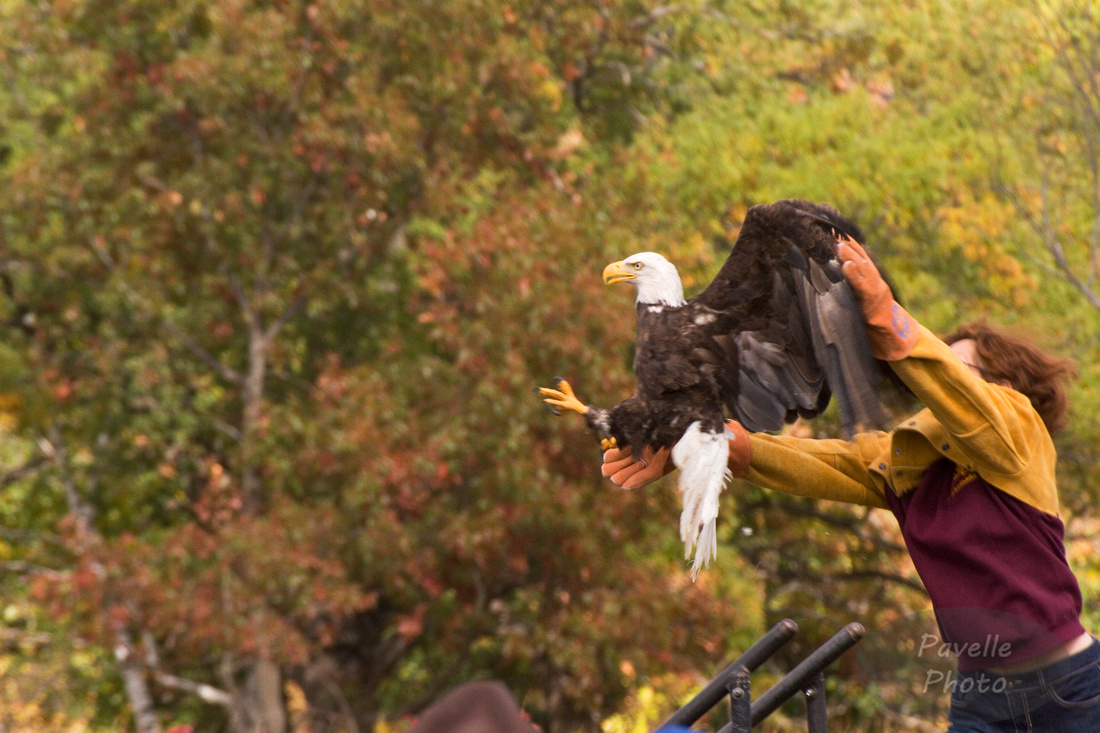